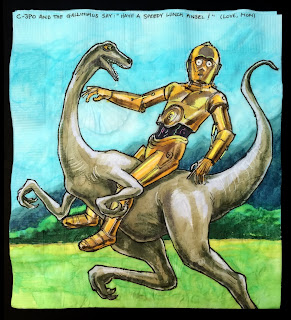 According to the Jurassic World website "Gallimimus" means "Chicken mimic"
These dinosaurs are shown running in a large flock in both the first "Jurassic Park" and the recent "Jurassic World"...probably as a call-back to the original film.