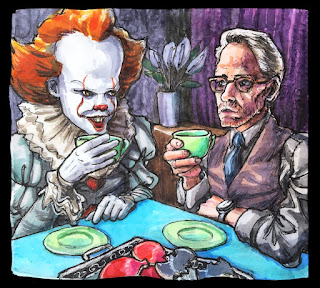 (Was the Clown Prince not invited?)

Yes, it is true, I was required to escort four 14 year olds to a screening of "IT" over the holiday weekend.

Since the birth of our first son, I have seen a great many movies that I would not have chosen for myself. Sometimes I am pleasantly surprised. Sometimes not.

My greatest hope for "IT" was that it would freak out our older son enough to keep him from sneaking out to our darkened living room in the middle of the night to check Instagram.

The attitude at our local theater seemed to indicate that the movie was genuinely disturbing: there were signs posted on all the entrance doors stating that absolutely no one under 12 would be allowed in even with parental escort. And the ticket seller informed me that I couldn't just buy the adolescents' tickets. I had to be sure to sit right next to them.

Having survived the screening, I can report that it was not much more scary than say something like the preview for "Lights Out," or "Annabelle."  Nor was it effective at curbing the desire for midnight teenage social media updates.

Sadly, unlike many other movies that I have seen with my kids, I did not find it possible to doze during it. Maybe that is a compliment. But I'm afraid it had more to do with the "jump scares" liberally distributed throughout.

I suppose, geriatric that I am, I might prefer horror movies where there is more suggestive build-up and less actual gory mayhem. Once you've gnawed a small child's arm off in the opening scene, where can you go from there?

On this napkin, I am imagining a more civilized visit with evil. Because who is more civilized than Alfred? (I was aiming for the Jeremy Irons "Batman V Superman incarnation of Alfred, if that needs to be said, which it unfortunately does)

And there was that dumb thing about them both having "Penny" in their names.

But did Alfred make the frosted red balloon and batarang sugar cookies? Or maybe Pennywise brought them as a thoughtful hostess gift?
Posted by ninalevy at 5:59 PM No comments:

Hairless Pets We Don't Have 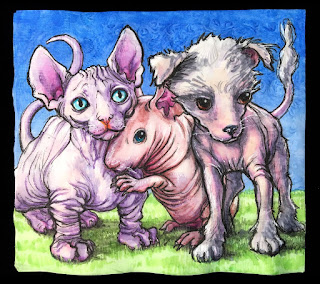 My son has been wishing for a munchkin cat lately...

Why not a munchkin sphynx?...

And a hairless rat
And a crested dog?

Who could be allergic to this crew?

My son was not impressed (to say the least) by the idea of pets without fur.
But I find the idea of a hairless cat perhaps less troubling than a cat with short legs.
Having cohabited with felines for many years before I married an allergic man, my considered opinion is that the average feline is at least as attached to being able to leap on to the kitchen counter as he or she is to being furry.

But who knows. None of these animals will be living in our house anytime soon.
....with or without their fur...or their legs.
Posted by ninalevy at 8:09 PM No comments: 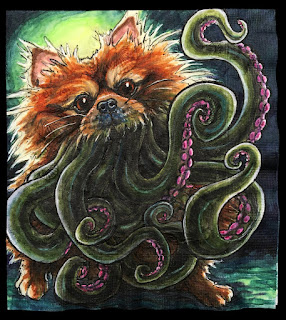 "It seemed to be a sort of monster...of a form which only a diseased fancy could conceive"
-H.P. Lovecraft

Our younger son still wants a dog, desperately...and it must be a Pomeranian despite shedding and allergy issues.

Cthulhu waits dreaming......
Posted by ninalevy at 5:48 PM No comments: 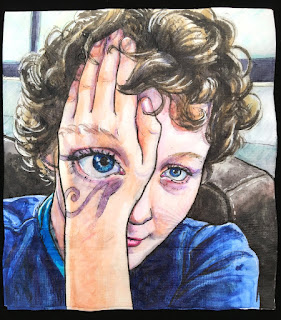 Perhaps a well known YouTube personality has a eye tattoo on his hand that our younger son admires. I am not at liberty to comment on the source.

I can report, based on a few minutes of googling, that there sure are a lot of eye tattoos out there, and that many of them are on hands, and quite a few reference the Egyptian Eye of Horus.

My rendition here is much more portrait than realistic tattoo depiction. And I am certainly not encouraging permanent ink for 10 year olds.... Although at this point in our relationship, if I did not want my kids to get inked, the most strategic thing I could do would be to strongly encourage them to get many prominent tattoos.
Posted by ninalevy at 7:57 PM No comments: 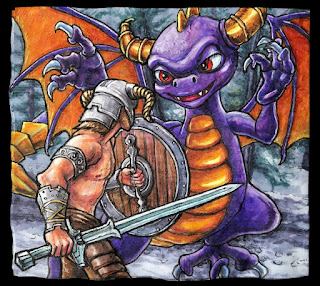 Skyrimlanders. Or is it Skylandrim?
The younger set takes on The Elder Scrolls and Spyro the Dragon faces the Dovahkiin

Our sons might be too old for Skylanders, and technically too young for Skyrim.

But we are all pretty confused at this point about what is age appropriate.

Our older son claims that he has been playing Skyrim in a mod that turns all the dragons into Thomas the Tank Engine, but I have not personally observed this.

If there is one for Thomas, there should definitely be a Skylanders mod for the Elder Scrolls, but I don't know if such a thing exists. Although purple Spyro would seem to be the Barney of the Skyrim dragon universe. I considered drawing the "Dark Spyro" version of the character, where he looks more serious in black and silver.

But I decided if I were going to mash up the two games that Spyro should be in his more colorful, child friendly form.
Posted by ninalevy at 9:06 PM No comments: 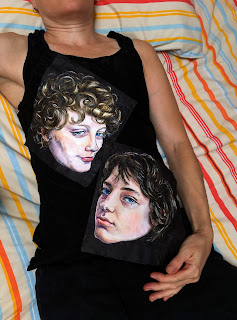 School is coming up soon, and we are spending some quality time together as a family.
So that the kids will appreciate going back to school.

They are rarely impressed by my parenting lately.

But probably for not exactly the same reasons.


PS: I am still working on this one.  It's really hard to compose a photo of yourself with the non selfie  side of the phone.  My sons each came in to look at me a few times while I was trying to take this shot, wondering what could possibly be taking me so long when there was food that I could have been serving them.
It is still not the composition that I had in mind, but coincidentally, my phone is no longer functioning as a camera...or as a phone for that matter... so I am done for the moment. 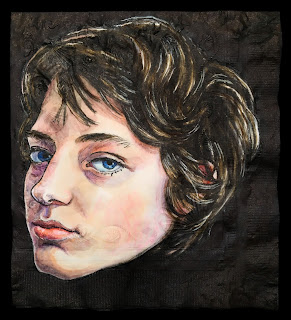