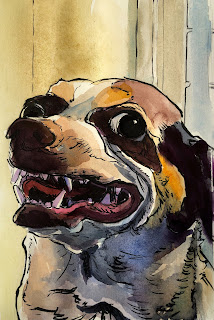 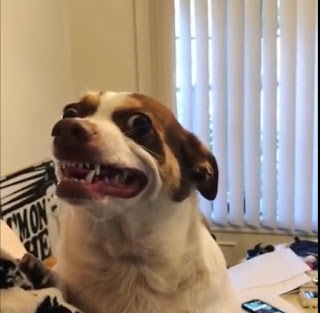 Sometimes It Pays To Be An Asshole:

(At Least If You Are A Cute Dog on the Internet)

(Yes, I am already running a day late)

Mister Bubz is not really a meme or a cursed image, so he is a bit of break from the Inktober theme thus far. But let’s say that his role as a canine web influencer and “the angriest dog on the internet,” makes him meme-adjacent, and maybe even cursed-adjacent.

His constant growling also makes him a thematic relative of the earlier internet-famous screaming pugs, dogs who are similarly cute and awful simultaneously.

But I don’t think the screaming pugs ever worked with the trademark team that also represents Britany Spears, or were invited to Ozzy Osbourne’s 70th birthday as Mister Bubz was.

Though I don’t know that for a fact.