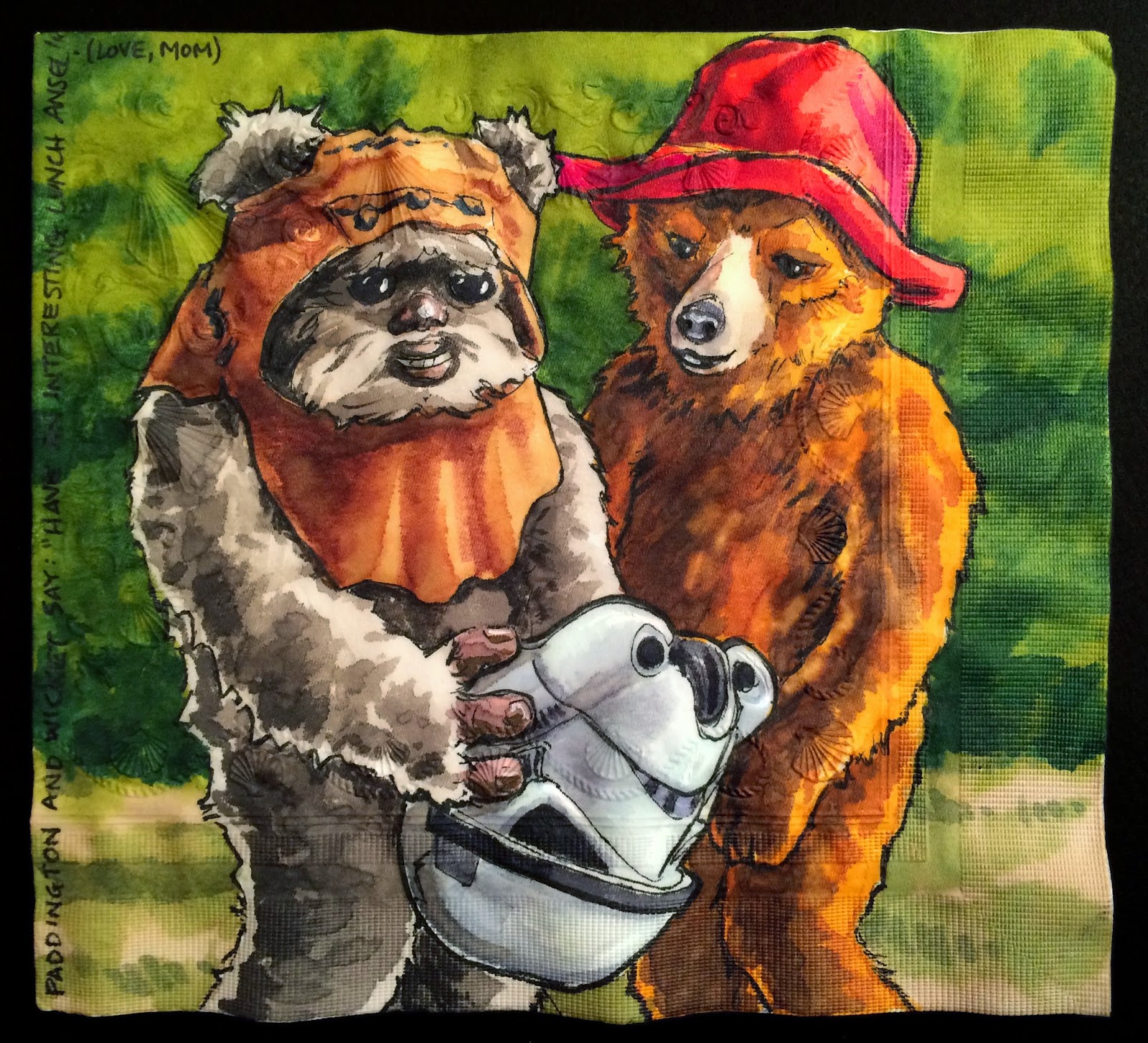 An Ewok and a Bear share a moment.
Maybe they are considering eating something other than marmalade?

I thought that Wicket and Paddington had so much in common, how could I not put them together on a napkin?  They are both short, furry persons who wear stuff on their heads and live in forests.

And Ewoks and Bears are sometimes predatory. If the details of "Return of the Jedi" are not fresh in your mind, my sons would be happy to remind you that the Ewoks initially try to roast Luke and Han alive for dinner. At the conclusion of the movie, the Ewoks are playing Storm Trooper helmets and armor like a xylophone, and the suggestion is that the former occupants of the armor have met a rather unfortunate, (but perhaps not unsavory) end.

Of course Paddington and his much larger Aunt Lucy and Uncle Pastuzo seem to prefer to eat marmalade.  Spectacled Bears, the real life bears who live in Peru, actually eat very little meat. (I looked this up on Wikipedia, can you believe it?) But they do eat some flesh when it is available.