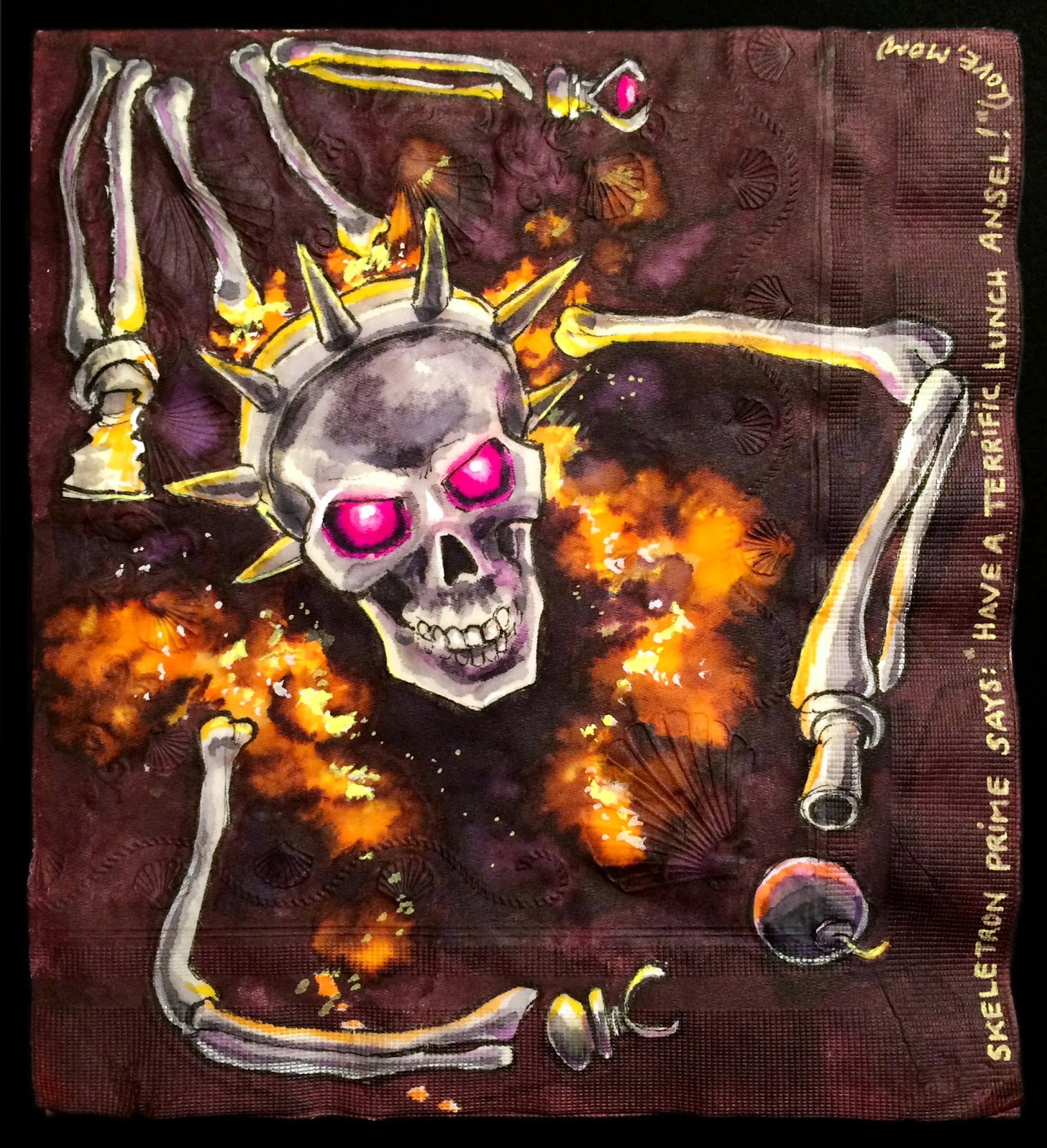 Watch out for "Rage Mode":


When you live with two kids who are utterly unconvinced by the axiom that "children should be seen and not heard," it is hard to steer dinner table conversation to contemporary events, world politics, or even to what happened at school today....

...when you could be discussing the endlessly fascinating topic of Terraria instead.

Skeletron Prime is a "Hardmode Mechanical Boss" in the game, in case you are wondering. He is comprised of a skull, sometimes spinning and sporting spikes, and four autonomous weaponized limbs.  He will "occasionally enter 'Rage Mode' in which his attacks become more aggressive." And from what I can tell, if one does not kill him by dawn, one's goose is pretty much cooked.

I quoted the above information from the Terraria wiki, but it has probably been lobbed across the dinner table in the middle of the adults' attempted conversation about....well, anything.  Sometimes it is hard for me to catch the precise details being offered about a game when I am busy expressing my opinion that perhaps we could be discussing something else.

As you can tell by the napkins, I do make a genuine effort to take an interest in my sons' interests.
And I try to positively and gently encourage them to take an occasional interest in MY interests.

And I am working on my parental Rage Mode.
Posted by ninalevy at 1:31 PM