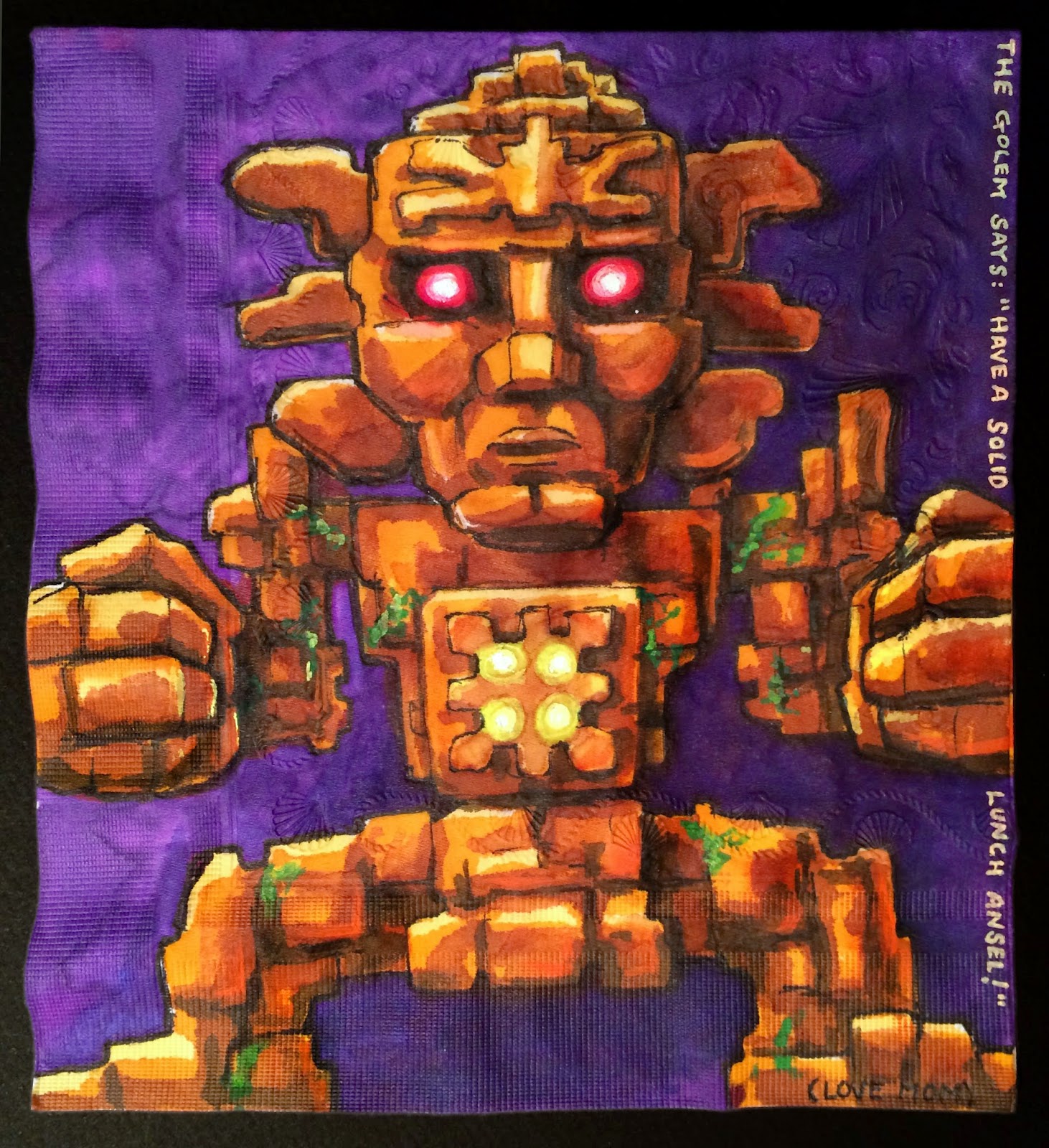 Yes, it is another boss from Terraria.
Terraria seems to have upstaged Minecraft in popularity in my son's second grade classroom this week.

Ansel has already plotted out the next few days of napkins featuring Terraria bosses for me. We haven't had a run of napkins on one topic like this for quite a long time. My older son had an unfortunate obsession with DragonVale several years ago. Before that, there was an even more entrenched fixation on Pokemon.

Now, as in the case of the two previous obsessions, there is a bit of compensation via napkin going on. Terraria bosses that have not yet been encountered, much less defeated, DragonVale dragons that had not been hatched, and Pokemon cards that could not be afforded can at least appear on napkins.

Ansel is usually much more ambivalent about the napkins than by his older brother was. He tells me that he often does not show them to the other kids at lunch. But he does seem to be enjoying the attention of his Terraria-fan classmates lately. I suspect the recent requests might even be coming from other kids

I know that my ability to help him seem cool to his peers is going to disappear as he gets older, so if it's working a little bit now, I am pretty happy to oblige.

Here's an image of the Golem from the Terraria Wiki: 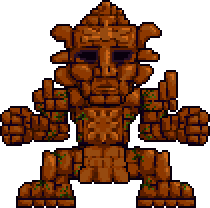