Ewok Pilot and Yoda Hanging Out 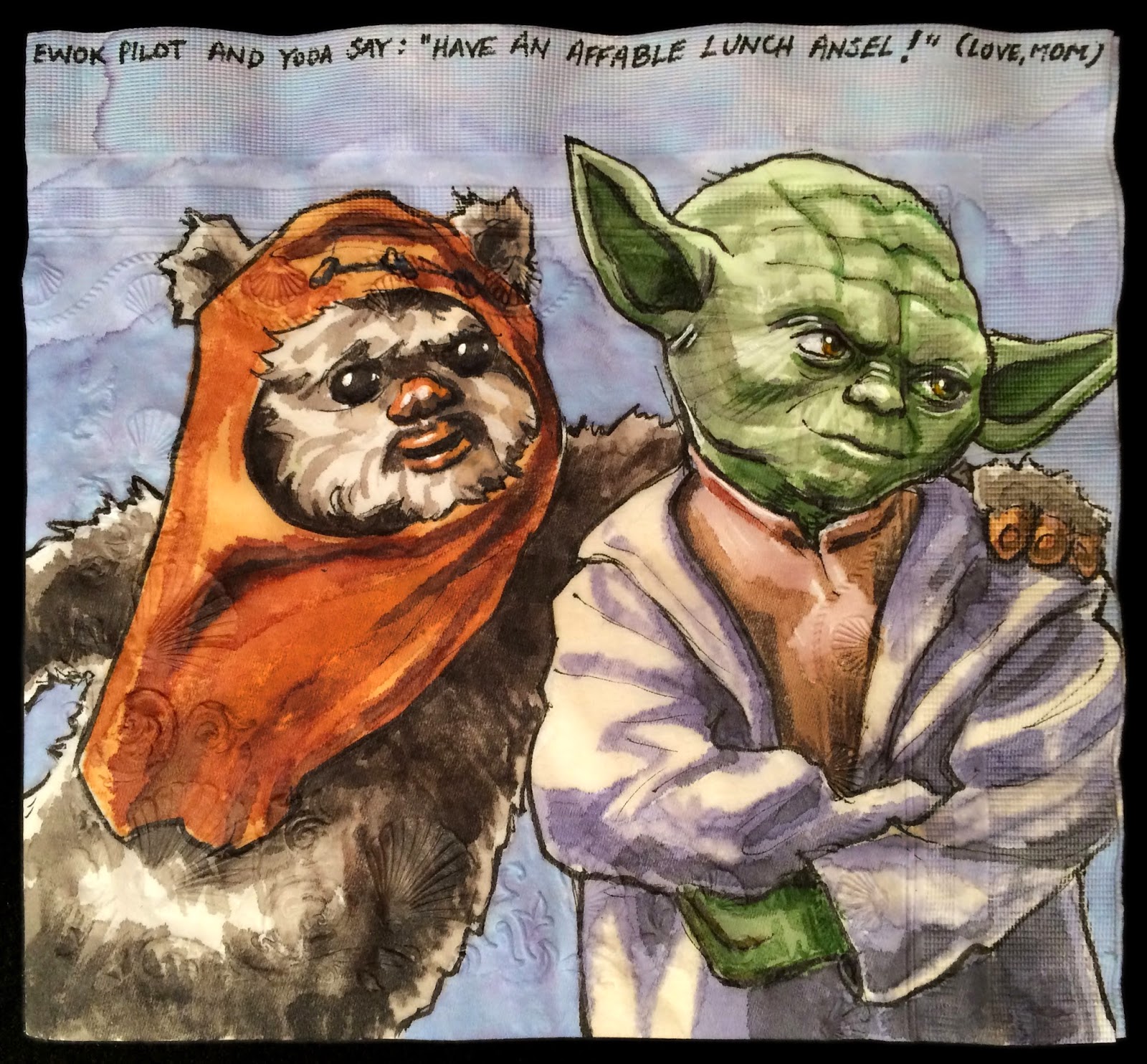 There's been a little resurgence of interest in things Star Wars recently at our house. The contents of the enormous container of action figures and space ships got strewn all over the hallway, and we reread some of Jeffrey Brown's "Jedi Academy" series.

One of Ansel's favorite aspects of the series is "Ewok Pilot" a comic-within-the-book penned by the main character. The Ewok Pilot creates humorous disorder and speaks in cute Ewokisms along the lines of the aforementioned "Yub Yub!" and the always popular "EE Chee wa maa!!"

While the two characters might be near the same height, I didn't think Yoda would be as  impressed as my sons are with Ewok Pilot


And....pathetically, I just have to point out how nicely the napkin pattern lined up with Yoda's face. It's rare that I am able to make it work out so well.
Sad that this passes as a visual design accomplishment for me, but so be it. 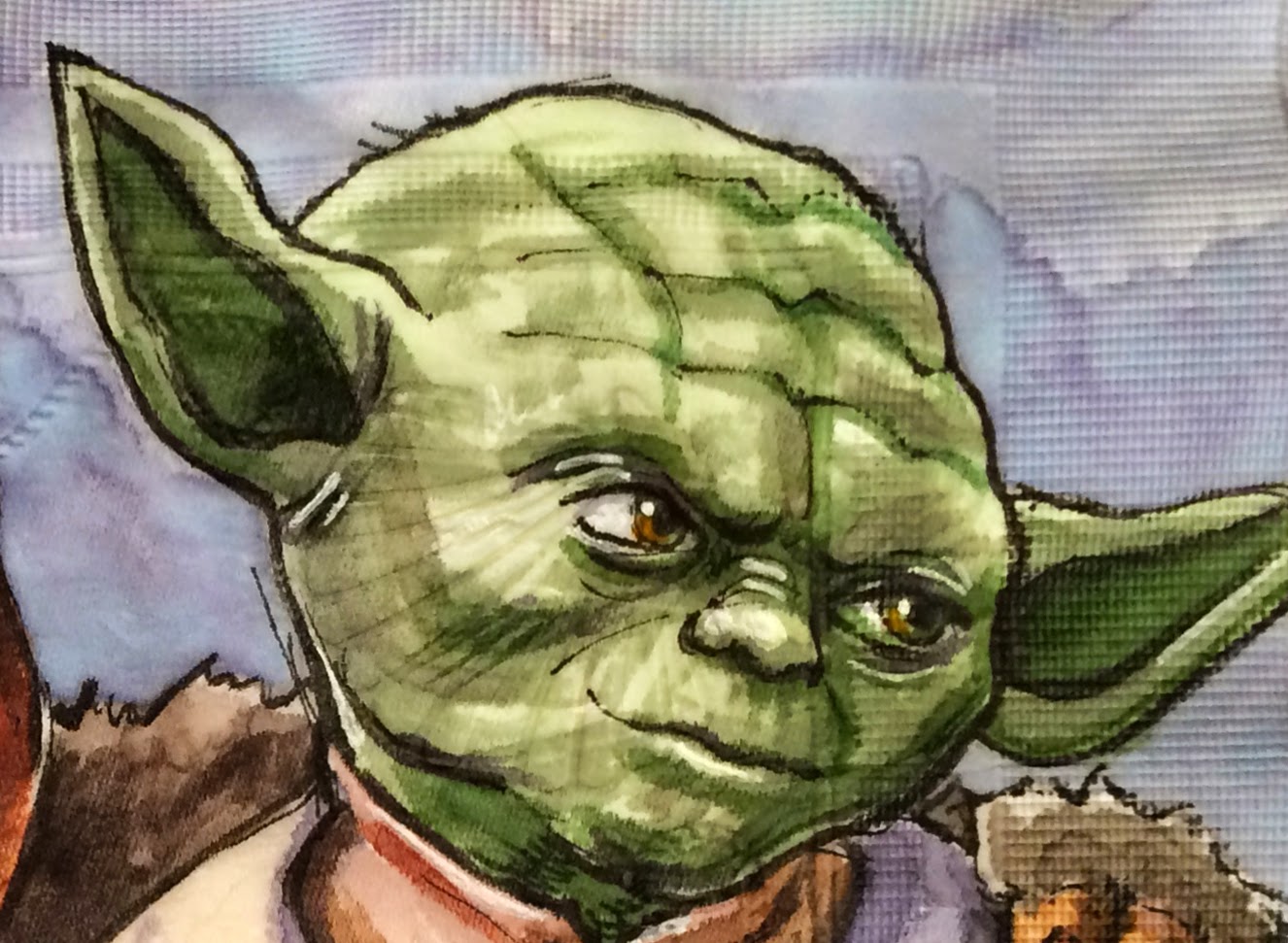