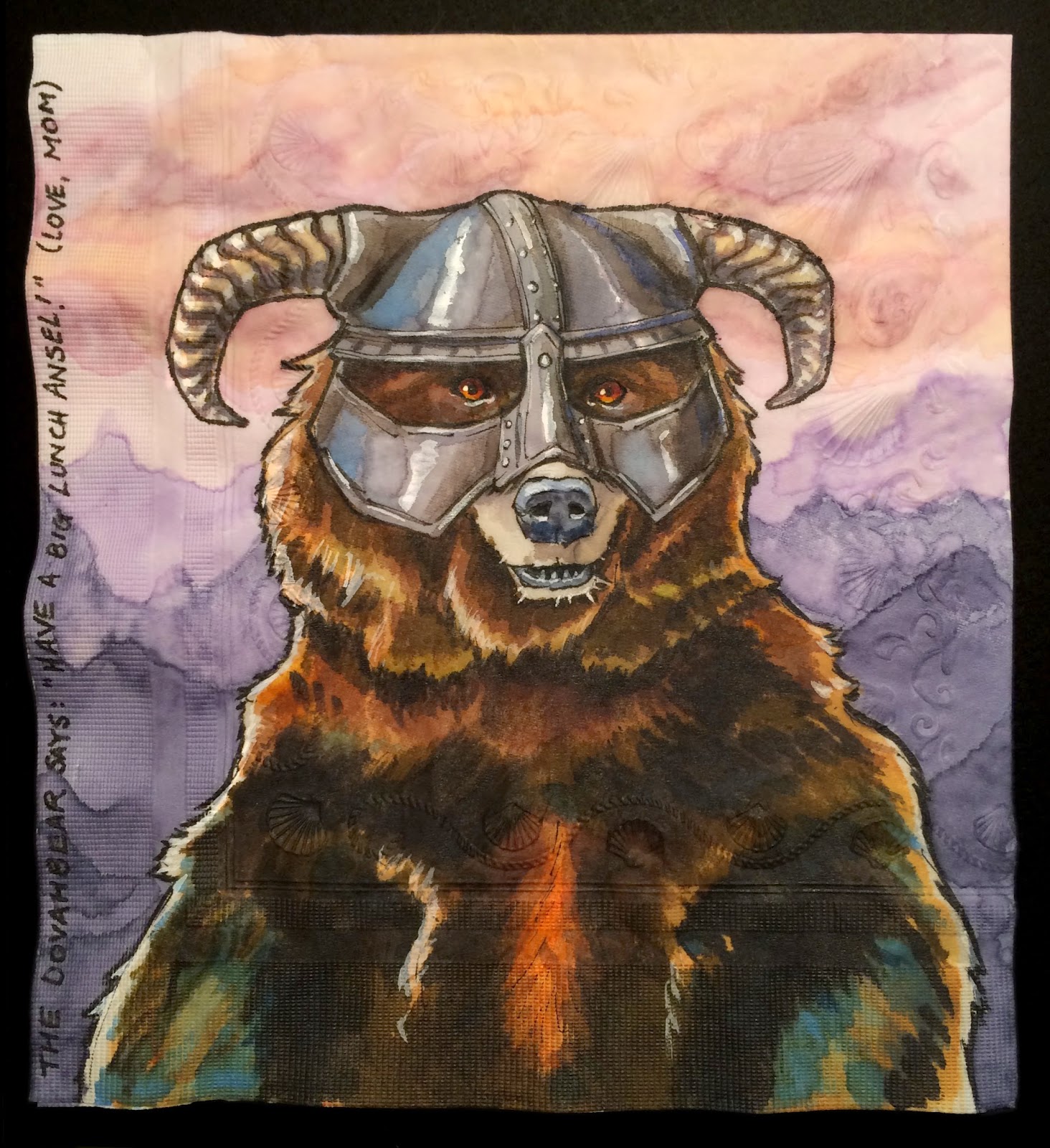 My older son turned twelve this morning, and has now renewed the argument that he is old enough for M rated games like Assassin's Creed and Skyrim. After all, we let him play some 12 plus games when he was a mere 10 or 11. He is wisely not extending this argument to Grand Theft Auto at the moment...although he has on other occasions.

As far as I know, there is no lap dancing in Skyrim. But there are Dovahbears, and they are pretty enticing as far as both kids are concerned.
Posted by ninalevy at 10:39 AM