Wicket and Chopper with Candy Corn 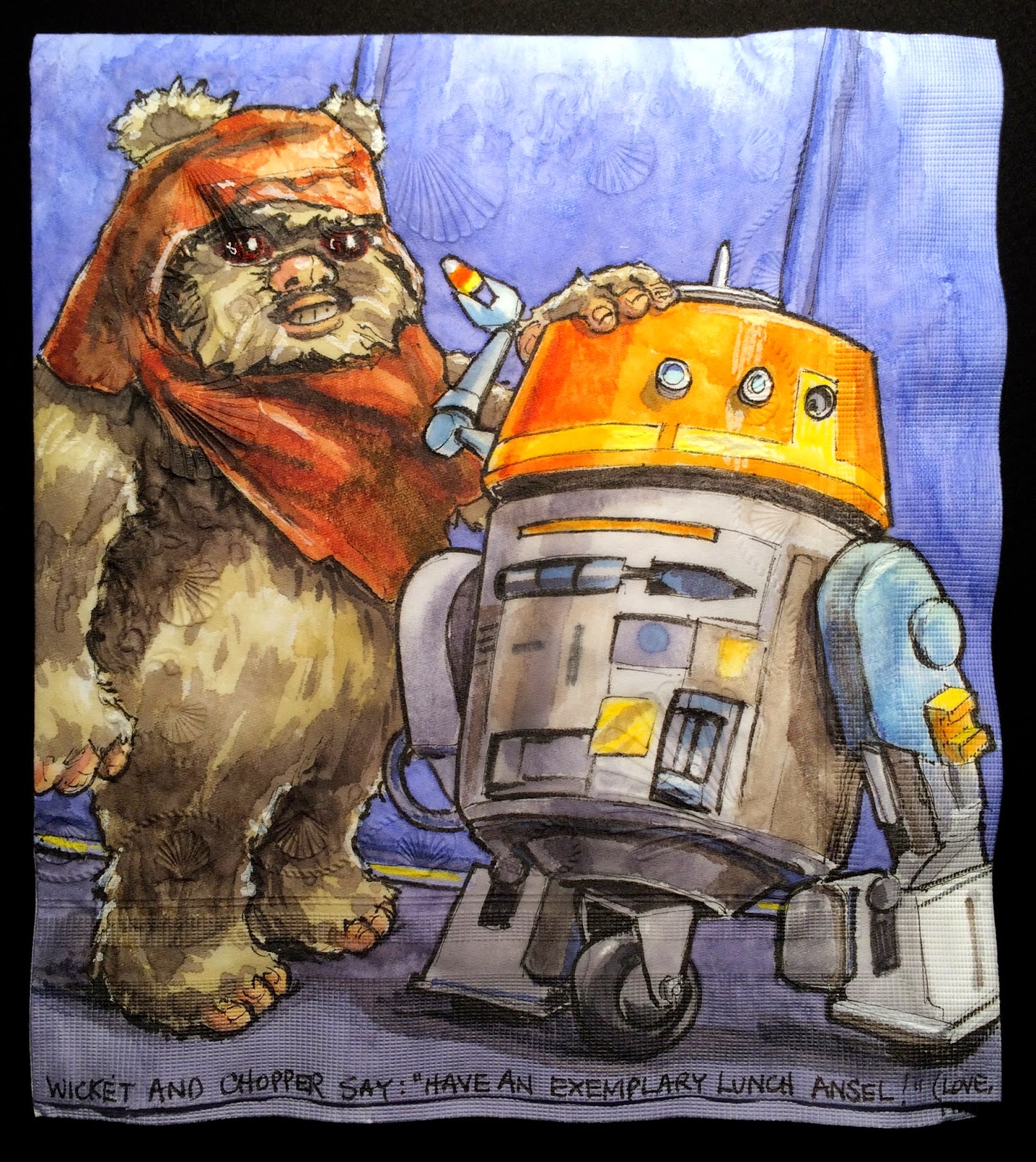 As I needed to paint a lot of straps onto a pair of sweatpants for Archer's costume for today's incredibly important Middle School Halloween Dance last night, I warned Ansel that I might not be able to manage a good drawing for today's napkin. (Hint: there is a tall stack of napkins that have not been to school yet, choose one of those.)

Ansel told me he has been hoping that Ewoks will turn up on the new "Star Wars Rebels" TV show.  I said something noncommittal about how there are a lot of aliens to choose from in the Star Wars (expanded) universe.  He responded, "Well, they have picked mostly pedestrian aliens for the show so far."

Ansel had apraxia in his early life (a neurological based speech disorder) and sometimes, even at seven years old, he is not saying what I think he is saying. So I asked somewhat condescendingly, "What do you mean by 'pedestrian?'  That word means someone who is walking.  It can also mean boring or uninspired..."

He responded, somewhat irritated by my question, "Yes, I know. That is why I used the word."

Alright. I guess an Ewok would not be a pedestrian choice.