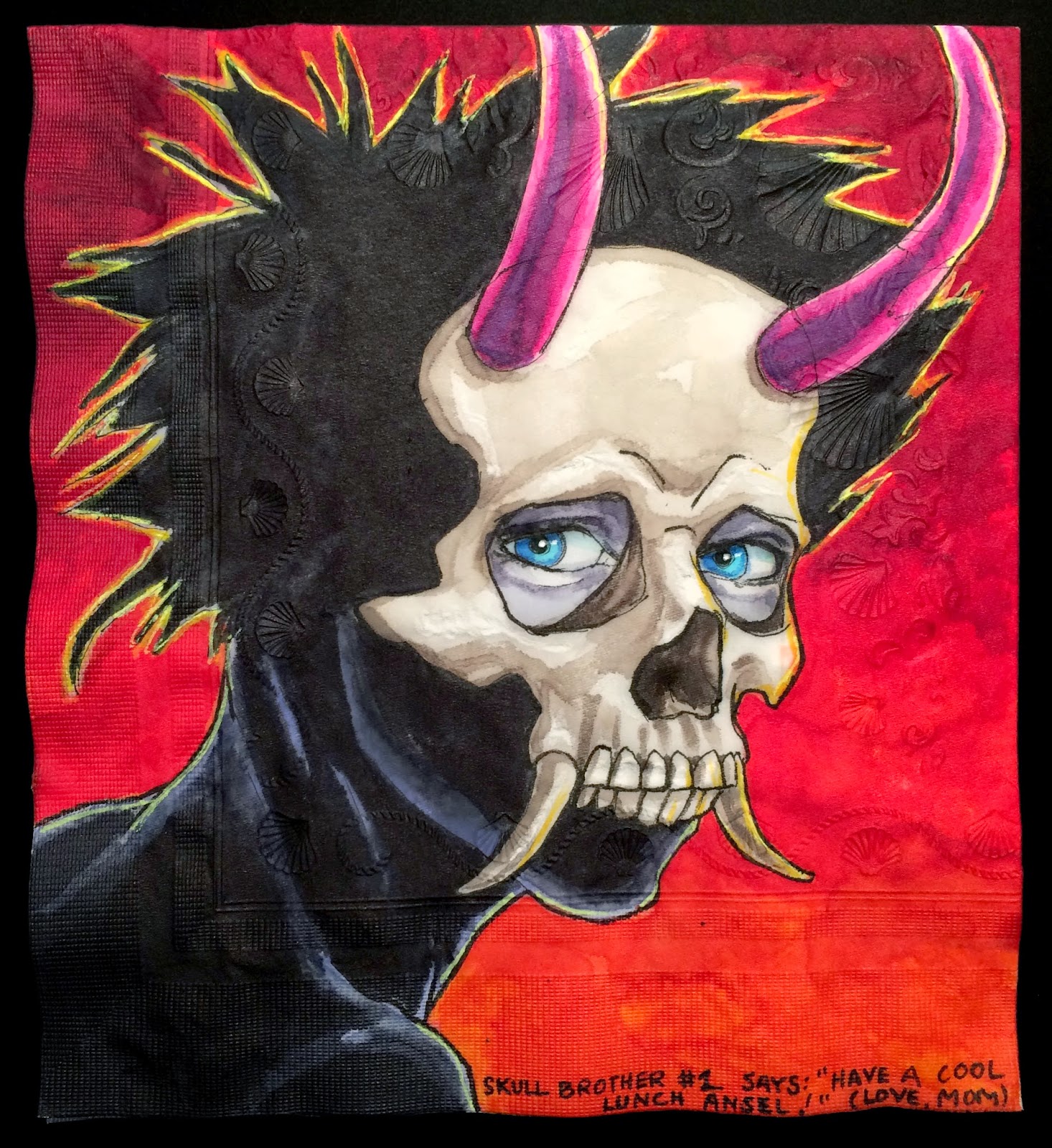 Ansel insists that we reread this book by Mark Andrew Smith, art by Armand Villavert, at least once every couple of months.

"Gladstone's"  is a story about the kids of super-villains, including Ansel's favorites, the infamous Skull Brothers. Not only do the masked brothers look cool and carry an erxtensive armory of weapons, they are appealing to Ansel because their mother is locked in the super villain prison and they are free of adult authority. And even in the context of the bad guy community, the Skull Bros  are definitely up to no good.

My more realistic version of Skull Brother number two definitely diminished his coolness.
You can see the cooler originals on the Gladstone's Facebook page.