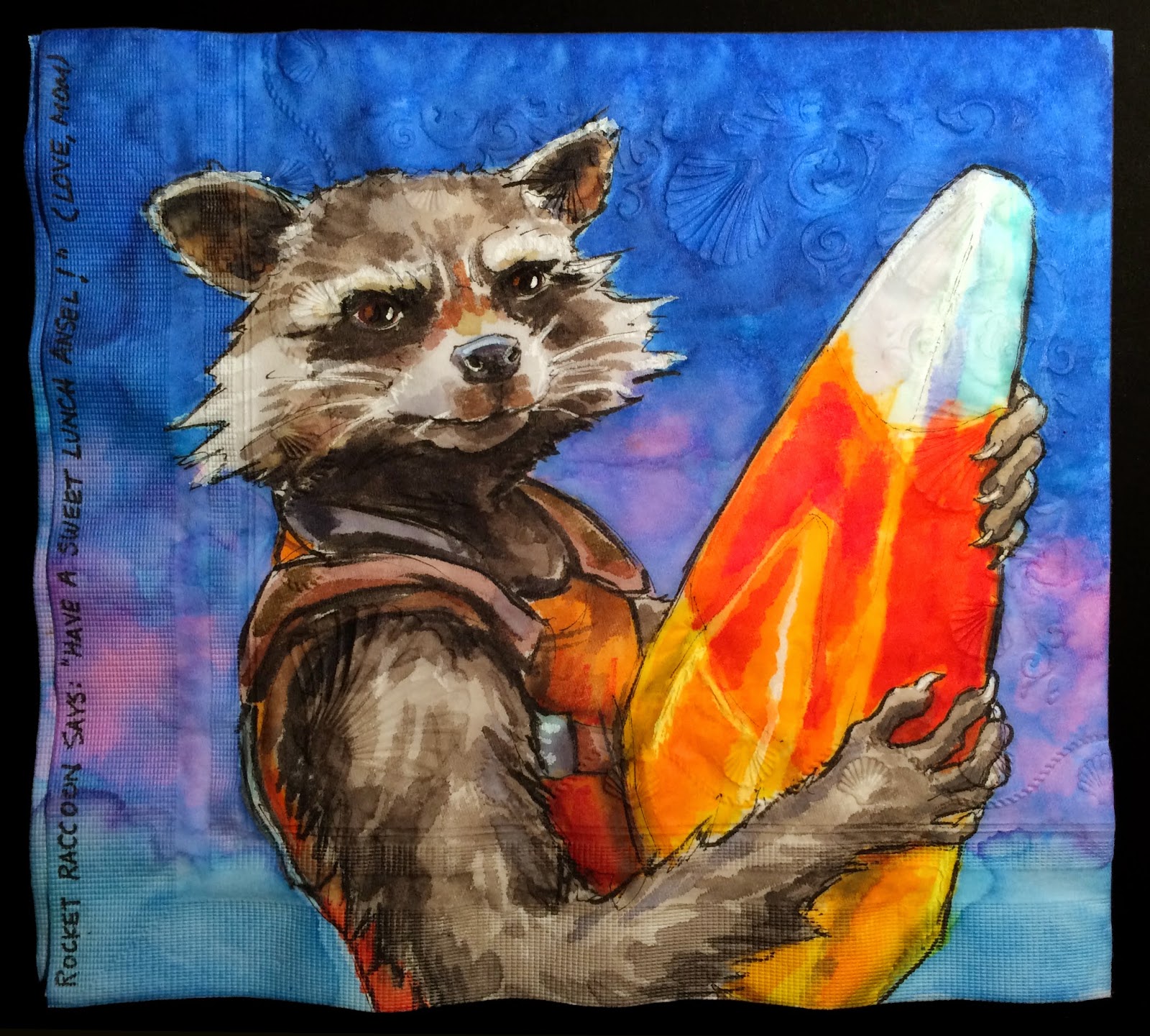 Halloween is fast approaching, and I am unprepared.

Important costume items that may have been shipped from Asia have not arrived.  Or more precisely, the shipper claims that they have arrived, but yet they have not.  Other elements have not yet been made out of cardboard, tape and spray paint.  I am still nursing the delusion that the wearers of the cardboard accoutrements might actually participate in their manufacture, but I am probably going to have to face reality soon. And we don't even know who is trick or treating with whom or in which neighborhood. Halloween might be actually be a more important holiday than Christmas and Hannukah combined as far as my sons are concerned and I have not pulled it together yet.

But I drew a Halloween themed napkin. So at least we have that.

PS. Rocket is holding an enormous piece of candy instead of the usual giant weapon. That is the best explanation I can offer.
Posted by ninalevy at 11:45 AM