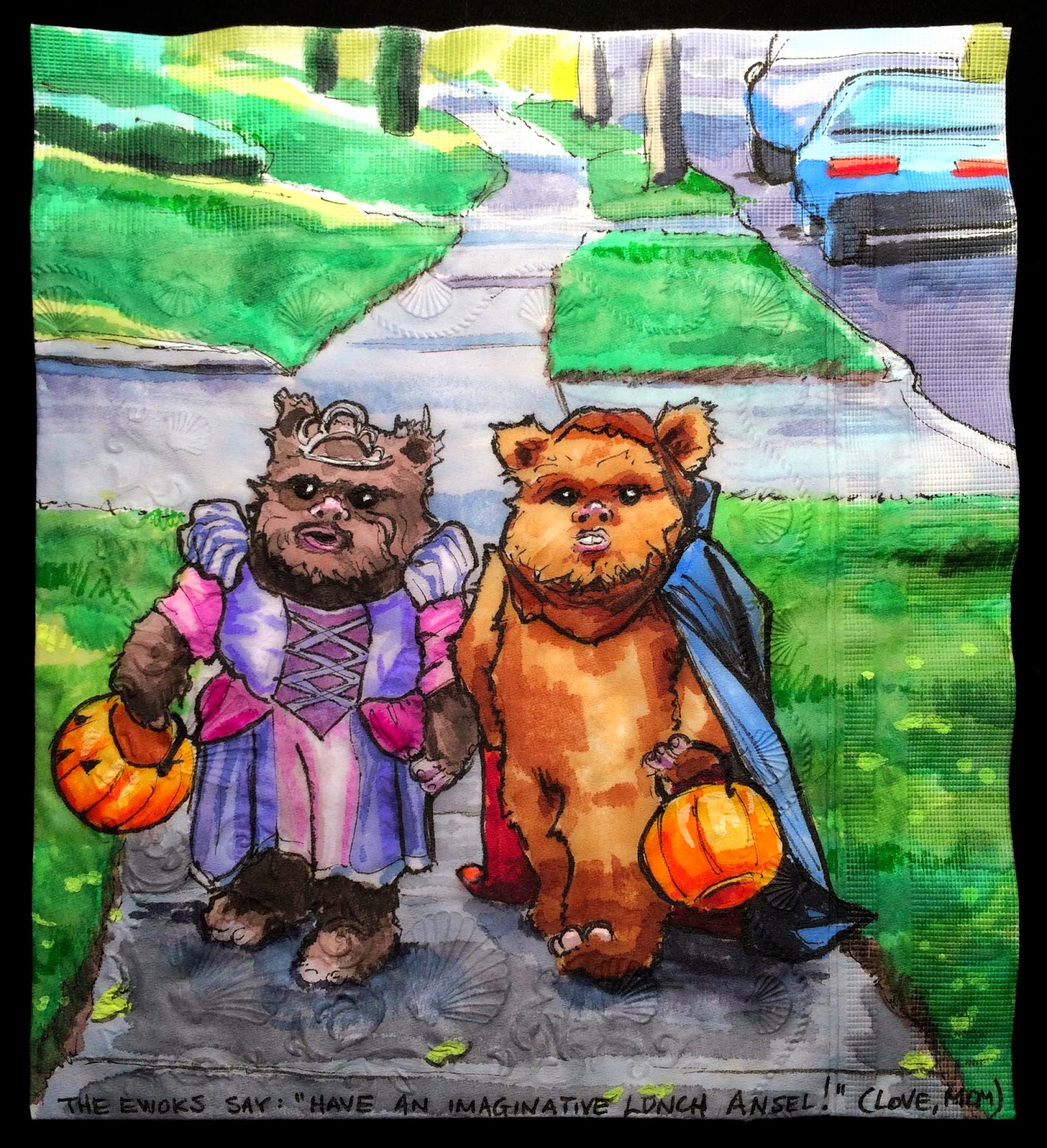 What does the Ewok say on Halloween?
"Yub yub"... or perhaps it is: "Give me candy or I will stab you with a spear and roast you alive over a fire."

Ansel is suddenly interested in Ewoks again.  I am pretty sure that he has never seen "Return of the Jedi," so his enthusiasm is mostly about them being small, cute, furry and reminiscent of the pet dog that his cruel parents have not provided.  One appears in Jeffrey Brown's "Jedi Academy" saying amusing things like "yub yub."  The present Ewok popularity, however,  is due mostly to the latest LEGO catalog which features the highly desirable and painfully expensive "Ewok Village" set. Merely $249 for 1,990 LEGO pieces! The only parts of the set that really interest Ansel of course are the 5 Ewok minifigures.  Spending over two hundred dollars for 5 minifigures makes perfect sense to my seven year old son.

Ansel's helpful older brother reminded him last night that under the right conditions, Ewoks might eat humans. (In the movie, they first try to roast Harrison Ford, and later, the many empty Storm Trooper helmets in use as bongos during the final celebration scene suggest that the men who wore them have met an unpleasant fate.)

Cute is always appealing for my sons.  Cute but deadly is even better.

(There is a actual video spoof entitled "What Does the Ewok Say?"...  In the unlikely event that you were thinking that you haven't seen enough Ewoks lately.)
Posted by ninalevy at 12:40 PM