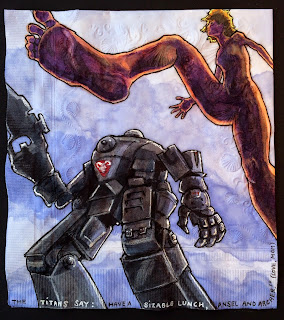 "Attack on Titan" and "Titanfall" seemed like an obvious combination that we were going to have to get around to sometime.

These two games allow a player to not only maneuver in three dimensional space while fighting against Titans but also to inhabit those Titans.

My poor sons are still horribly deprived of access to "Titanfall" as it is a M rated game, but they have been playing the "Attack on Titan" tribute game.
Posted by ninalevy at 10:05 AM