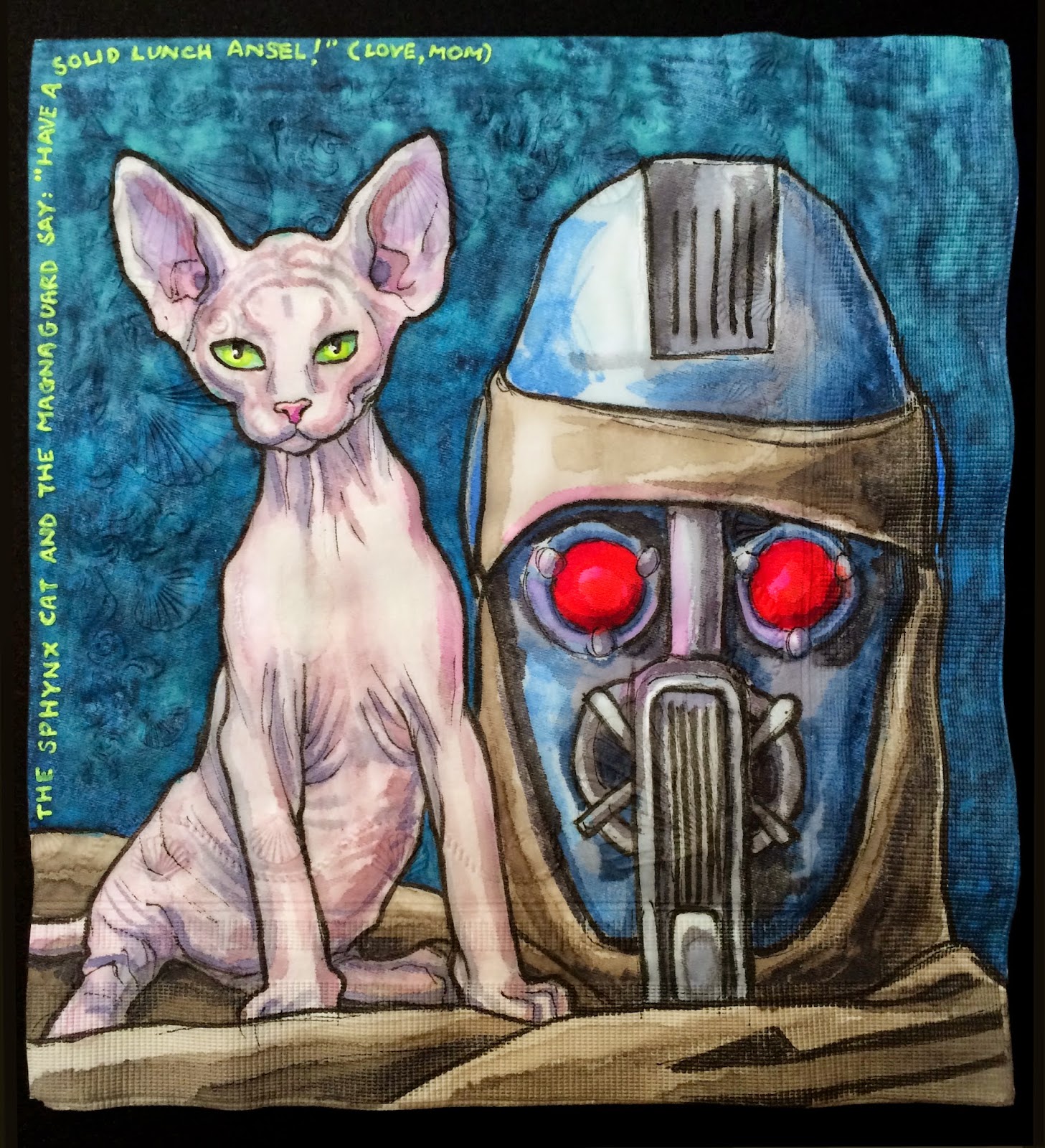 My sons decided that we could not leave the MagnaGuards out of the robot series. The Wookieepedia (Star Wars universe version of Wikipedia) reveals that they are also known as IG-100's or  "the Self-Motivating Heuristically Programmed Combat Droids." That description makes them sound more philosophically interesting than I remember them being in the "Revenge of the Sith".... not that my memories of that movie are extensive or notable.  My sons like them because, to use a description that they would support, the MagnaGuards are the extra baddass droids.

The MagnaGuard seemed to need a similarly attenuated feline companion.  There are a great many images of Sphynx cats floating around the web, often making reference to a JRR Tolkien character (see Hairless Sphynx Cat That Looks Like Gollum from Lord of the Rings Goes Viral) There are also quite a few disturbing images of obese hairless cats, but I am not going to suggest viewing any of those as they cannot be erased from memory once they have been seen.

Remarkably, I don't think there is a individual Sphynx internet cat celebrity like Grumpy Cat or Lil Bub... or at least not one famous enough that I could turn it up in a few minutes of Googling.

Surely this is a gap in popular culture that will soon be filled.
Posted by ninalevy at 12:04 PM