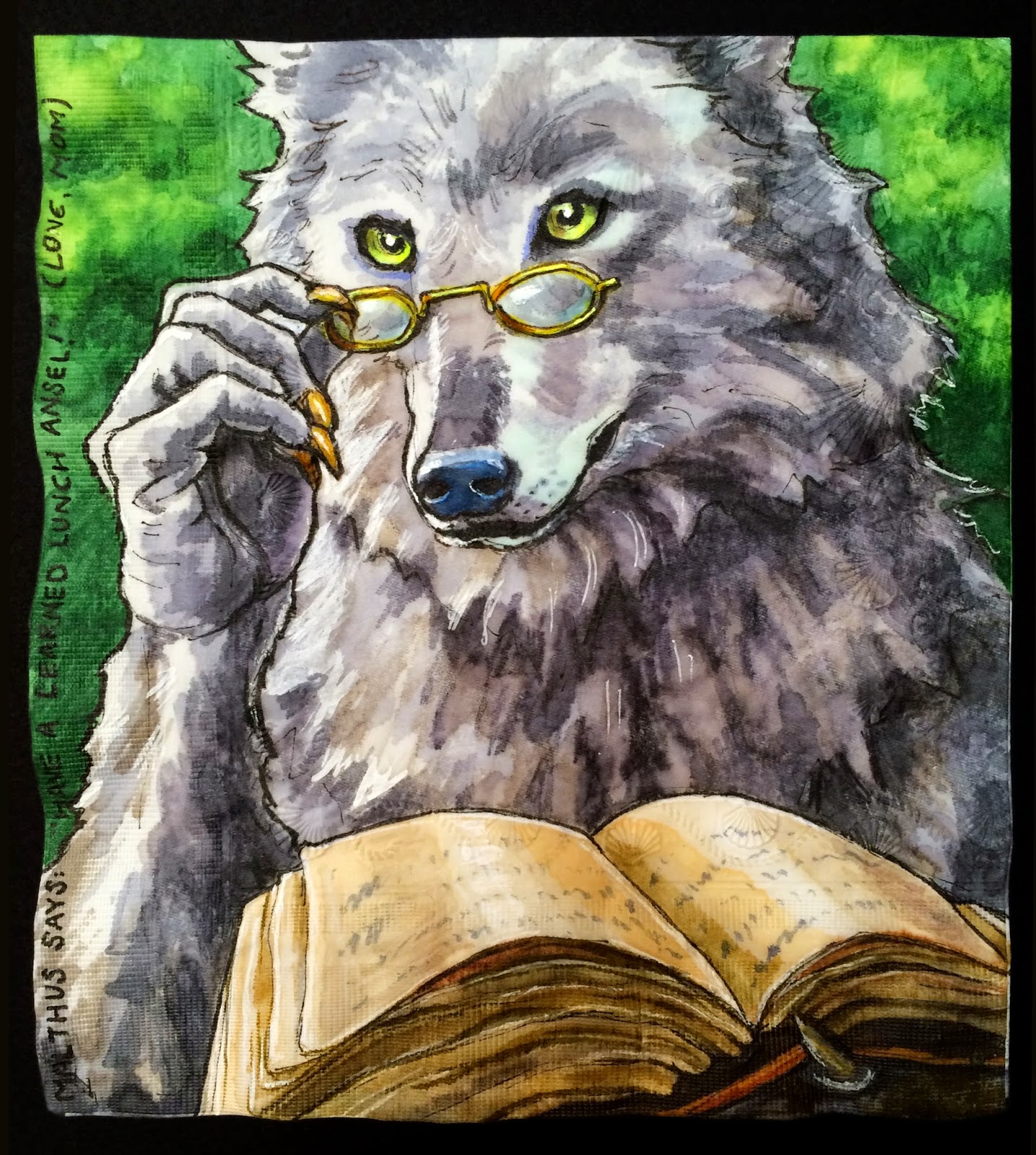 "You can't have a school without werewolves...
Werewolves can be very helpful in dealing with problem students."
---Malthus, werewolf

We've been finishing the third book in Sage Blackwood's "Jinx" series.  The basic story is  familiar: a downtrodden orphan boy learns magic while adventuring in a universe populated by human armies, elves, trolls, witches, wizards, werewolves and sentient trees.  The narrative voice has an ease and contemporary simplicity that makes it accessible and appropriate for my kids... ie, it is not "The Lord of the Rings," or "Game of Thrones."  But Ms. Blackwood's series does have an unusual amount of moral complexity for a book written for younger readers.  Even the very sympathetic main protagonist has to take actions that make him quite uncomfortable and he struggles with the fact that his motivations aren't always noble.

And then there are the werewolves... They do generally fight on the side of the good guys. And Malthus is a multilingual, astute reader of ancient texts.  But in a pinch, the werewolves see the eating of humans pretty much as an entitlement.

My sons, of course, are mostly interested in the character of Jinx, the orphan who ends the series with powerful magic abilities.  My eight year old told me that he thinks Jinx's life is better than his own. As usual, I felt compelled to point out that Jinx starts the story abandoned by his step parents to a certain death in the forest. He shrugged. I persisted, "that means he doesn't have a mother and has to look after himself."  My son shrugged again, and remarked that by the end of the series, Jinx is 15 and can take care of himself anyway.

I am definitely looking forward to being the mother of an entirely self sufficient 15 year old.
Posted by ninalevy at 1:02 PM