Samus Aran as a Cat 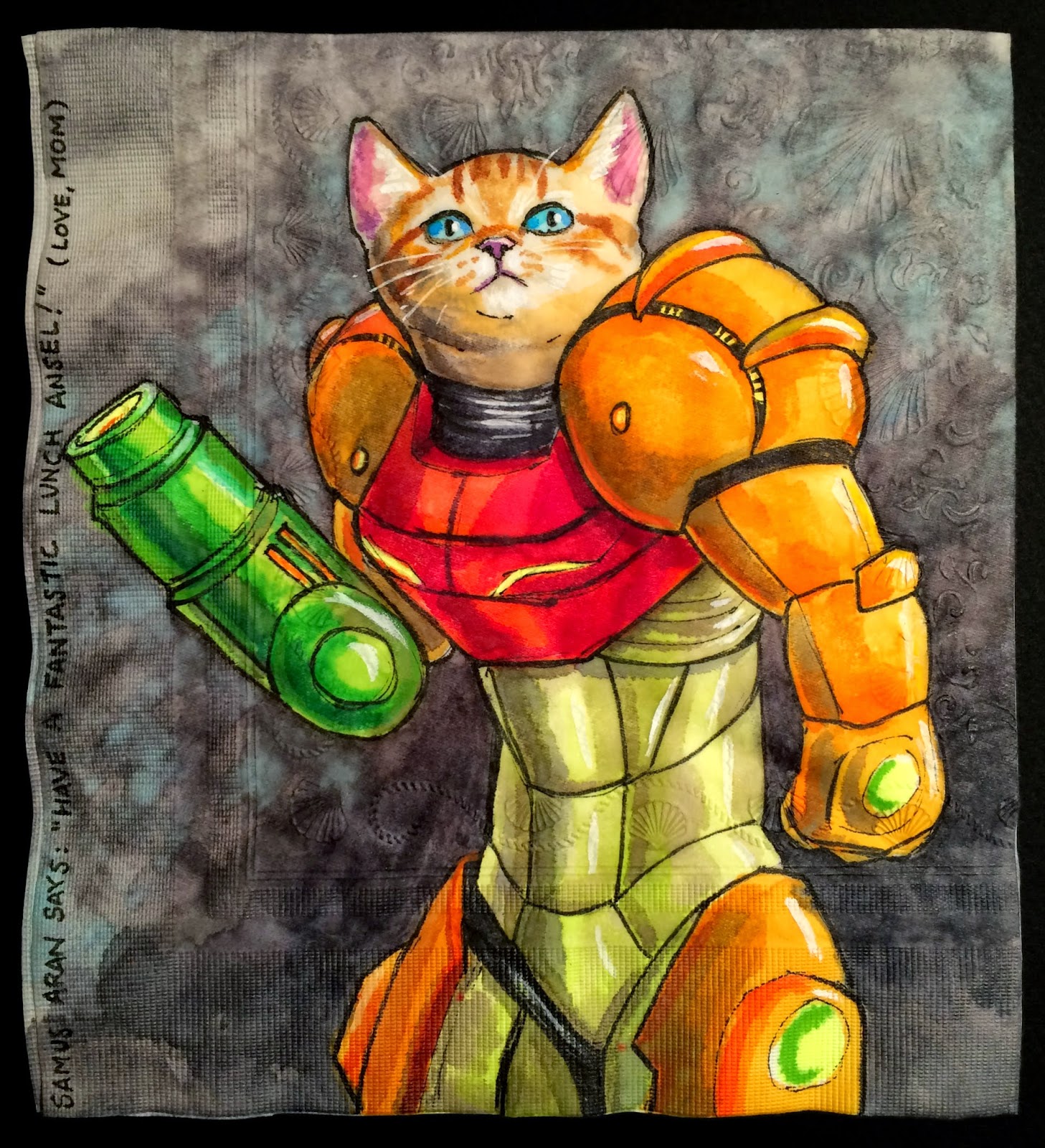 Samus Aran, "an intergalactic bounty hunter," originally hails from the 1986 game Metroid.
Once again, I am slightly perplexed as to how my sons have become so familiar with this character. The continuing interest in 1980's pop culture in video games that has been communicated to them ("Ready Player One" anyone?) seems bizarre to me.

Remarkably enough, Samus is a female character, although it seems this was originally hidden from Metroid's players unless the game was defeated within a prescribed time frame.

Stuffing a realistic feline physique into her small waisted "power suit" was a challenge. And I felt that I had to draw her bareheaded...

...because when you are wearing your power suit, nobody knows you're a cat... or a woman.

(as opposed to: "On the internet no one knows you're a dog)
Posted by ninalevy at 11:36 AM