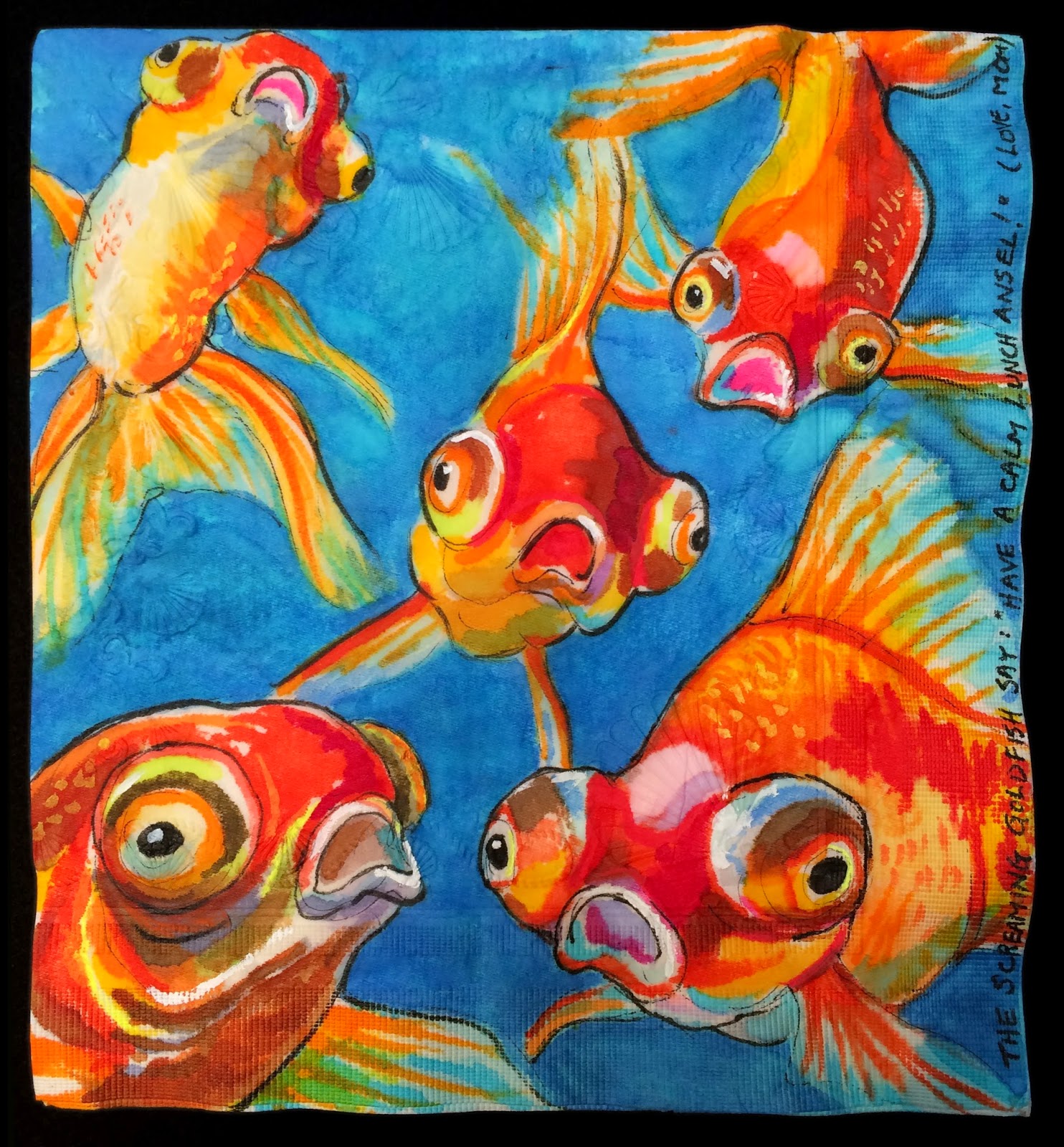 Our kids are rarely enthusiastic about reading a book that is not a graphic novel, much less one that does not have any illustrations at all.  The "Jinx" series by Sage Blackwood has been one of the rare exceptions. We had to start reading the third book immediately after it arrived in the mail earlier this week.

The kids were justifiably not so impressed with my goldfish drawing, however. I got a late start last night and had trouble enough just making them look like goldfish at all, much less weaponized goldfish.

This image seemed to be a missed opportunity... I may have to give some more thought to the concept.
(I noticed last night that there is a band named "The Screaming Goldfish." It seems to be a nondescript German cover band, and was definitely not helpful here.)
Posted by ninalevy at 12:17 PM