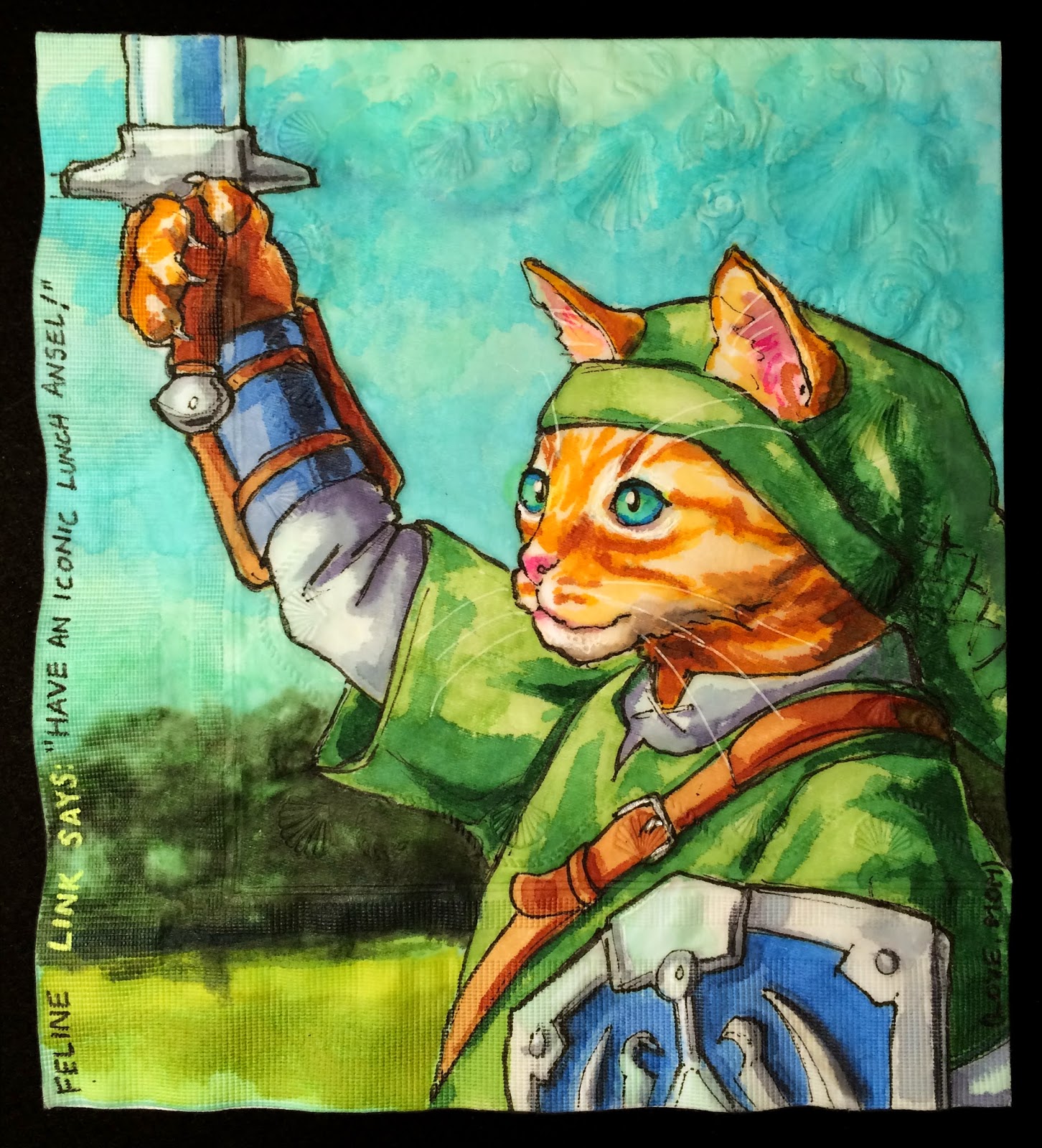 Kitty Cosplay #1:
Could it have cross gender appeal for 8 year olds?

My younger son has apparently not been receiving much positive feedback about his napkins from his peers at school. He particularly values the opinion of a couple of video game obsessed boys and one diffident member of the opposite sex.

We discussed this conundrum last night: how could we simultaneously impress the cool boys and gain the attention of the attractive girl who is not particularly moved by video games, or, more unfortunately, by my son? The rigid gender roles of the second grade universe don't seem to allow for much overlap.

After a few minutes of brainstorming with his older brother, the only obvious solution we could come up with was cute cats dressed as video game characters.

It seemed clear that Link should be a blondish, pointy-eared cat.  I suppose I should give some thought as to what sort of cat could be dressed as Mario.
Posted by ninalevy at 12:40 PM