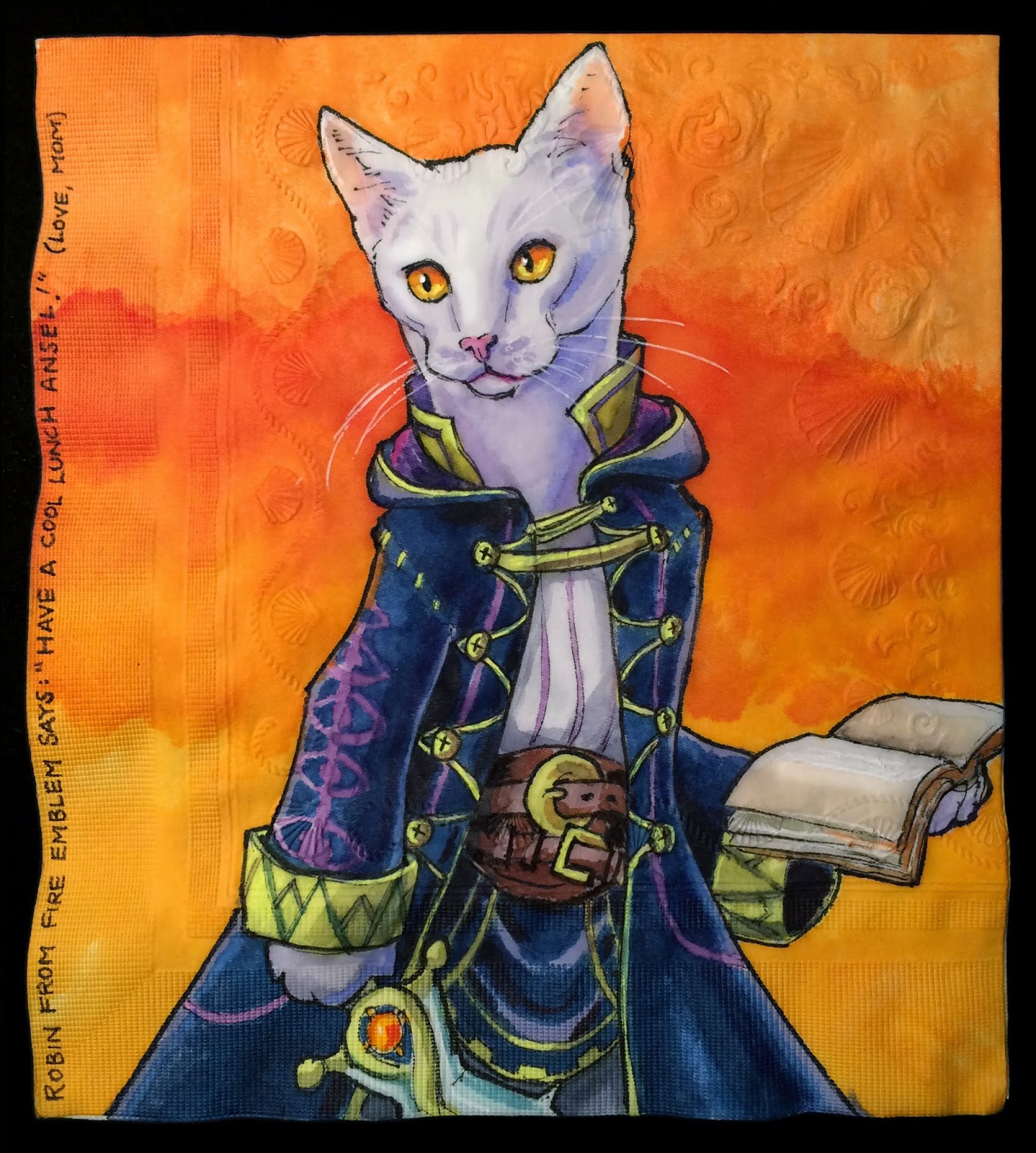 While Mario was the obvious next choice for cat video game character cosplay, our younger son requested this character from the Nintendo series Fire Emblem instead. I know almost nothing about this game, but Wikipedia tells me that "The Fire Emblem series is known for its innovation and for being one of the first Eastern style tactical role-playing games, with a strong emphasis on Western forms of medieval fantasy."

The kids made this character's acquaintance through "Super Smash Bros," a melee style game that uses Nintendo characters drawn from the company's entire history. I don't think they know much about Robin besides the fact that he or she wears some cool clothes and has an impressive sword. There has been a long running debate at our house about whether Robin is male or female.  Having done 90 seconds of research last night, I was finally able to resolve the question: In Fire Emblem, Robin can be played as male or female. The main difference in the character's appearance seems to be hair length.

Since the cat doesn't have a human haircut, I guess s/he can go either way.
Posted by ninalevy at 10:55 AM