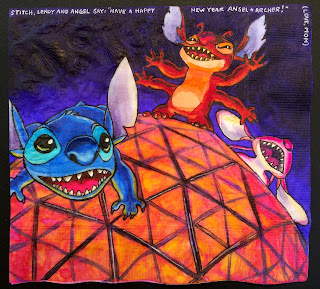 We had a pretty low-key New Years eve around here. We acknowledged midnight in Katmandu (10 hours and 45 minutes ahead of New York) because that's where the father of the napkin recipients happened to be at the time. We tried calling him while buying lunch in a convenience store in midtown Manhattan. Unfortunately, he was already asleep, so he missed the opportunity to participate in the kids' lengthy debate of whether 7up or Sprite was superior.

Of course the boys were not awake at midnight New York time either. I unilaterally decided that we would have our official midnight celebration on Ittorqqortoormiit Greenland time. That was the only major city offered up by the iPhone world clock that was a convenient 4 hours ahead. The kids were not entirely convinced by my time logic, but at 8 pm we sipped some Champagne (ok, I admit it was really cheap sparkling wine and not authentic champagne) and wished each other happy new year.

Our younger son spent the rest of the evening arranging his newly acquired Stitch plush with various assortments of toy weapons. He insisted that I post a photo of every arrangement here on the blog. As there were something in excess of ten, I am hoping that I will get away with just the highlights pictured below.

Due to this burgeoning Stitch obsession, I've become more informed about the franchise than I could ever have dreamed.  Yes, I was previously aware of the first movie, "Lilo and Stitch" from 2002, and had even seen snippets of "Lilo and Stitch: the TV series."  But I was blissfully unaware that there were three additional movies, over 65 episodes of the American TV show, and 86 further episodes of a Japanese version of the show that ran until 2012.  From my perspective, the most memorable thing about the franchise is that Ving Rhames voices a character that looks pretty much exactly like Ving Rhames, but is a social worker named "Cobra Bubbles."  Unfortunately, I do not know if he appears in the anime version.

Despite all my recent Stitch related research, I have not seen the spin off characters pictured on today's napkin in action.  (Leroy is the evil doppelganger, and Angel is, well, the "girlfriend.")

And while I was awake at the time, I also did not watch the Times Square ball drop last night.
Thus, my apologies for the inaccuracies in both my rendition of the Disney aliens and the crystal ball colors. 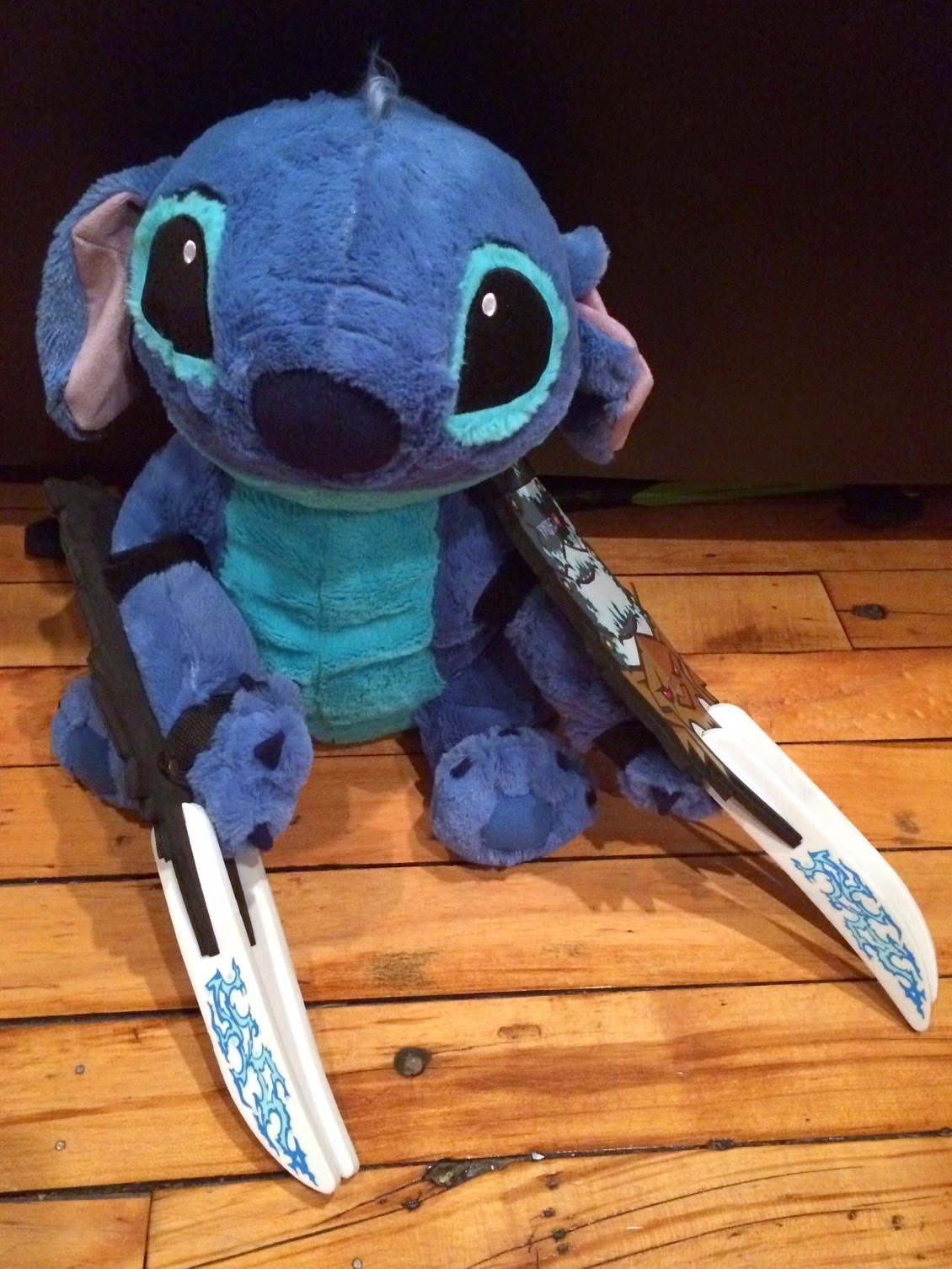 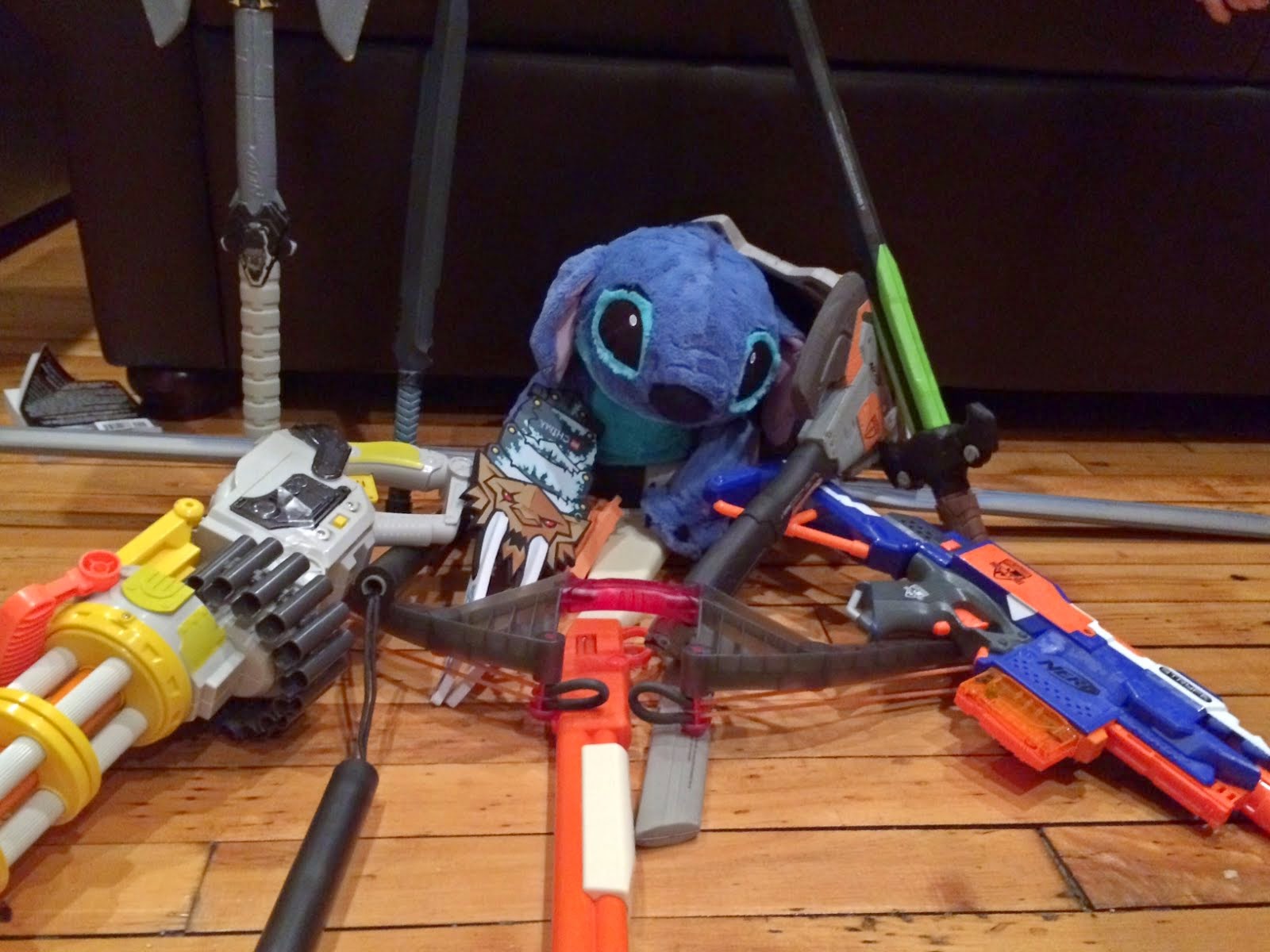