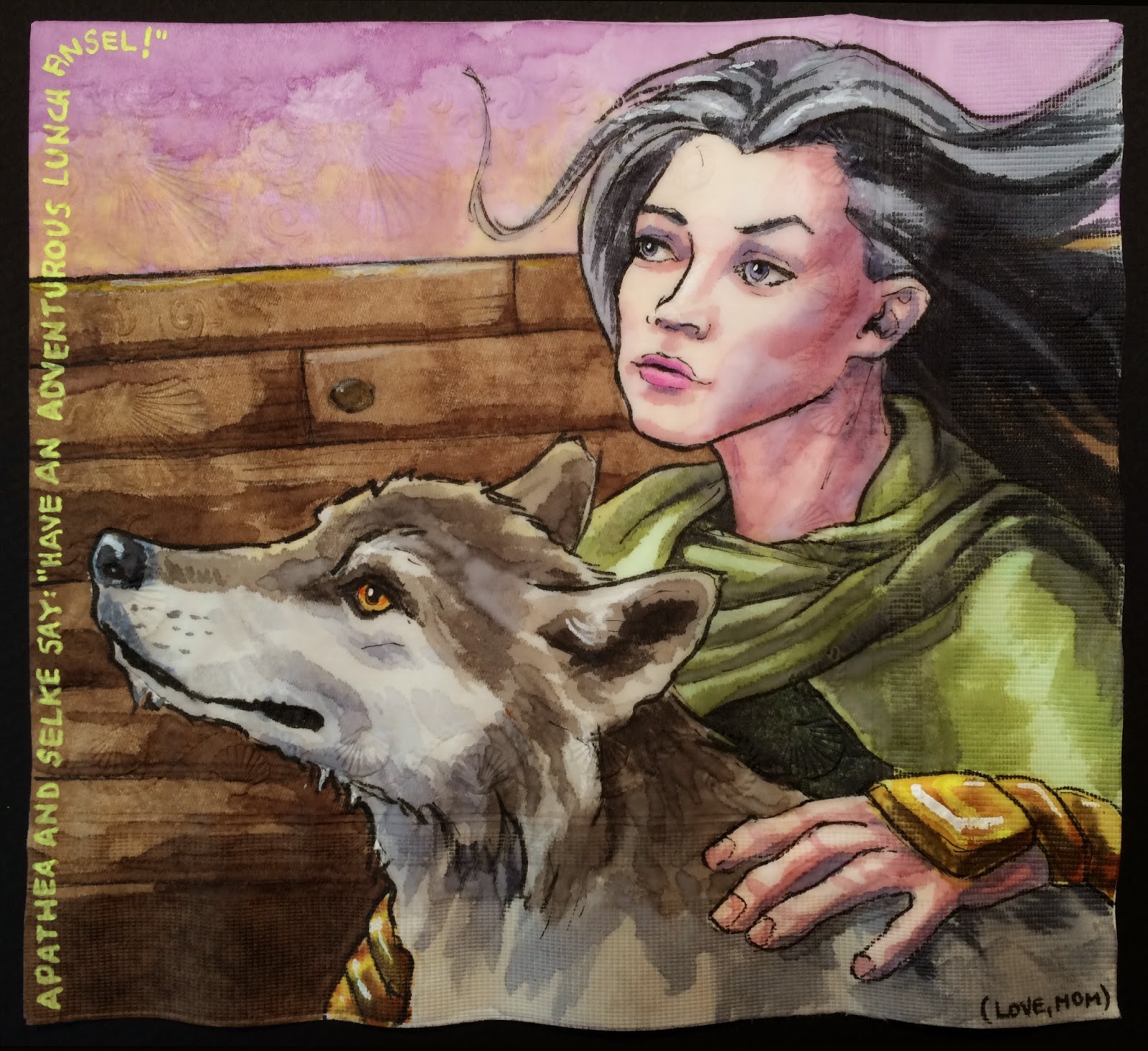 Characters from the story within a story in MK Reed's graphic novel "Americus," illustrated by Jonathan David Hill.

Ansel loved this book, insisting that there "HAS to be a sequel!"
But he was not so impressed with my  dippy rendition of the characters.

"Americus" is both about the power of reading fiction, and about becoming an adolescent nonconformist in a conservative American small town.

The main protagonist is a 13 year old named Neil who is an avid reader of a Dungeons and Dragons like fantasy series called, "The Chronicles of Apathea Ravenchilde, the Huntress Witch." When conservative Christians move to ban the series from the town library, he is driven to take action. Along the way, he discovers the joys of punk music, wearing black clothes and hanging out with other non conforming kids. Neil's story alternates with selections from the Apathea books.

My sons are growing up in the trendy wilds of Williamsburg Brooklyn, wearing too much black and subsisting on a diet of science fiction and fantasy graphic novels.  Conservative Christian middle America is a totally foreign concept for them. They were fascinated by the idea that someone would want to ban a book because of religious beliefs.

Unfortunately, the topics of intolerance and censorship are particularly relevant after yesterday's events in Paris.
Posted by ninalevy at 1:19 PM