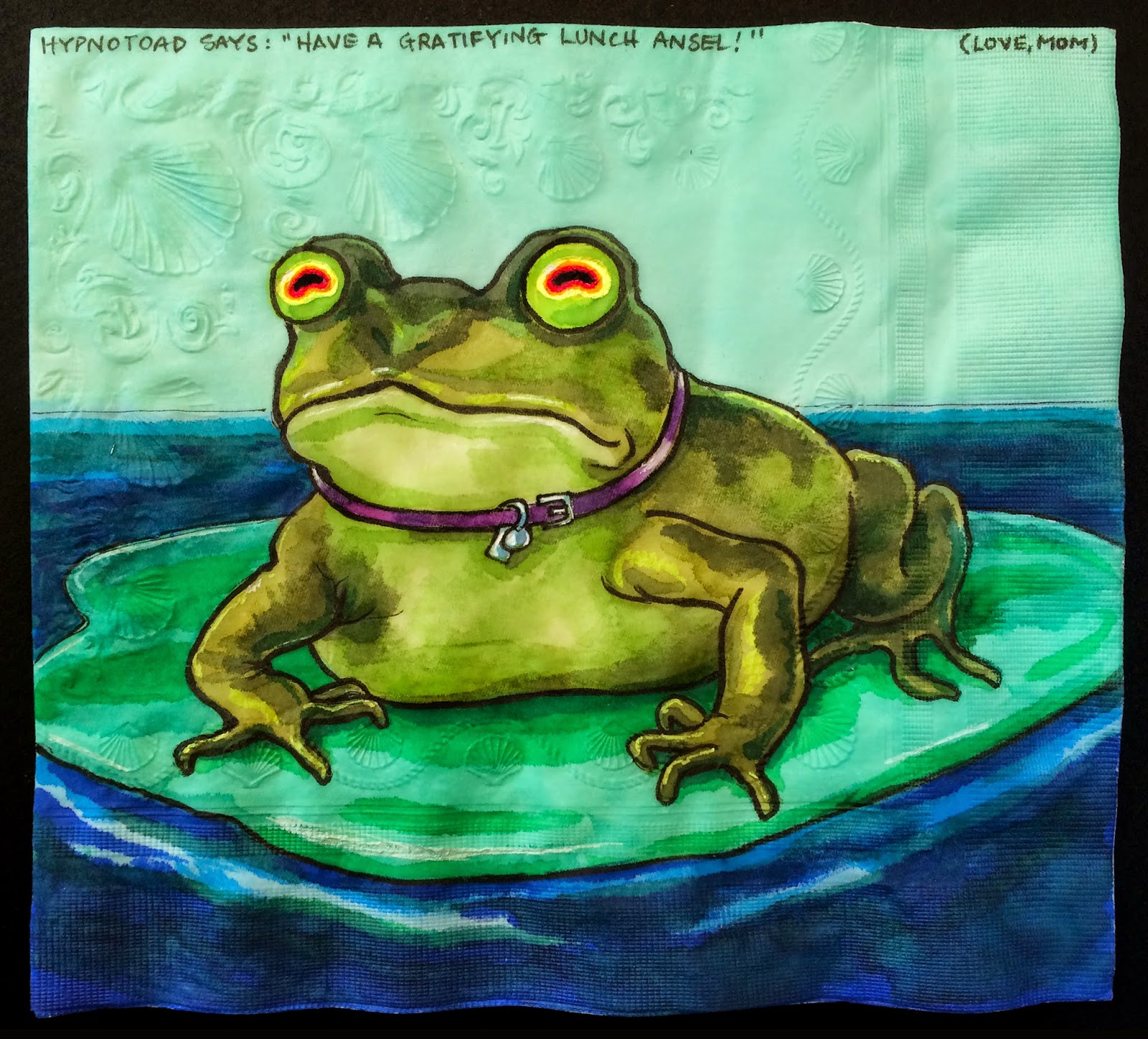 Our younger son adores age-inappropriate television.  He has a simultaneously gleeful and almost anthropological interest in profanity, sexual innuendo, and references to controlled substances.  Even when he doesn't understand a joke that is intended for adult audiences, he seems to enjoy just knowing that it's there, and is no doubt taking mental notes for future reference.

Consequently, he really likes "Futurama."  It is much like Matt Groening's other creation, "The Simpsons," but more so when it comes to the liberal use of the word "ass" and jokes about strippers.  Watching an episode with my son does offer all sorts of opportunities to discuss gender politics, which can be ok...and then very bad, in rapid succession.

Hypnotoad appears only briefly on Futurama, but still spawned an internet meme that traveled far beyond the show itself. Hypnotoad does not take drugs, swear, smoke, fornicate or make jokes about pole dancing. In that, it is among my favorite Futurama characters, and one of the few appropriate for discussion at a 2nd grade lunch table.
Posted by ninalevy at 1:09 PM