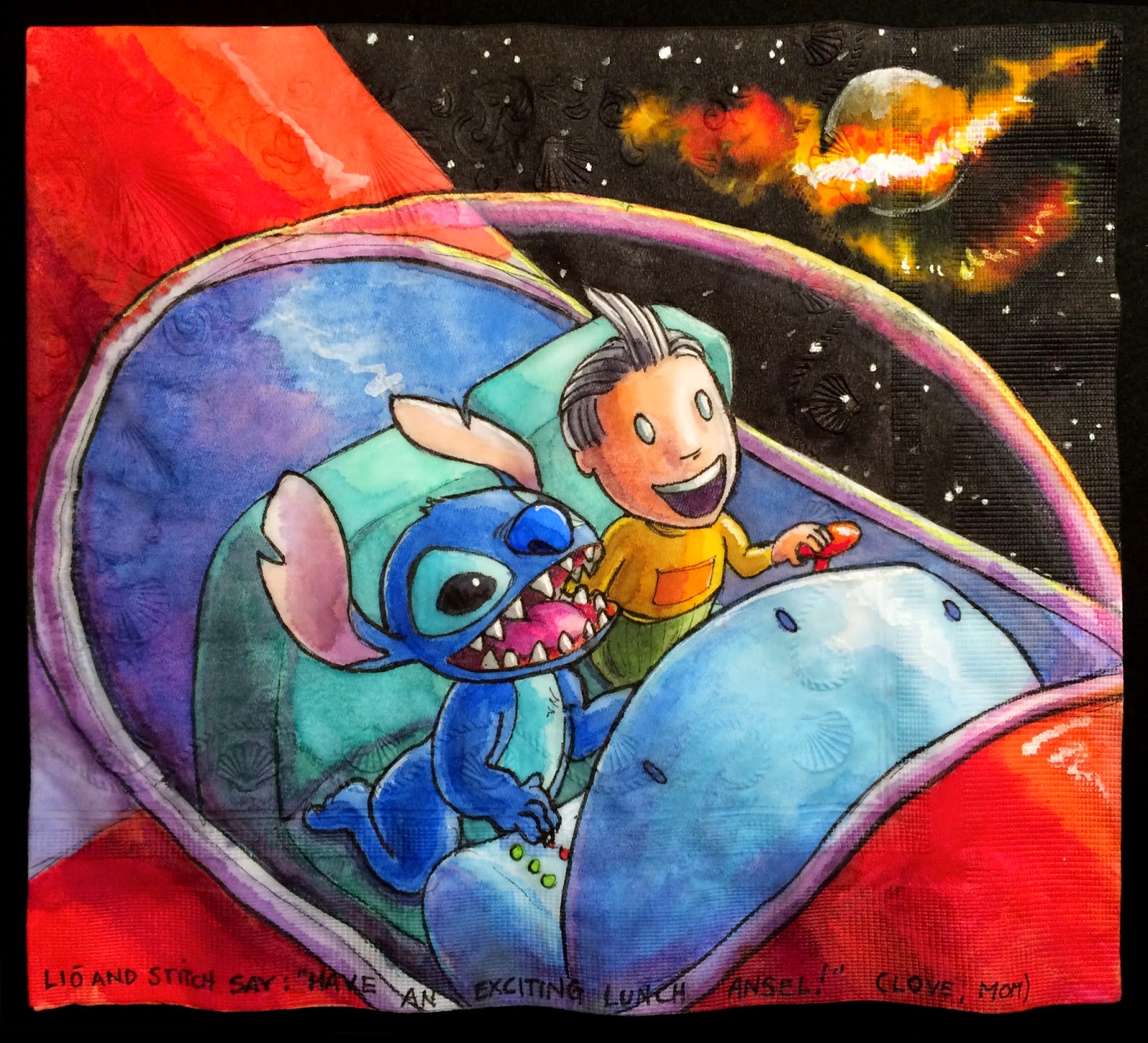 Intergalactic troublemakers separated by only one letter:

There can never be enough of the Liō comic as far as my kids are concerned.  Our Liō books are constantly off the shelf and in backpacks, in beds or generally underfoot. Mark Tatulli's strip is mostly wordless (I see that the official term is "pantomime") and follows the adventures of a little boy as he hangs out with pet monsters, zombies and aliens.  Punchlines are often macabre and sometimes involve mass destruction.

It seemed like he would have plenty in common with Stitch, another one of my kids' favorite creators of mayhem.  I briefly considered drawing them blowing up the moon together, but decided to put them in space with a less disturbing explosion.

Just in case you are not the parent of Disney-saturated kids and are wondering about the "separated by one letter" statement above: "Lilo and Stitch" was both the title of the first Stitch movie and the ensuing TV series.

....And yes, of course the idea for this image was generated by my sleep deprived brain being unable to distinguish between the words Lilo and Liō.
Posted by ninalevy at 12:36 PM