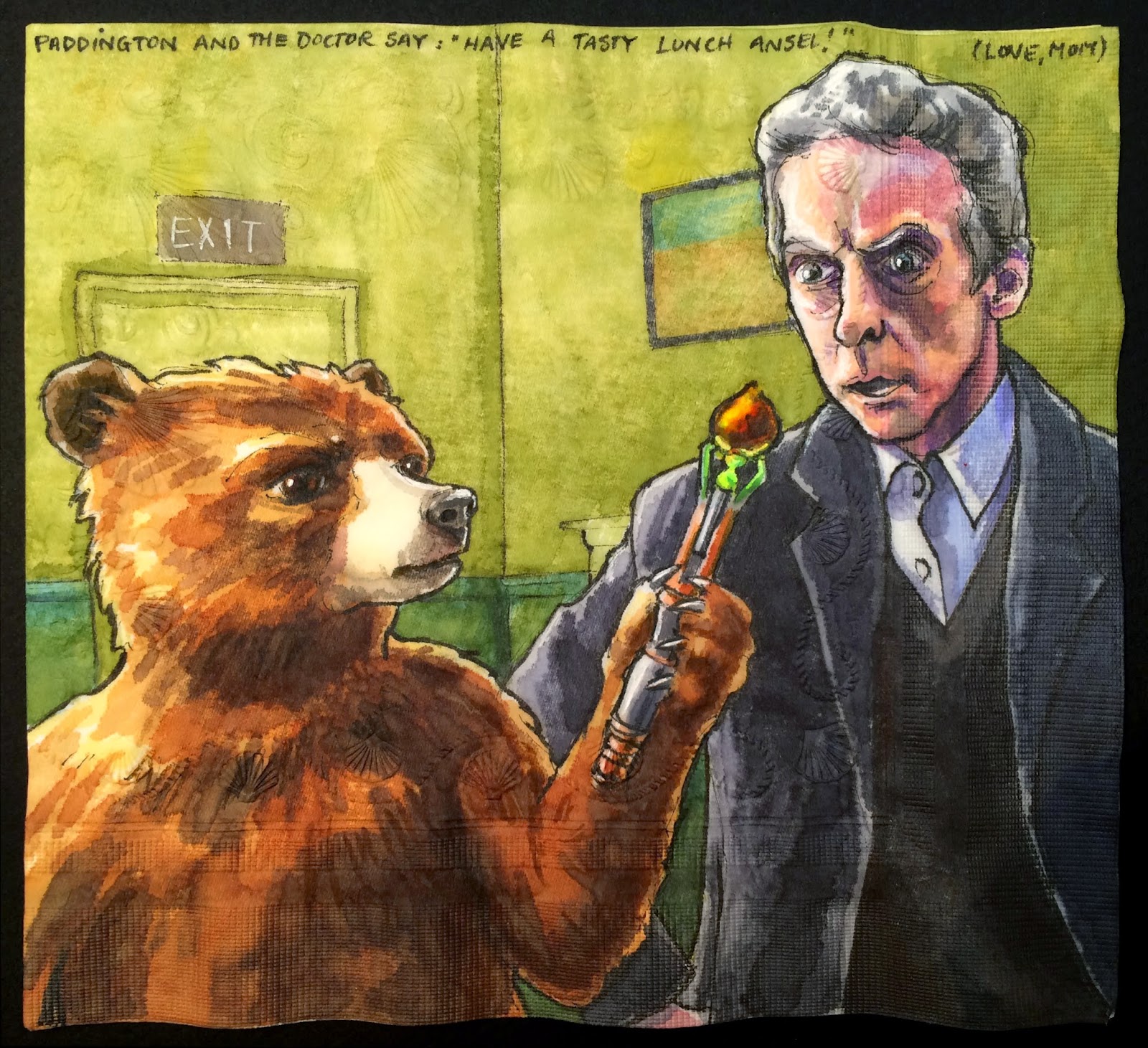 Alternate use for the Sonic Screwdriver?

Of course we had to go see the Paddington movie over the weekend. I'll admit I took some pleasure in pointing out to my sons that Peter Capaldi (aka the 12th actor to portray Doctor Who) was there in the story as a buffoonish, meddling neighbor. I was trapped too close to the screen in the third row, watching Nicole Kidman in a ridiculous white nurse bondage outfit try to stuff a talking bear...so I had to get my kicks where I could.

The information that this guy was also the Doctor led to a lot of excited exclaiming from our sons, which was no doubt not appreciated by the mass of toddlers and their beleaguered parents seated around us.

Walking home from the theater, we discussed Peter Capaldi's acting range: ridiculous fuddy-duddy or powerful immortal time traveler? Archer opined, "You see, playing Doctor Who was a good career move for him. Now he can get parts in other movies!"

Yes, I am sure Mr. Capaldi is very grateful that the role of Doctor Who enabled him to get a part in the Paddington movie....

We also discussed how the bear and the Doctor should be paired in an image. Archer and Ansel thought he should be shown sticking the Sonic Screwdriver into his ear...the earwax extraction scene being both the highpoint and the most memorable moment of the movie. I feared that would suggest a possibly unfortunate, brain splattering, end for the bear. I decided the depict the aftermath instead.

Given his fairly distinctive face, I didn't think Mr. Capaldi would be particularly challenging to draw.  But, as you can see, I had a bit of trouble with his likeness. Perhaps I sensed his desire not to be associated with ursine earwax.
Posted by ninalevy at 2:59 PM