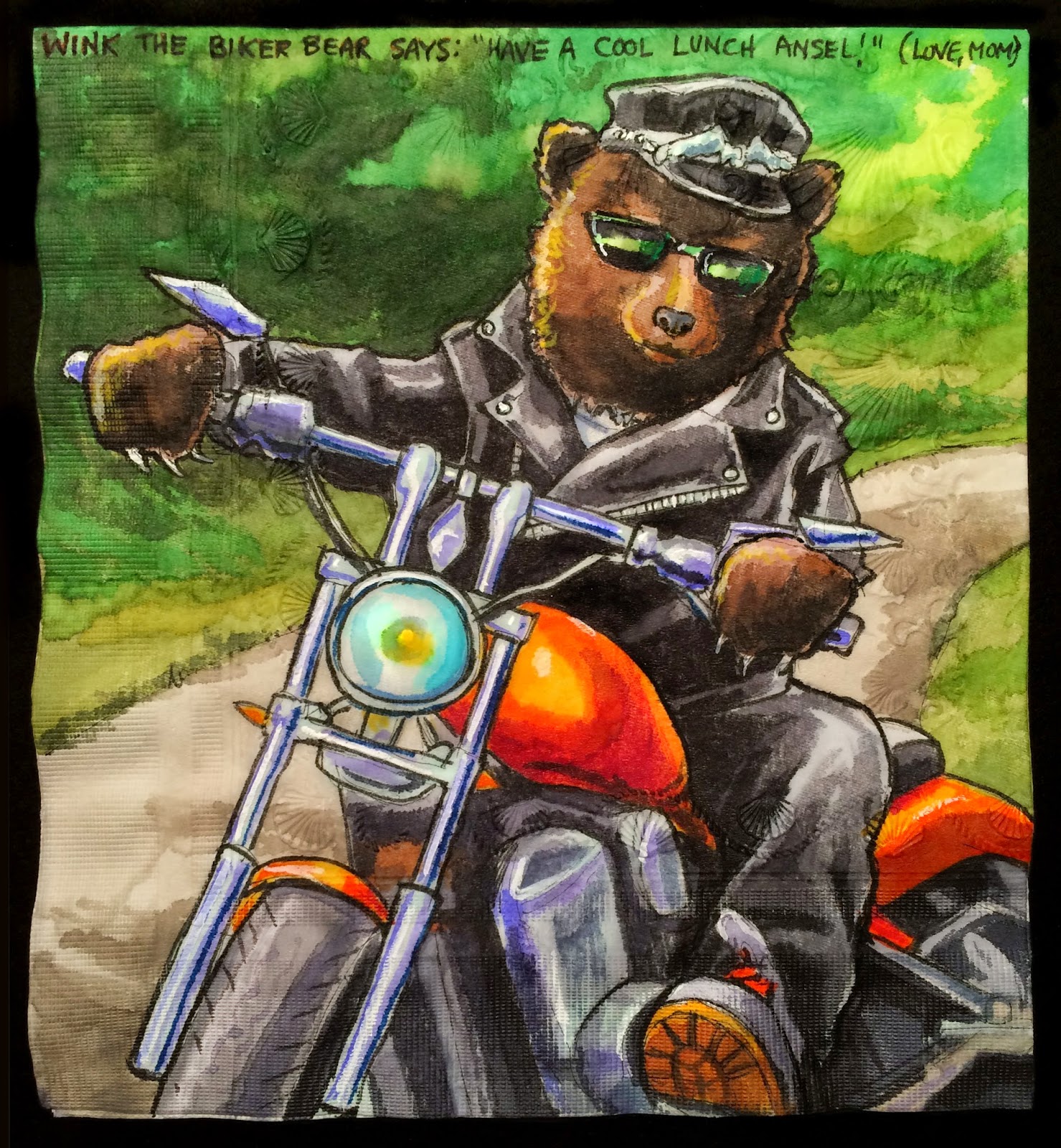 Rob Harrell writes a daily strip called "Big Top" about Pete, a ten year old boy growing up in a circus populated by talking animals who appear to be acting in loco parentis as well as being his pals and roommates.  His primary companion is Wink the unicycle riding, tutu-clad circus bear.  Early on in the series, Wink reveals to Pete, that he has a colorful past involving smoking, leather and a motorcycle. For obvious reasons, I had to omit the cigarette.

Before starting the drawing last night, I somewhat tentatively Googled "Biker Bear," thinking that I wasn't going to see many images of four legged creatures. The results are heavily devoted to teddy bears wearing pleather and bandanas, so cute bears on motorcycles does seem to upstage other uses of the term.

This is the second motorcycle that I have tried to draw in the last week or so. Definitely too complicated, I should avoid them in the future.
Posted by ninalevy at 11:23 AM