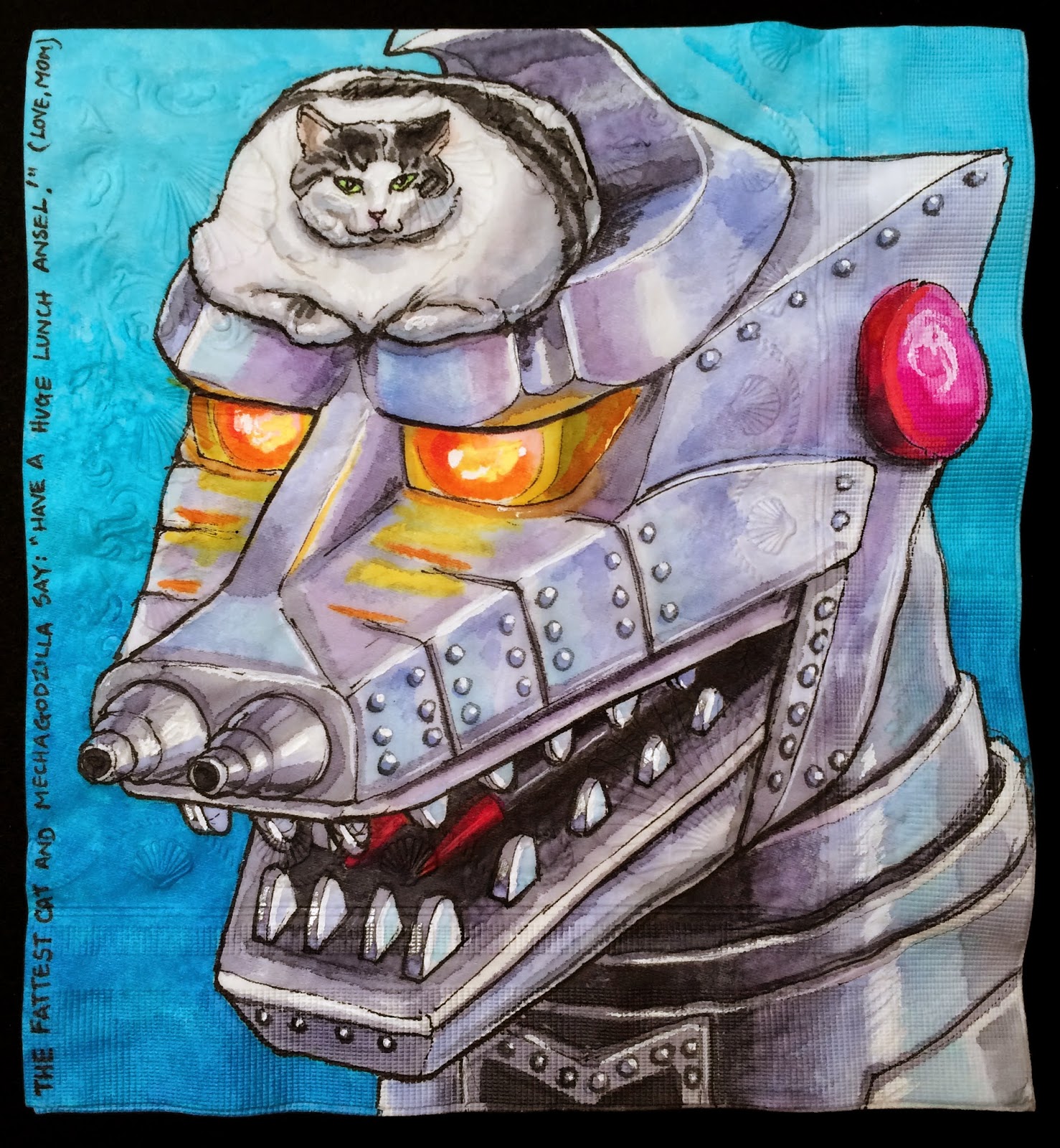 Yesterday Archer and I were debating which cat would be the best companion for Mechagodzilla. (These are the kind of compelling questions that I discuss with my sons.) I did consider Mercury, the two legged "T-Rex" cat, because of his similar-to-giant-reptiles upright stance. But the primary problem seemed to be one of scale: how would a domestic cat be visible in relation to a giant robot monster?  It seemed like the cat needed to be as large as possible.

There must be a significant online audience for oversized house cats as there are a good many images circulating around the web of purportedly huge, or just hugely fat, felines. Most of them seem to have been liberally photoshopped, and perhaps that is the better part of their charm. There are some documentedly large cats out there, but I picked an image of a fat cat who has definitely been rendered more obese through the magic of digital intervention. His (or her) image comes up in a couple of sizes when one Googles "fat cat." The actual cat IRL does seem to be rather overweight and is pictured on the very appropriately named "fattest cat in the world" blog,

While I did have to enlarge the cat to make him show up on the napkin, I used the less rotund image of this cat for the napkin today because I did not want it to be too... unrealistic. (Yes, my tone is facetious, Archer, in case you are wondering)

The images that come up when one Googles "fat cat" follow below: 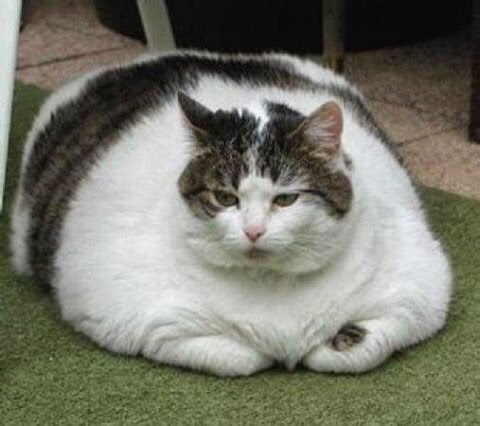 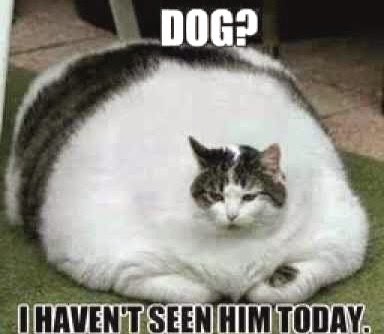