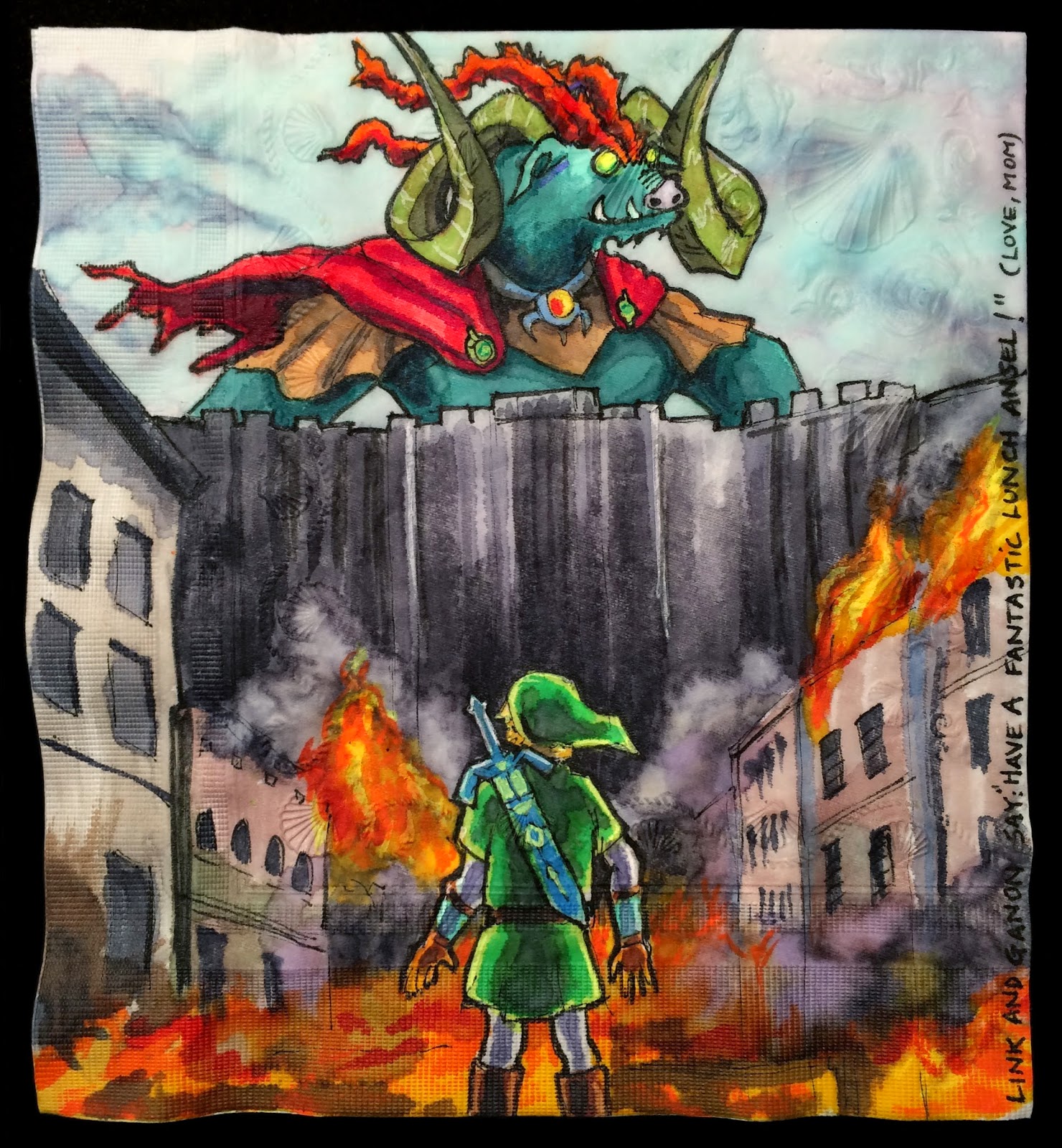 Link takes on a Colossal Ganon:

Apparently we can plug practically any story into the "Attack on Titan" model with satisfying results.

This one is based on the "unofficial" poster for the forthcoming live action movie of the AoT franchise.

Somehow I have managed to dodge learning much of anything about the "Legend of Zelda" universe.  For those who know even less about it than I do, (and Mom, I am talking to you, because I assume that anyone else who takes an interest in these sorts of things already knows chapter and verse on Zelda)  I can only offer that Link, the blond, pointy eared guy in the Robin Hood outfit, is the hero of the franchise. His ultimate nemesis in "The Ocarina of Time," is a guy named Ganondorf who morfs into a large boar creature at the end.  This facet of the Zelda story hails from a 1998 Nintendo game which was the 5th in the Legend of Zelda series, and according to Wikipedia, is "now considered by many critics and gamers to be the greatest video game of all time."

Ansel says that few in the second grade know anything about Link and Zelda. But there is one cool kid who has an 8th grade sister and is therefore up on the game.

Since one cool kid might get the reference, this napkin was OK for today.
Posted by ninalevy at 10:35 AM