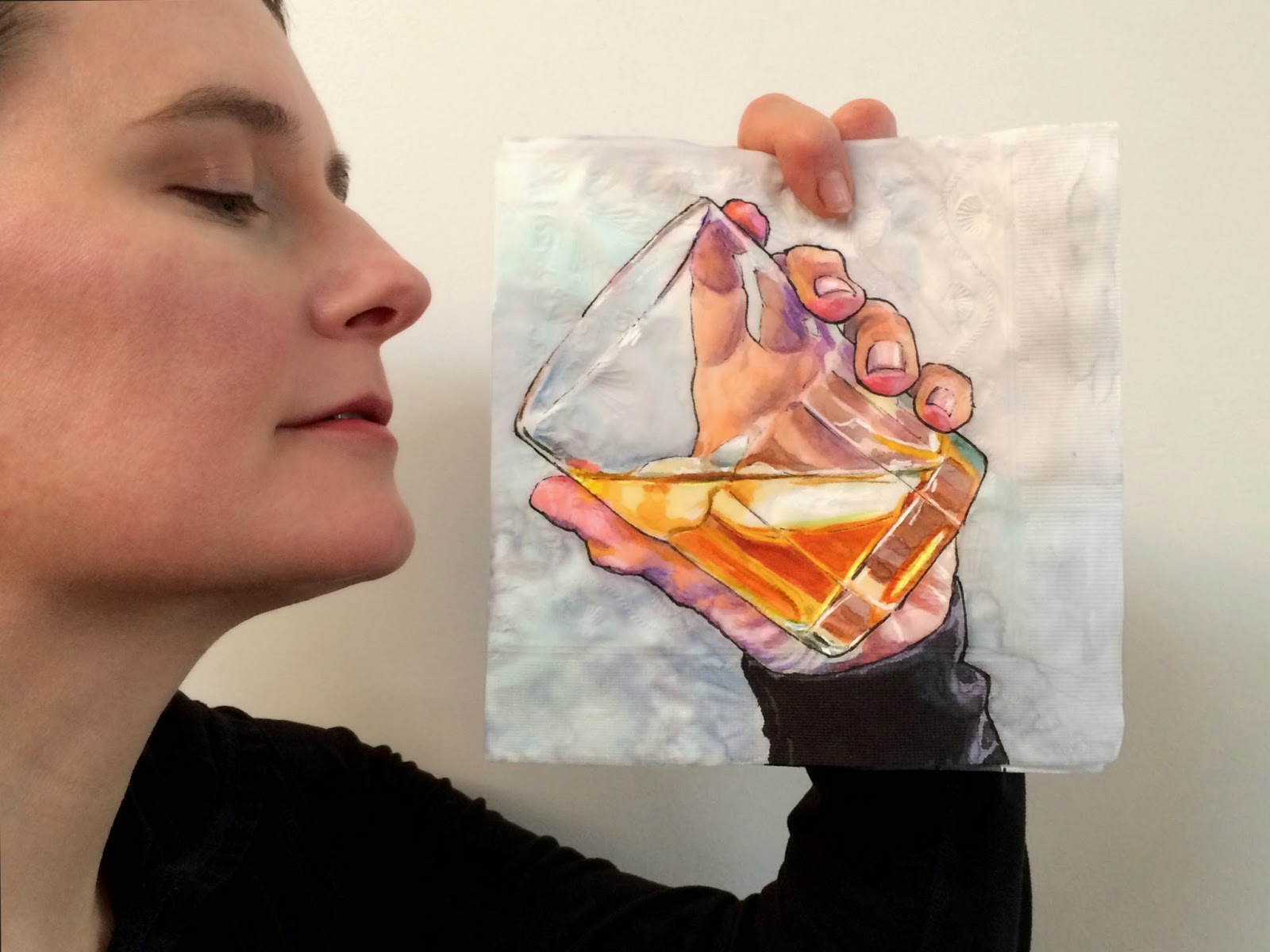 Virtual beverage with extra finger:
A napkin not intended for second grade lunch.

Entries for this year's Tuaca napkin art contest are due by April 15th.
I was very fortunate to have one of my napkins chosen for the grand prize last year.  Visit tuacaart.com to enter and/or to see the submissions for this year and last. My previous posts about the contest and my several submissions are at this link.  There are very few venues for napkin art out there and the Tuaca contest is definitely the best one.

While I cannot say that I planned to end up a champion of the napkin medium... it's non-archival, disposable, silly....and my expertise developed despite my better judgement.  But clearly I have some sort of compulsion at this point. This particular napkin is a spillover idea from my entries to the Tuaca competition last year.  I can't enter this contest again, but the idea of napkin images that are not destined for my kids' lunchboxes apparently still holds some appeal for me.

I was the only person in the house who was of legal drinking age at the time,  so I had to use myself for this image.  My sons were bizarrely excited by the idea that I might be drinking at 11 am on a Sunday morning, but sadly all Tuaca consumption was imaginary. I had some minor surgery on my jaw and gums on the left side of my face a couple of days before, so I had to use the less swollen and purple side of my head in the photo and avoid all alcohol in favor of large doses of ibuprofen.

A couple of Tuaca napkins from last year: 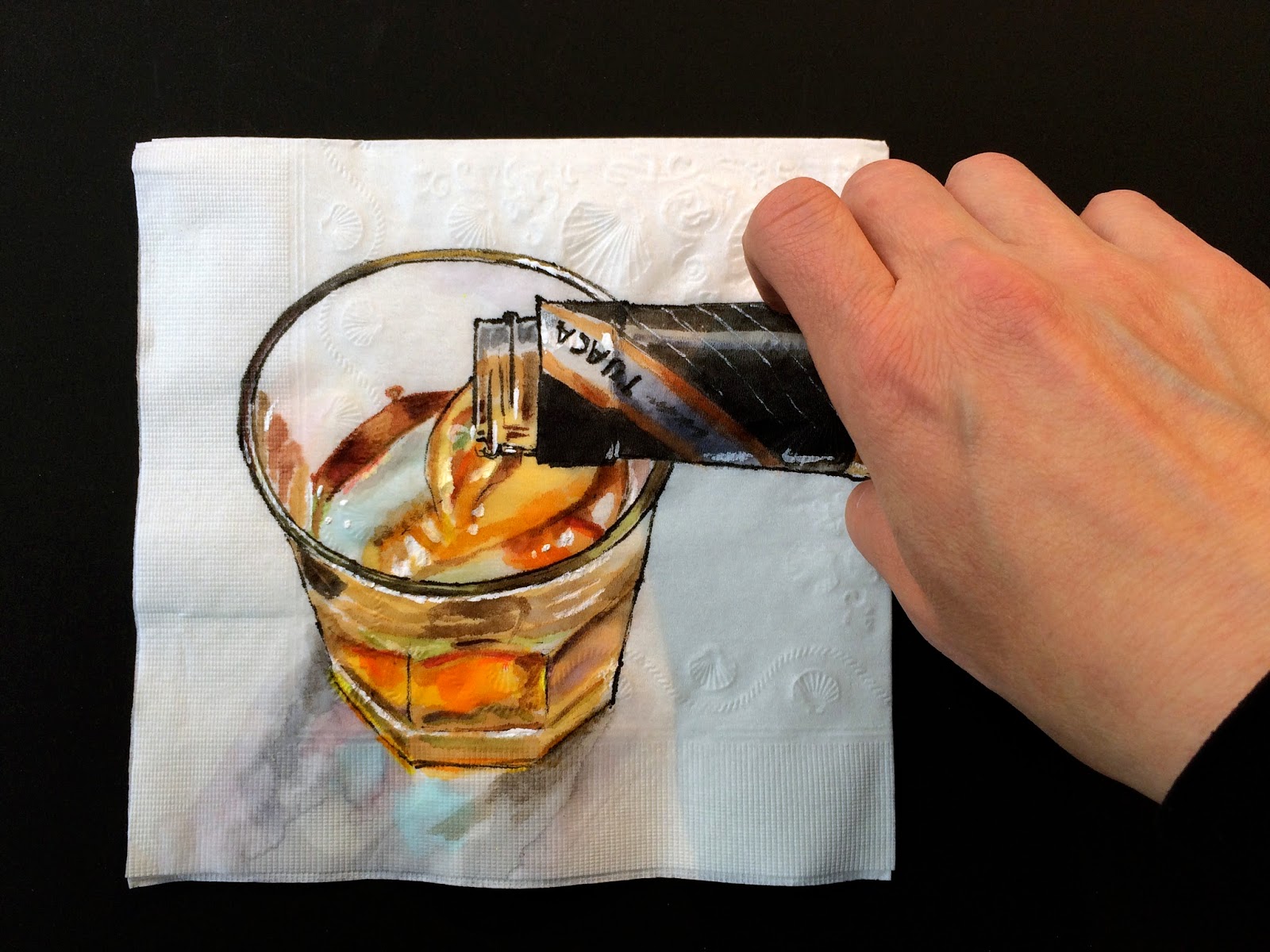 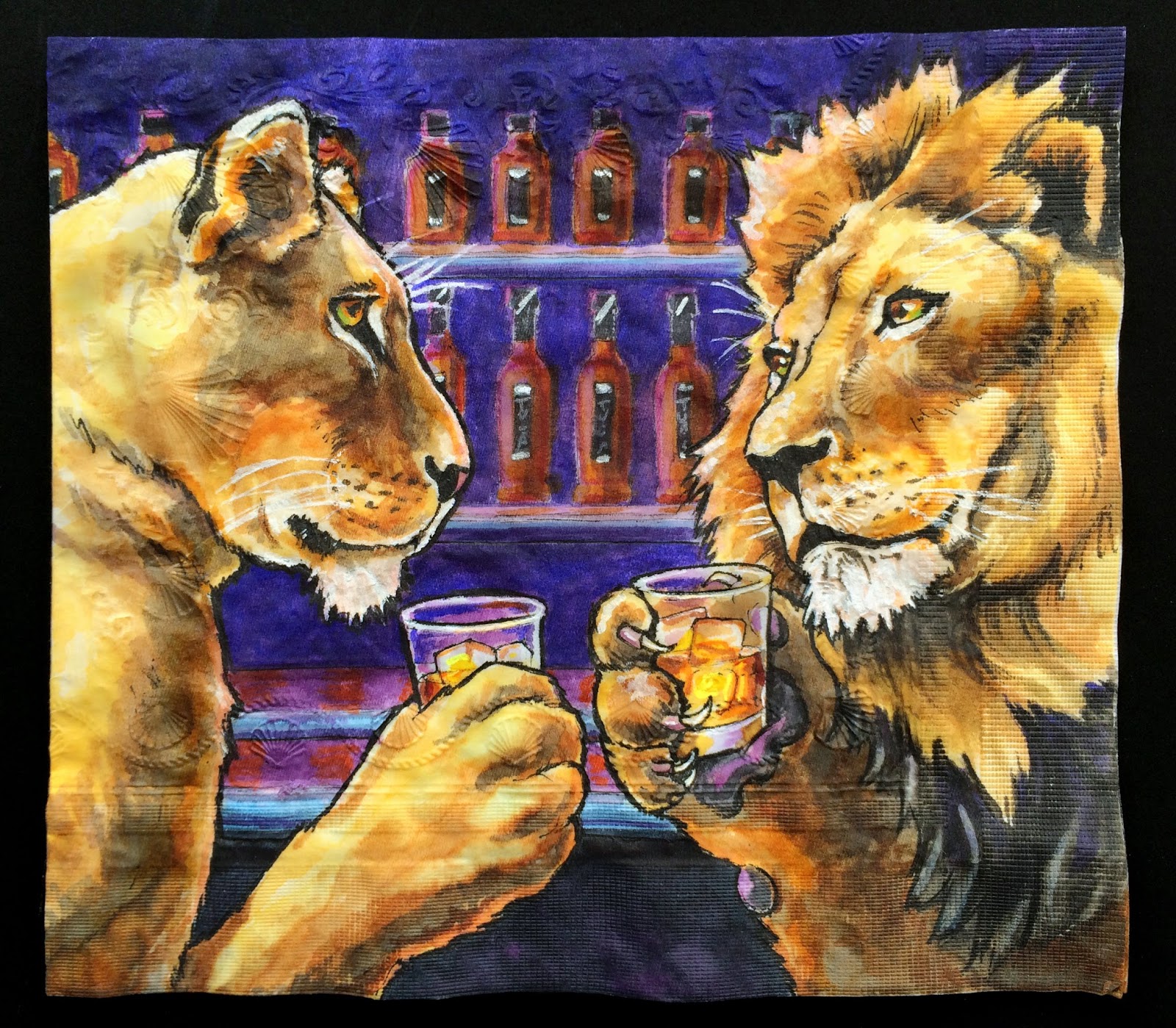