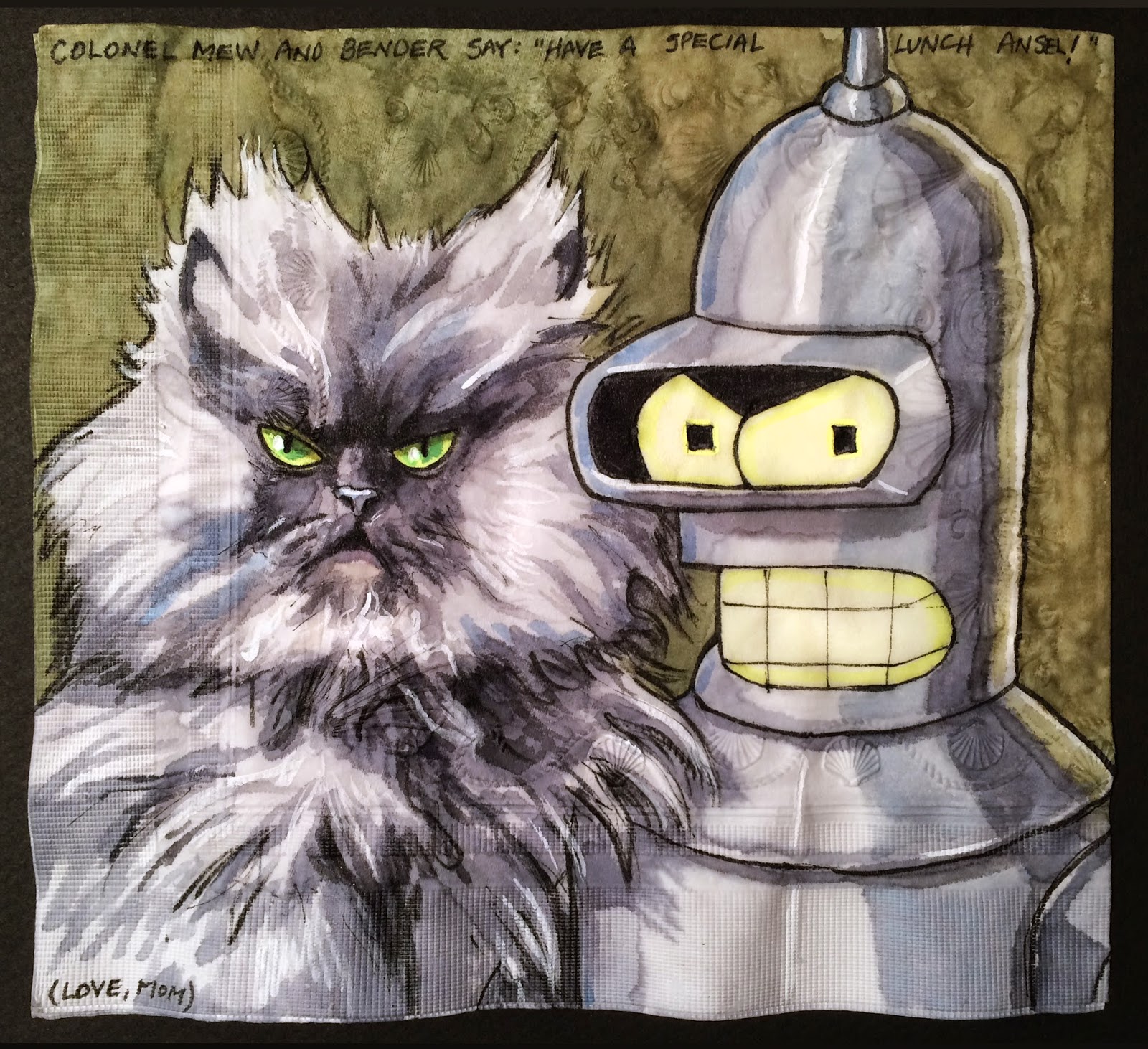 During his rather short life, Colonel Meow was a member of the internet cat aristocracy, hobnobbing with Grumpy Cat and Lil Bub and being interviewed by Anderson Cooper and Ellen.  His internet persona was built around aspirations to world domination and consumption of scotch. He was not bereft of real world accomplishments, however, having been awarded the Guinness World Record for “longest fur on a cat,” in 2013.  In the style of the "I Can Has Cheezeburger" cat, his taglines included, "Did someone mention Scotch?" ""Humans? You mean slaves,"  "I will swallow your soul," and "This isn't even my final form."

Unfortunately Bender's tagline is "Kiss my shiny metal ass!"  Futurama is thoroughly inappropriate for second grade boys...which is why my son loves it. He doesn't understand the specifics of the jokes about hookers, substance abuse and general amorality, but he gets the gist that something naughty is going on.

Colonel Mew passed away in 2014, mourned by his  533,000 some Facebook followers.  The last episodes of Futurama aired in 2013.  Both characters are nevertheless available online for further inspiration.
Posted by ninalevy at 1:09 PM