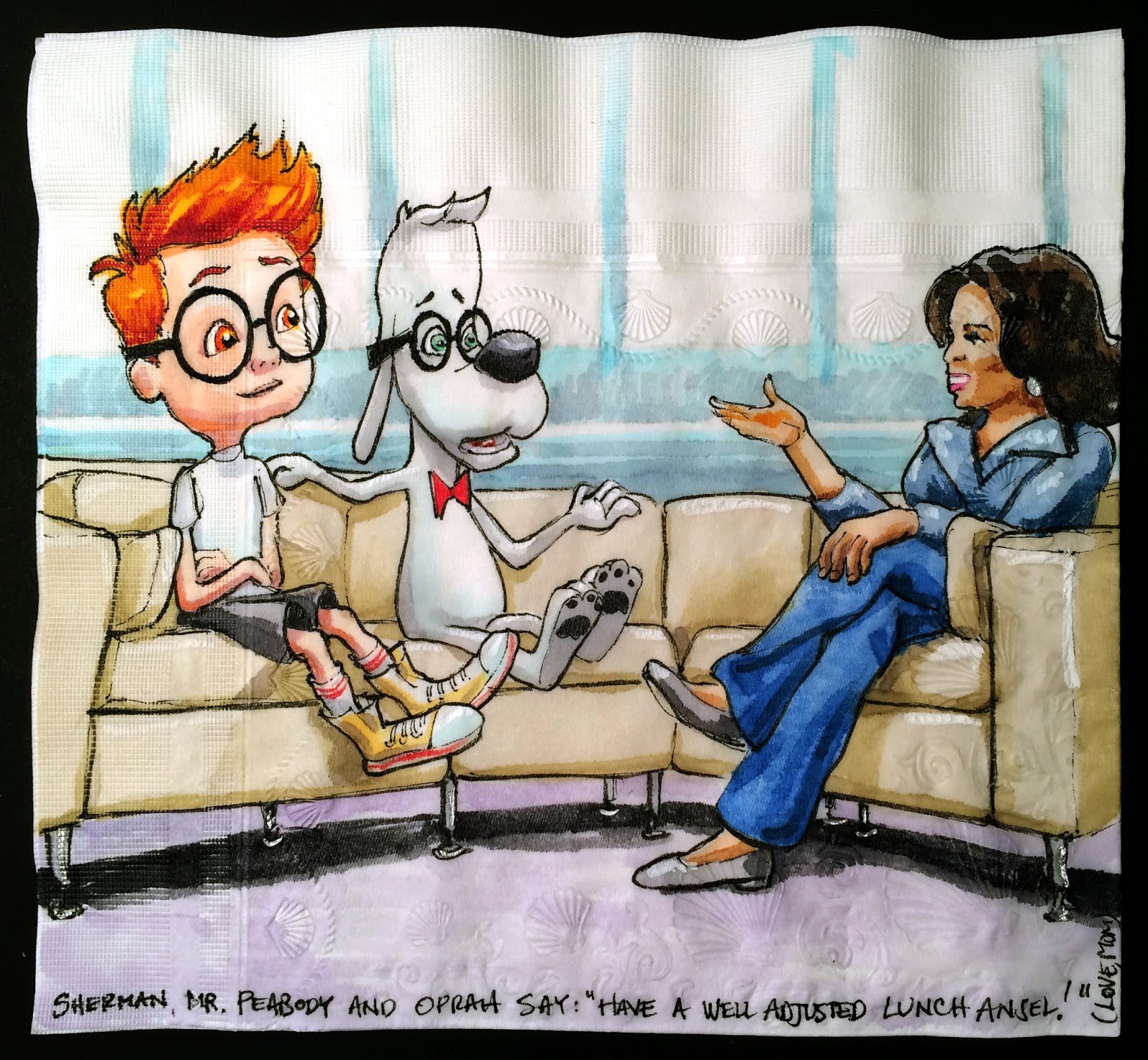 Sherman and Mr. Peabody meet with Oprah to discuss the advantages of interspecies adoption...or maybe they are talking about how difficult it is to raise a child afflicted with macrocephaly.

I had tried to interest our kids in Rocky and Bullwinkle and their friends Sherman and Mr. Peabody without success last year.  The original shows were just too talky for their taste.  The present movie about the dog and his boy, however,  features slapstick, snappy catch phrases and jokes about armpit hair, so our sons were more or less pleased.  Based on the preview, I expected a "Chicken Little" style disaster and was almost pleasantly surprised.  Beyond its lousy gender politics, the movie is basically likable.

I dozed off last night while I was supposed to be helping the kids to bed, waking up far too late to come up with anything interesting for lunch or napkin decoration.  I expected that Ansel would balk at this image, as he's barely seen a talk show and just who is Oprah anyway?  Perhaps our appearance on the couch of the Fox News morning program last year helped him appreciate the humor of appearing on TV to discuss your parent's peculiarity. 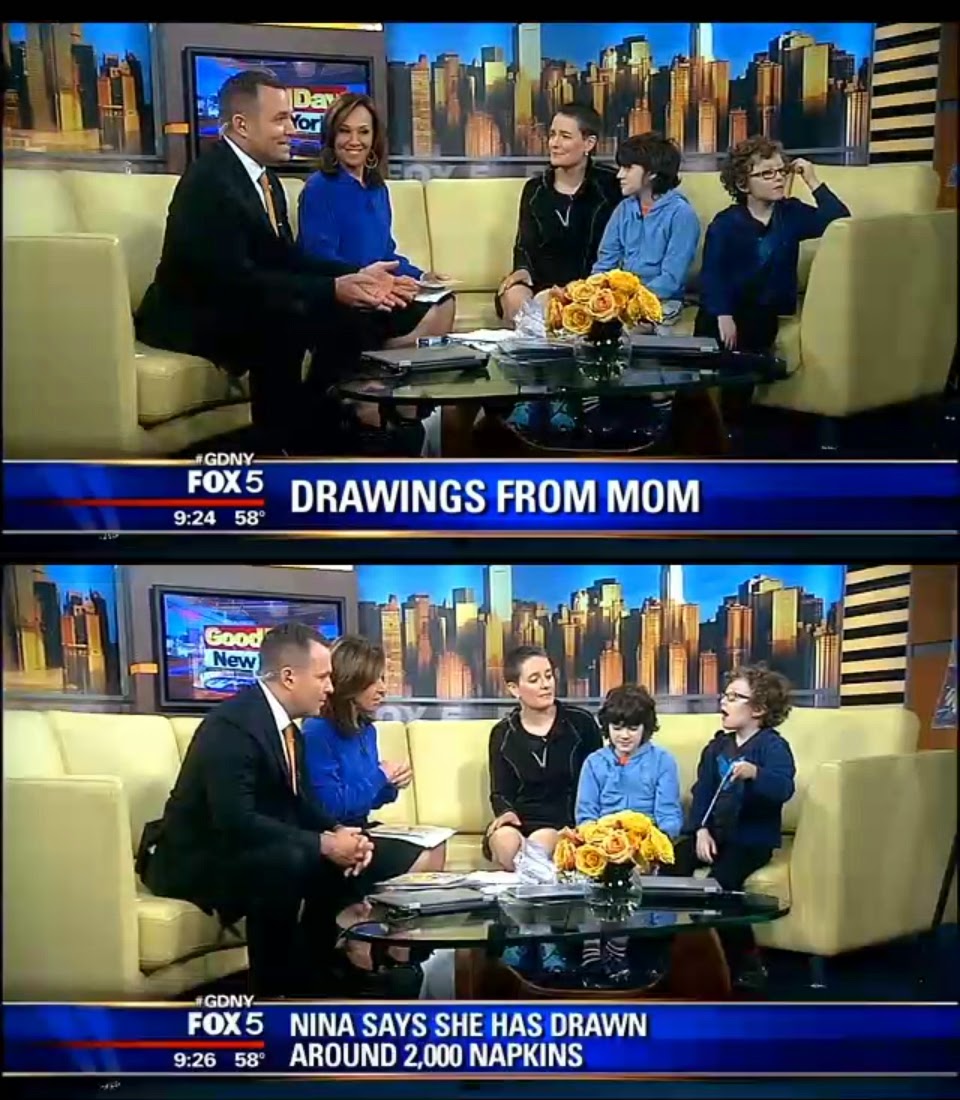