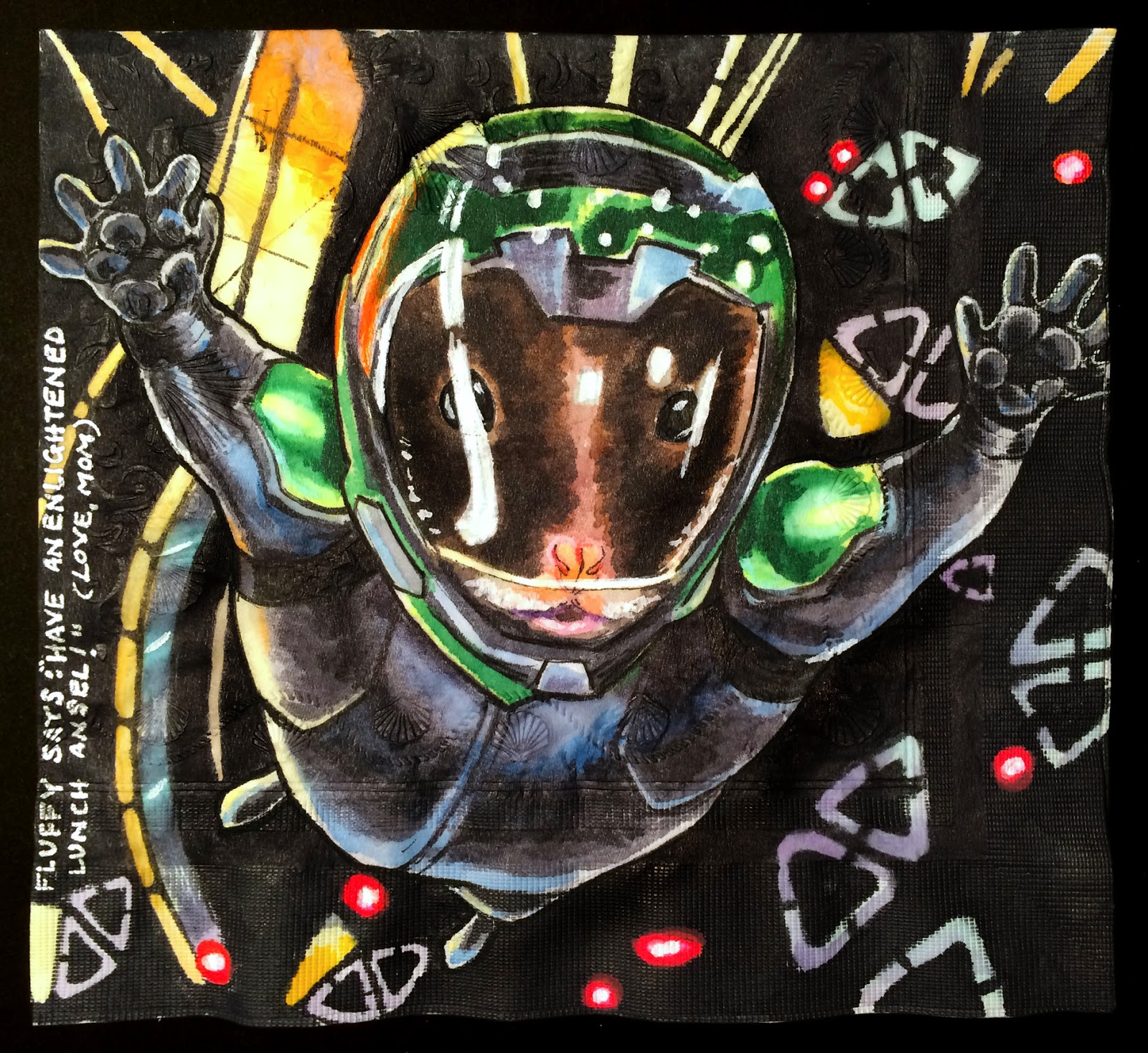 Despite the kids' initial protests, we watched "Ender's Game" over the weekend.

The futuristic kid-centric violence of course completely won them over.  Archer declared that he was "pretty much jealous" of Ender as his education involved video games and was all about combat...And he gets to destroy an entire planet, after all.  The difficulties of the character's situation were of less concern.  I did not bother to point out that poor Ender probably had to study math and science also and did not have the benefit of LEGOs, pizza, or well... family support.

I thought we were done with Fluffy, Ansel's class hamster, but he requested the rodent be portrayed in the war room from the movie.
Posted by ninalevy at 11:30 AM