Dark Link and Link from Legend of Zelda 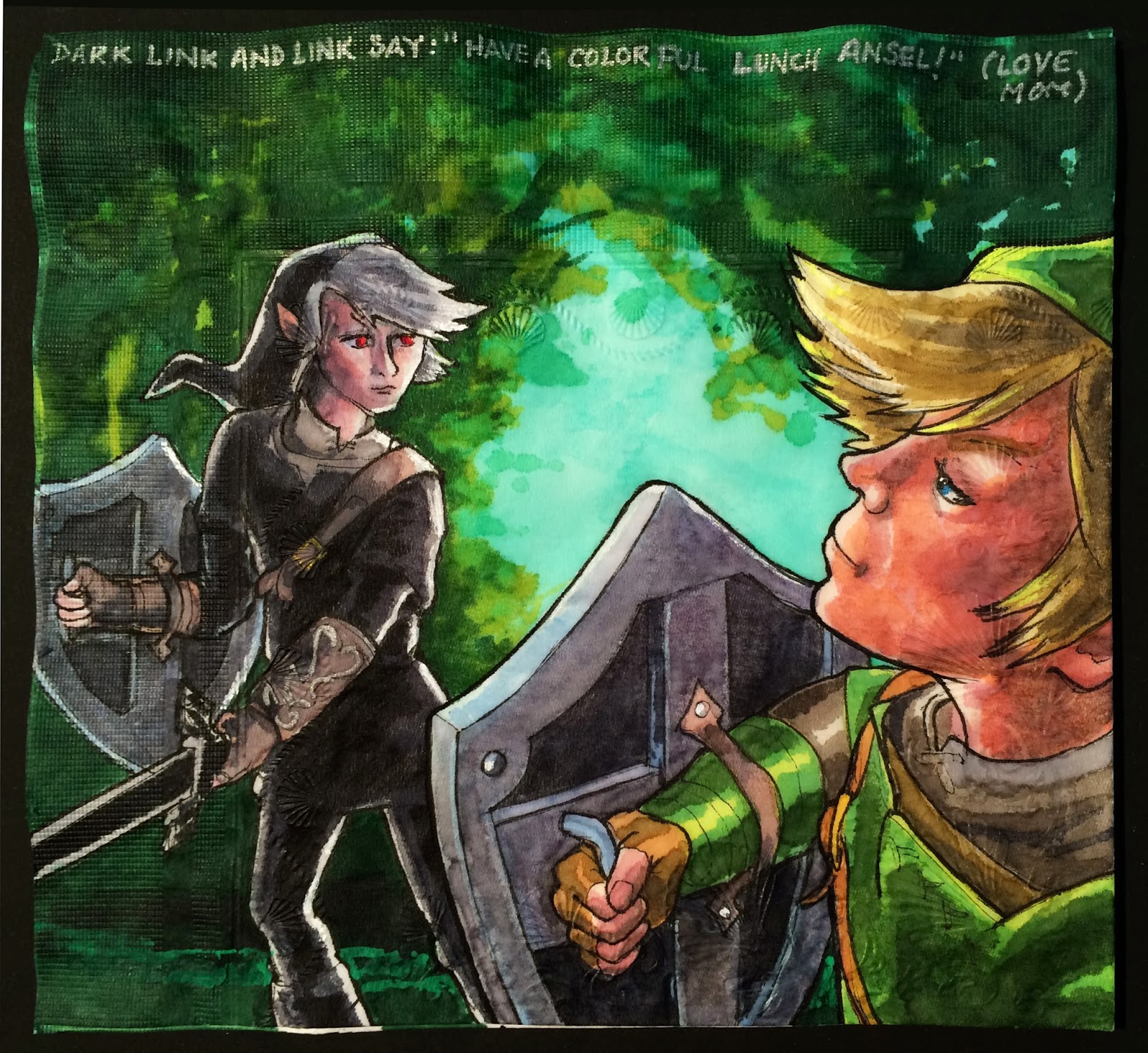 Over the weekend, the boys developed a sudden interest in The Legend of Zelda game and the "Dark Link" character in particular.

Neither of them have ever played the game, and I don't think Ansel has ever even seen it played.  But the idea of the black-clad doppelganger of a hero is always enticing for him... And yes, he using the word "doppelganger" when discussing Dark Link, although his pronunciation is iffy.

Regrettably, I based this drawing on a blurry snapshot of our sons acting out a "Link battle"- ie, bludgeoning each other with Nerf swords and shields.  They were both quite displeased with the results.  Archer was put out that his character (regular Link) did not have a visible sword, Ansel thought they both looked "weird" and was concerned that the characters would look too much like him and Archer.

And even before this general griping from the juvenile critics, I had to awkwardly flip the image from right to left, because Link is left handed, don't you know?  I did not.
Posted by ninalevy at 12:19 PM