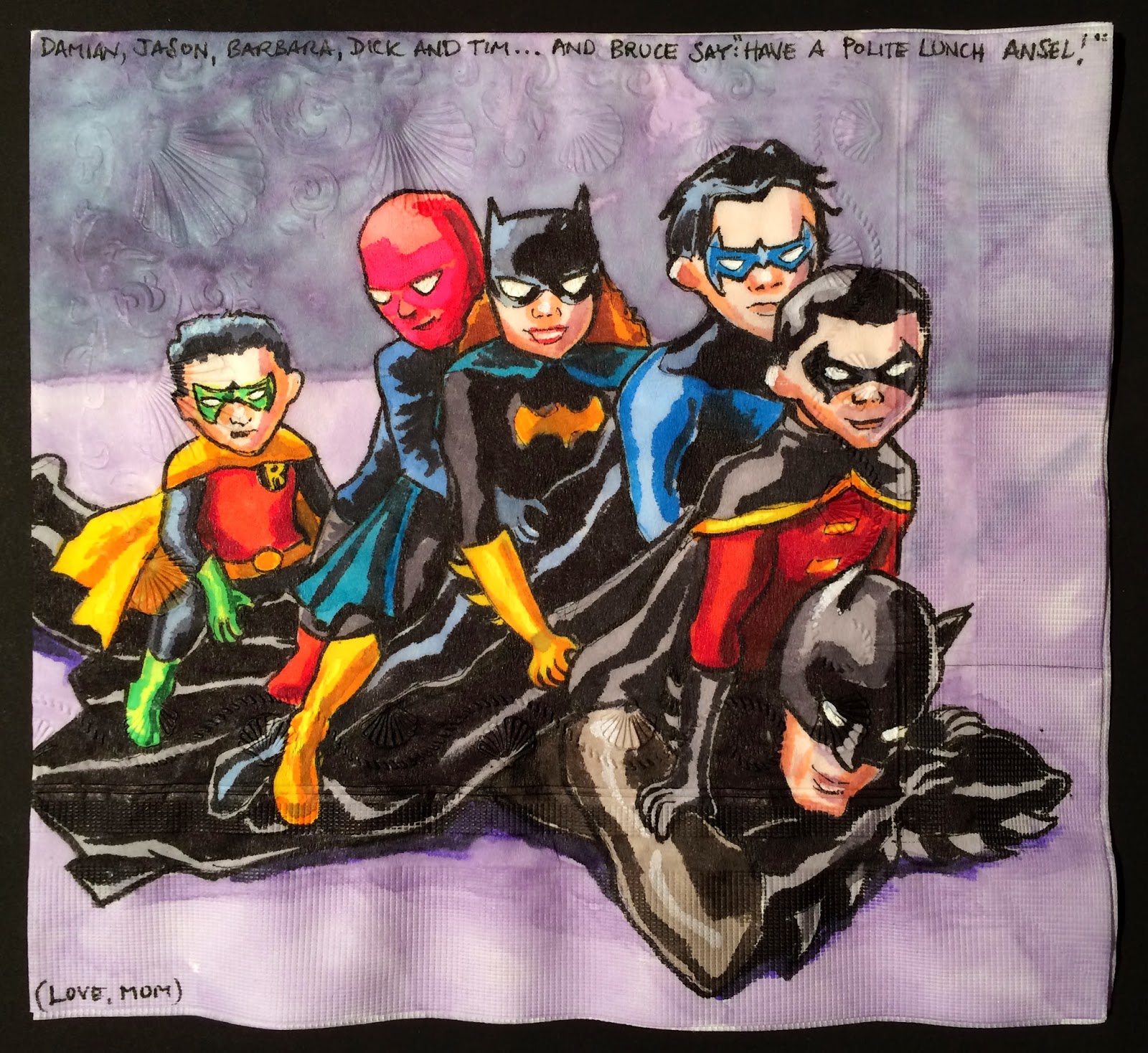 We had been in sort of a latent phase regarding Batman recently.  We hadn't been rereading any of the two bookshelves worth of DC materials stashed in the boys' bedroom.

That was, until we received the recently released "Batman Li'l Gotham" compilation by Dereck Fridolfs and Dustin Nguyen.  This holiday themed all-ages series features all of the Robins and associated Bat characters drawn as big headed kids.  For our sons, it has an appeal similar to the "Tiny Titans" series where characters from different timelines and stories are all affably hanging out together.  And it is quite beautifully drawn and painted.

After a long discussion of which Robin was which during bedtime reading last night, I had the delusional idea that I was going to draw a whole bunch of Robin-kids goofing around.

This sort of drawing with multiple characters/multiple costumes was definitely a mistake for me to think I was going to be able to pull off after I should have already been in bed last night.
Posted by ninalevy at 12:14 PM