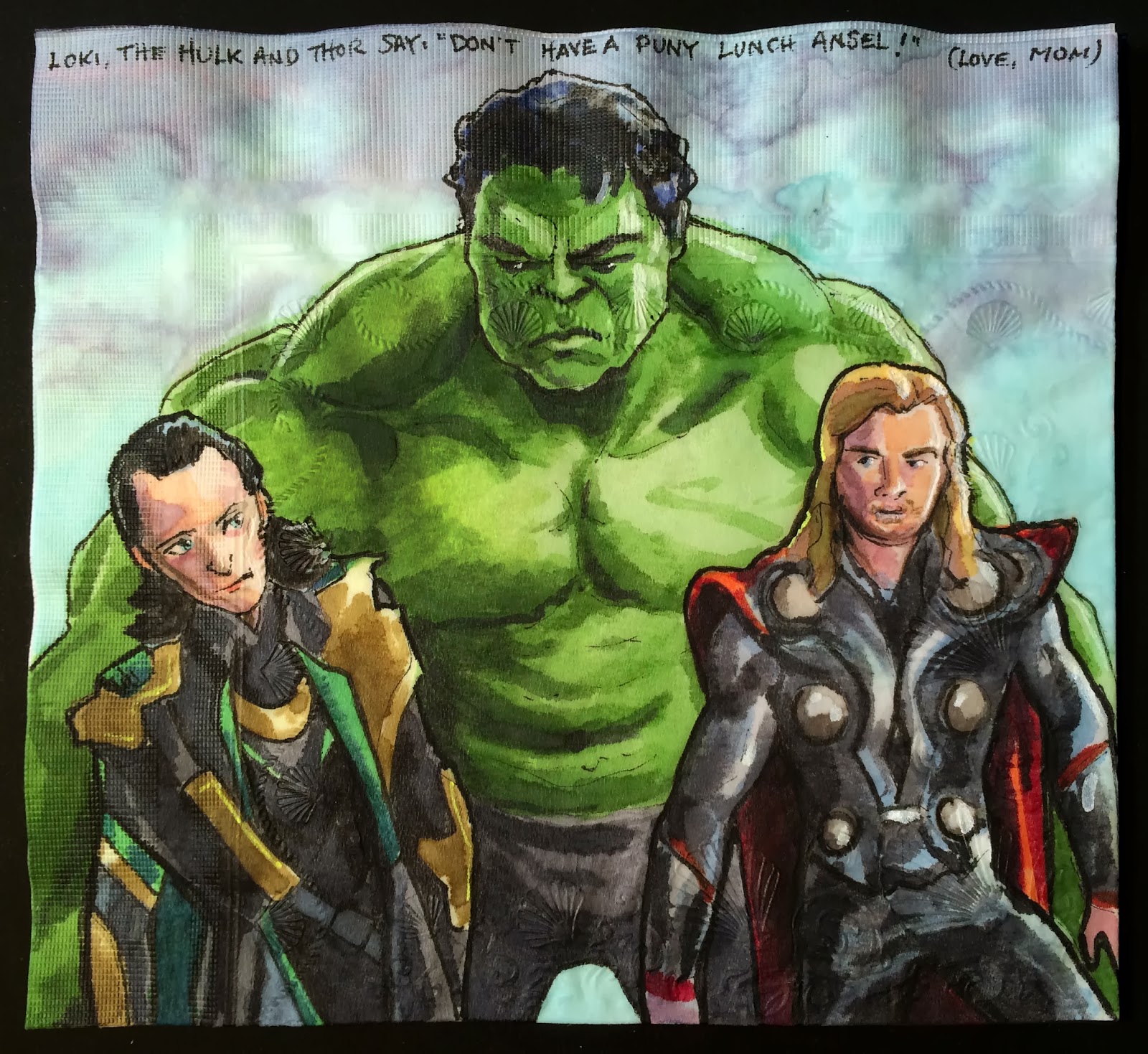 "The other guy" looks down on those "puny gods."

Two of the most satisfying moments of "The Avengers" for our sons involve the Hulk and the Asgardian brothers.

In the first, he casually shoves Thor off the screen without even looking at him, presumably just because he can and because Thor is sort of irritating.  The Hulk later literally wipes the floor with Loki, just as Loki is delivering a condescending speech about how he is a god and is sick of the interference of these boring little mortals. Leaving Loki shell-shocked on the floor, the Hulk smirks ever so slightly and says, "puny god."

In both scenes, it is a case of a giant id smacking down a talky, pretentious long-haired adult with fancy clothes:  What's not to like about that if you are a 7 year old boy?

I sometimes resort to telling our kids that they are boring me when they are really behaving badly... (like that is going to make them stop.)  When I watch the Hulk and Loki scene, I think I ought to reconsider my tactics.
Posted by ninalevy at 10:21 AM