Hamster as Hawkeye in "The Avengers" 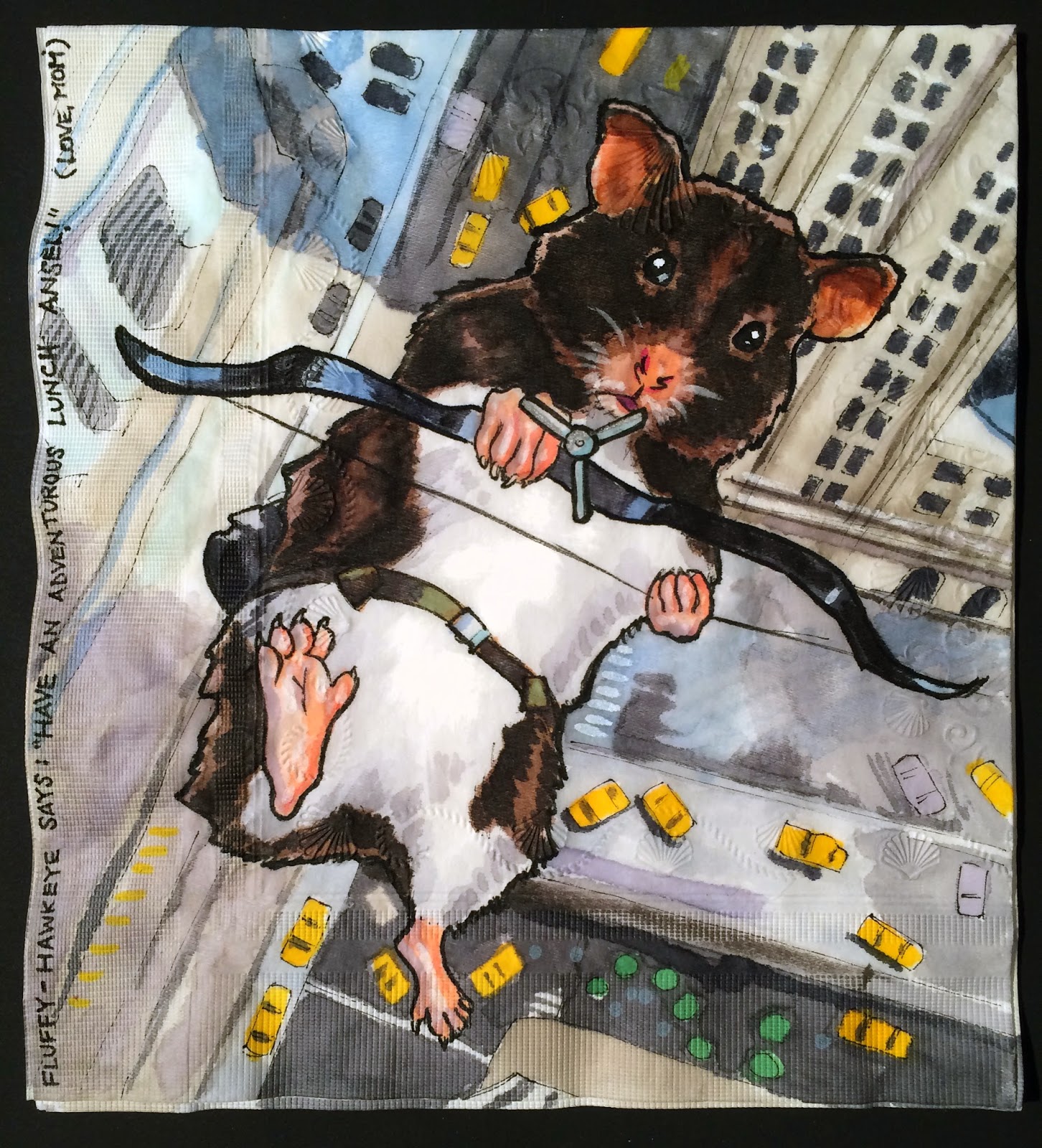 Although he was vociferously against seeing "The Avengers" again, the movie won our younger son over pretty quickly because of Hawkeye.  Afterwards, there was a great deal of pretend shooting of things in  the living room with a bow that once fired mini marshmallows before being broken long ago.

We hadn't done a "secret life of Fluffy the first grade pet hamster" napkin in quite a while, so I cast her as Hawkeye in the scene where he theatrically leaps off a midtown roof while shooting a grappling hook into the side of the building.

Strangely enough, I find the ridiculously implausible antics of the likes of Thor and the Hulk to be less distracting than the violations of the laws of physics committed by the "normal" physical specimens like Hawkeye and the Black Widow.

This morning, Ansel seemed slightly annoyed that I had sullied Hawkeye's coolness by turning him into a female rodent.
Posted by ninalevy at 12:14 PM