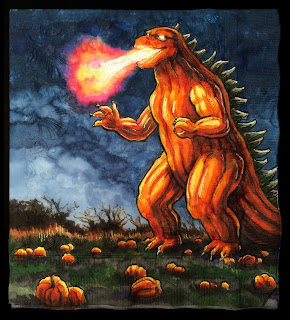 Or maybe it's a Kaiju O Lantern?

Since the younger child starred on the last pumpkin-themed napkin, we had to give the other, Godzilla costumed, one equal time.

My younger son did look at this napkin wistfully and said, "I wish pumpkins could actually do that."


The Doctor and the Terrible Lizard pose after trick or treating. 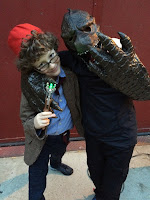