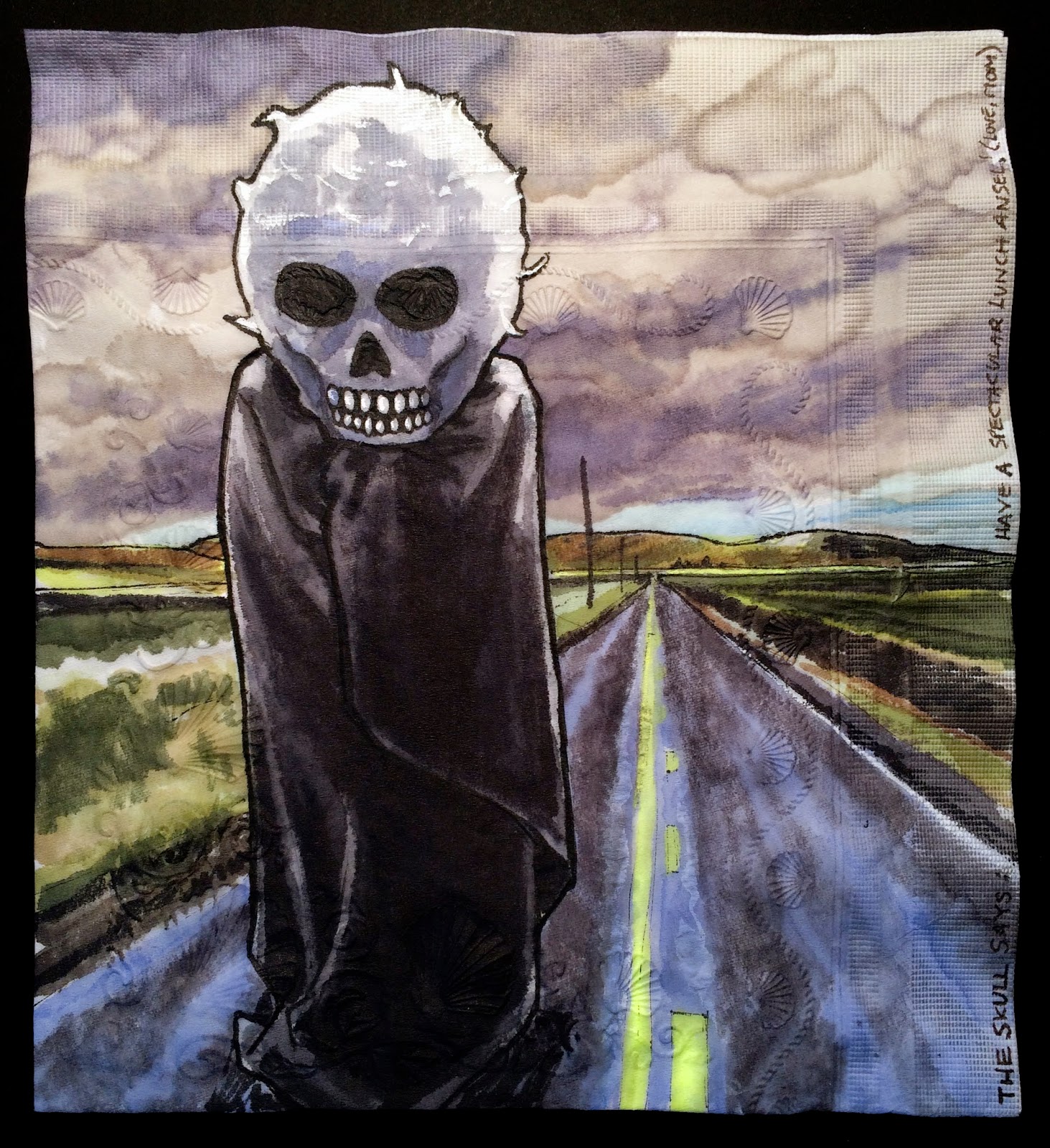 Ansel is developing a real taste for the macabre.  He spent the hour before bedtime last night wearing a skull head pinata (from last year's birthday party) with various drapery, trying to transform himself into a "jump scare."  When he finished wearing the head, he carefully composed it on the couch (note the placement of the tv remotes- even death's heads need their media) for maximum shock value for his brother in the early morning.

He decided that this skull guy really should be a character in our ever developing- yet still nonexistent- web comic.  I really liked the idea of a creepy individual who wears an old pinata on his head, but I suspected that Ansel had a literal skull in mind.  I tried to split the difference in the drawing.  There is some suggestion that it's a pinata, but Ansel still thought it was cool and not silly.

The main horror of this skull guy's visit last night was that he left little scraps of white tissue paper strewn all over the apartment. 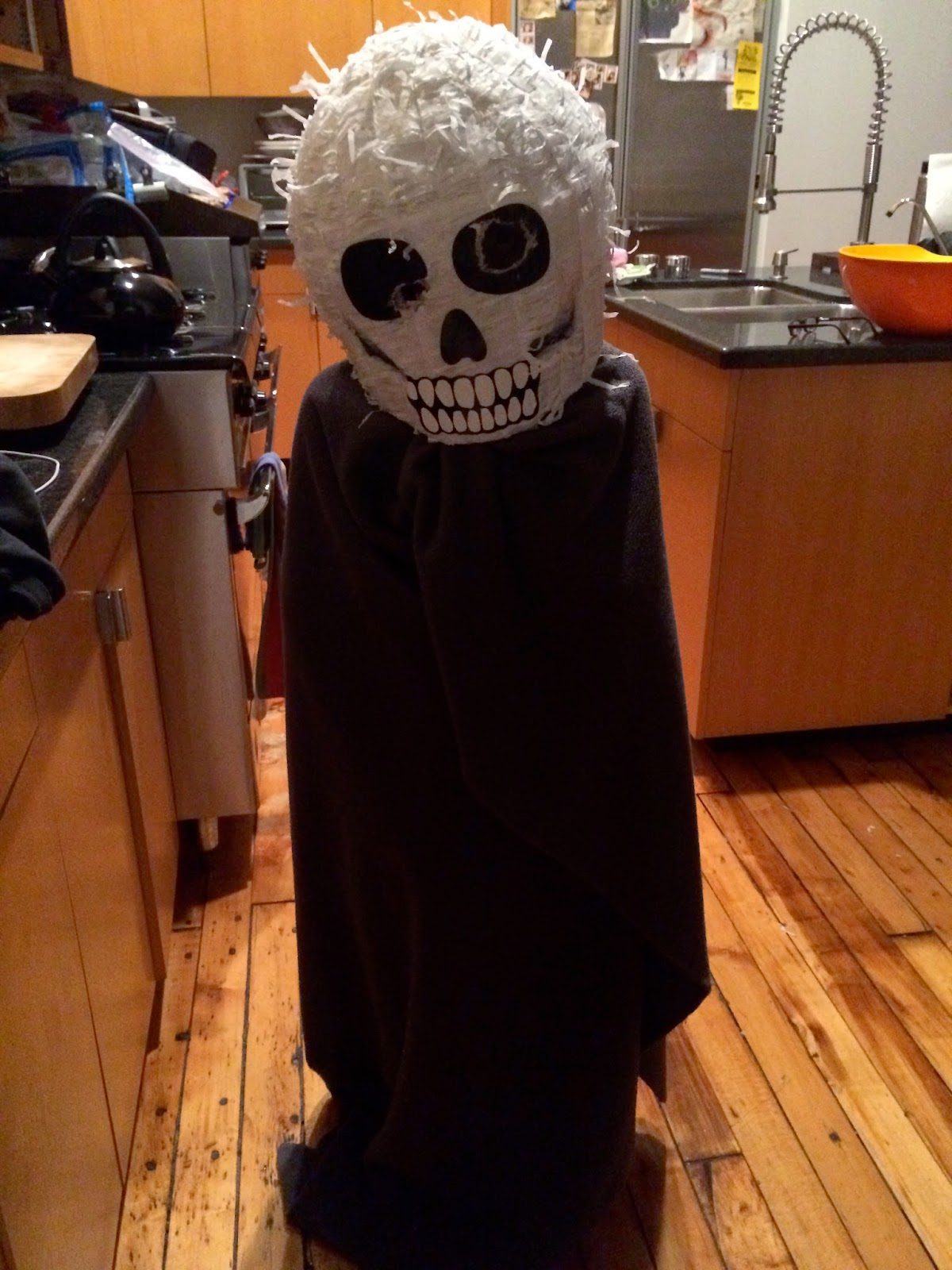 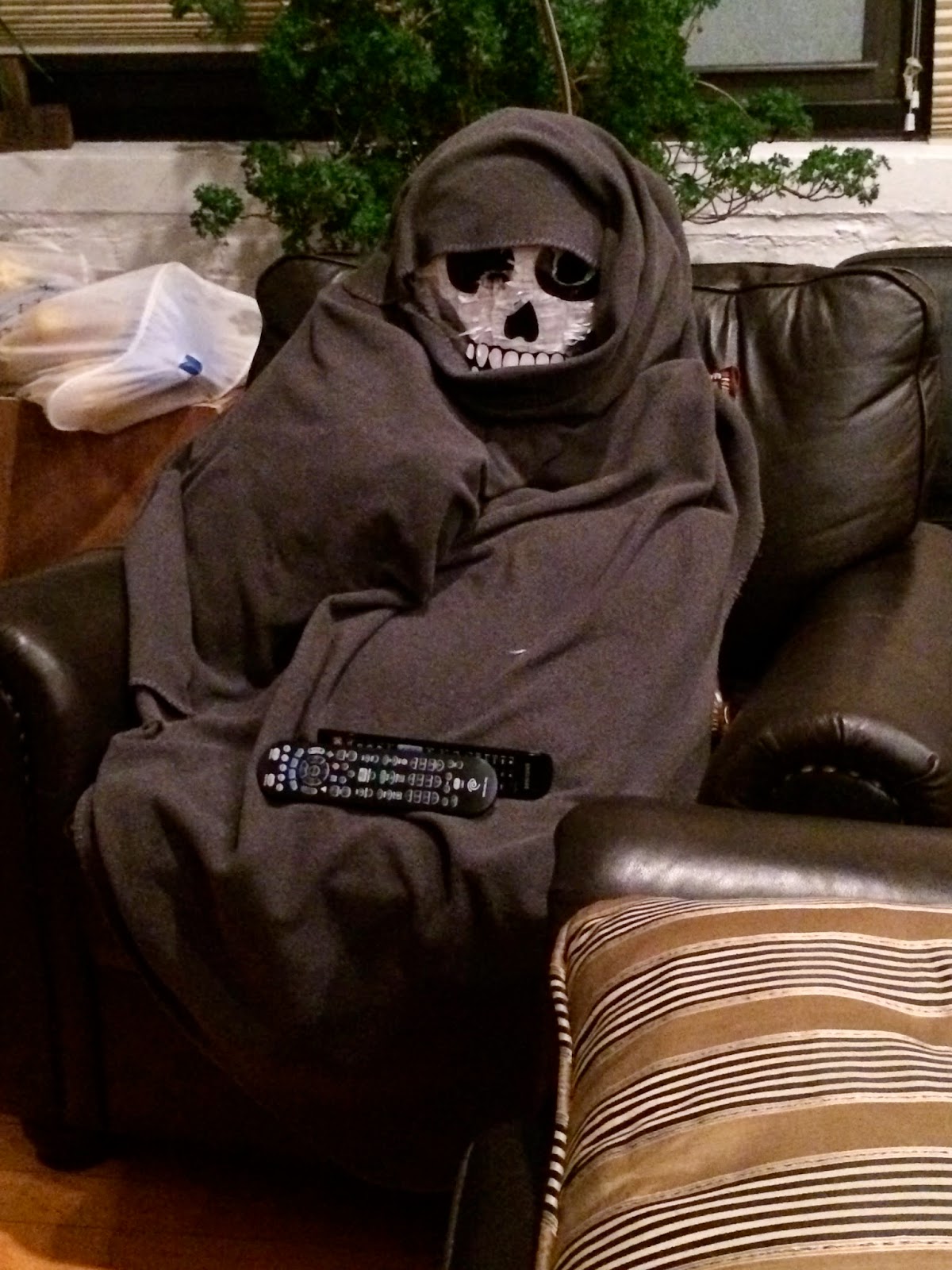