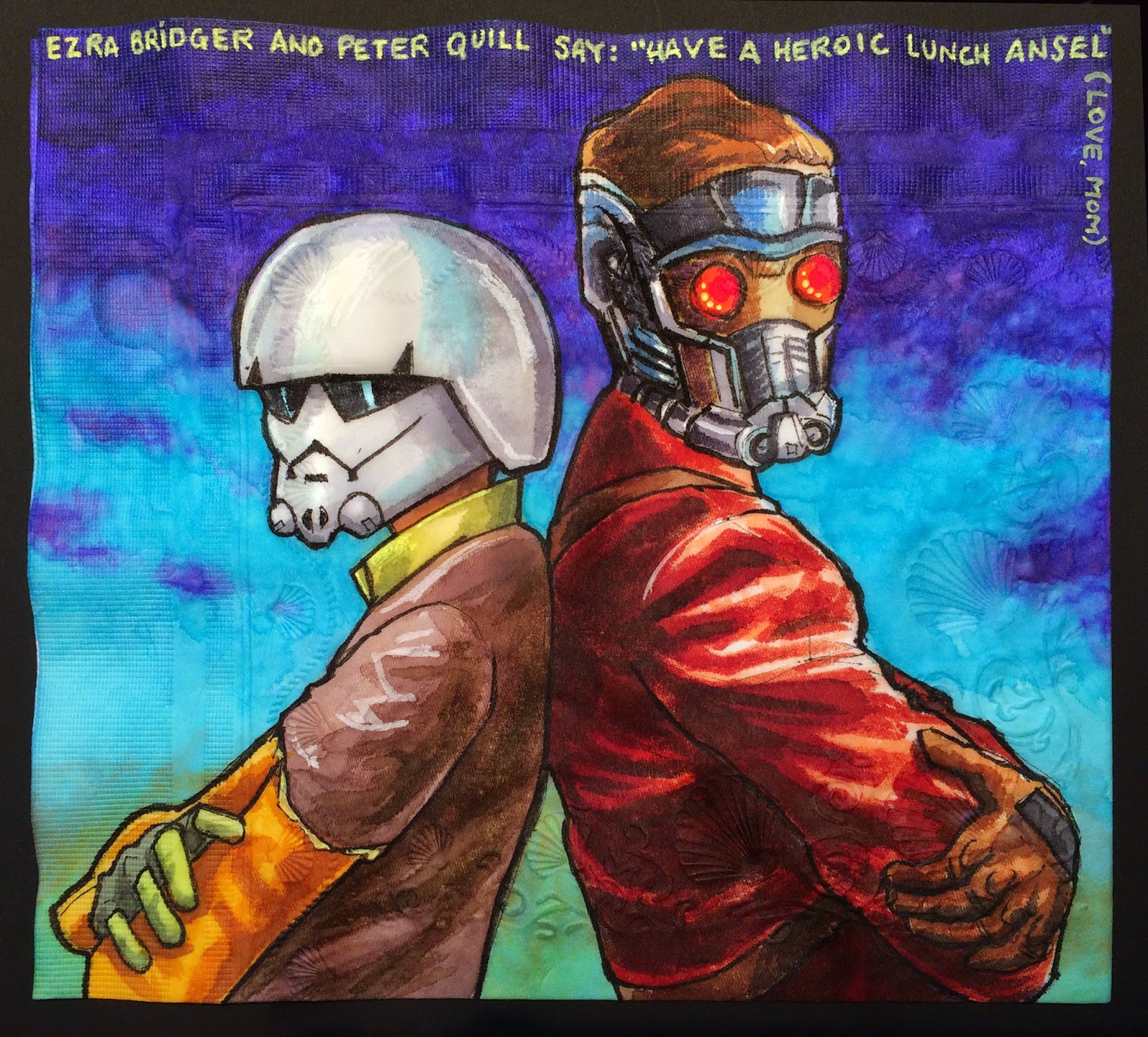 Guys from "Star Wars Rebels" and "Guardians of the Galaxy" show off their headgear: It is so cool that they don't need peripheral vision.

Late August brings the first fall costume catalogs and the feverish planning of Halloween begins.  Not that we haven't been discussing the Halloween costumes since last November 1st... But now I cannot get away with shrugging noncommittally and pointing out that the deadline is months away.

Ansel decided yesterday that he NEEDS both a Star Lord costume and an Ezra Bridger costume in order to combine them into one costume of "Absolute Awesomeness."  My standard response to this sort of news is, "Start saving now," but again, time is growing short.

Ansel's interest in the Ezra character from the latest Star Wars TV show is the first break in a years long dislike of the entire franchise.  His older brother experienced an intense obsession with everything in the "expanded universe" several years ago and Ansel had been holding a grudge ever since.  But "Rebels" is a new show and has not been spoiled by being liked by his elder sibling.

While no one is our house has really focused on the Star Lord character, all acknowledged that he is cool and has some nice gear.  Ansel is still particularly taken with his coat.  There was also great interest in the Walkman that he carries in the movie.  Amusingly enough to an elderly person like myself, our kids were not entirely clear on what this device was.  They are surrounded by an appalling number of electronic devices, including an Ipod nano, but Ansel had the sense that the device he saw on screen was somehow much more cool.  After seeing the movie, he spent an afternoon carrying around a Walkman sized block of wood and some outdated headphones.
Posted by ninalevy at 12:10 PM