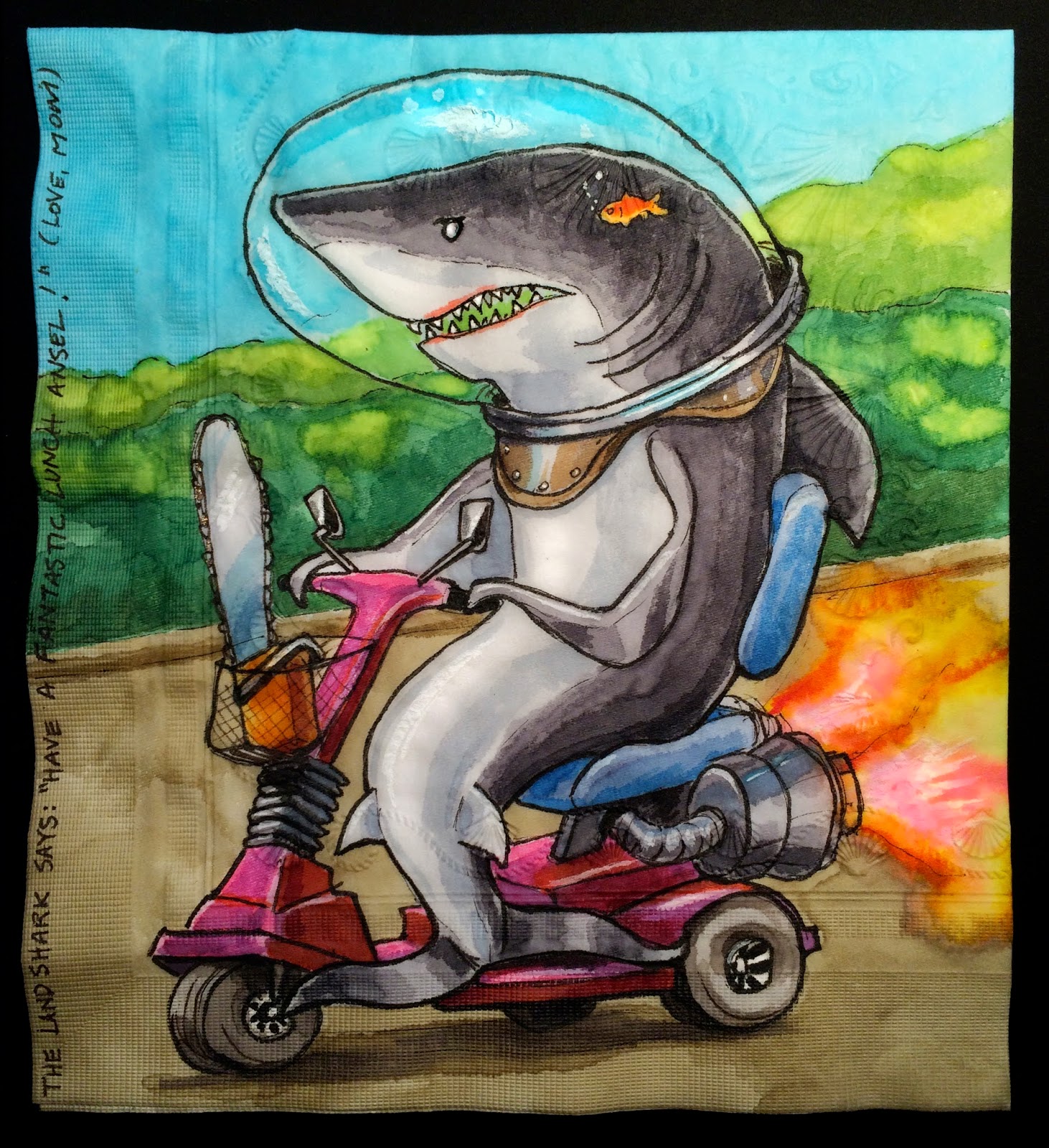 Inspired by "Sharknado," "Axe Cop," "Chicken Little," SNL and a trip to Costco:

We often discuss potential characters for this hypothetical comic and the Land Shark was yesterday's topic.  ("Sharknado" has a long tail, so to speak)  Archer was primarily responsible for the description, including rocket boosters, laser weapons  and a "chainsaw holster."  Fish Out of Water, our favorite character from "Chicken Little"  (originally one of our early favorite books by Helen Palmer) inspired the helmet.

I'll admit I was much more interested in the ridiculousness of the character than the kids were.  The Saturday Night Live Land Shark sketches from the late 70's were in my mind.  I recounted them to the kids, but they did not find my rendition as funny as I thought they should.  And I liked the idea of the alpha predator riding around on the sort of motorized scooter that enables the morbidly obese to navigate around Costco.  I am slightly sorry that I  did not try to render the distortion of a water filled helmet in a realistic way... because, you know, the overall image is so very  realistic.

And Archer pointed out that I had neglected to include the laser weapons.
Posted by ninalevy at 11:22 AM