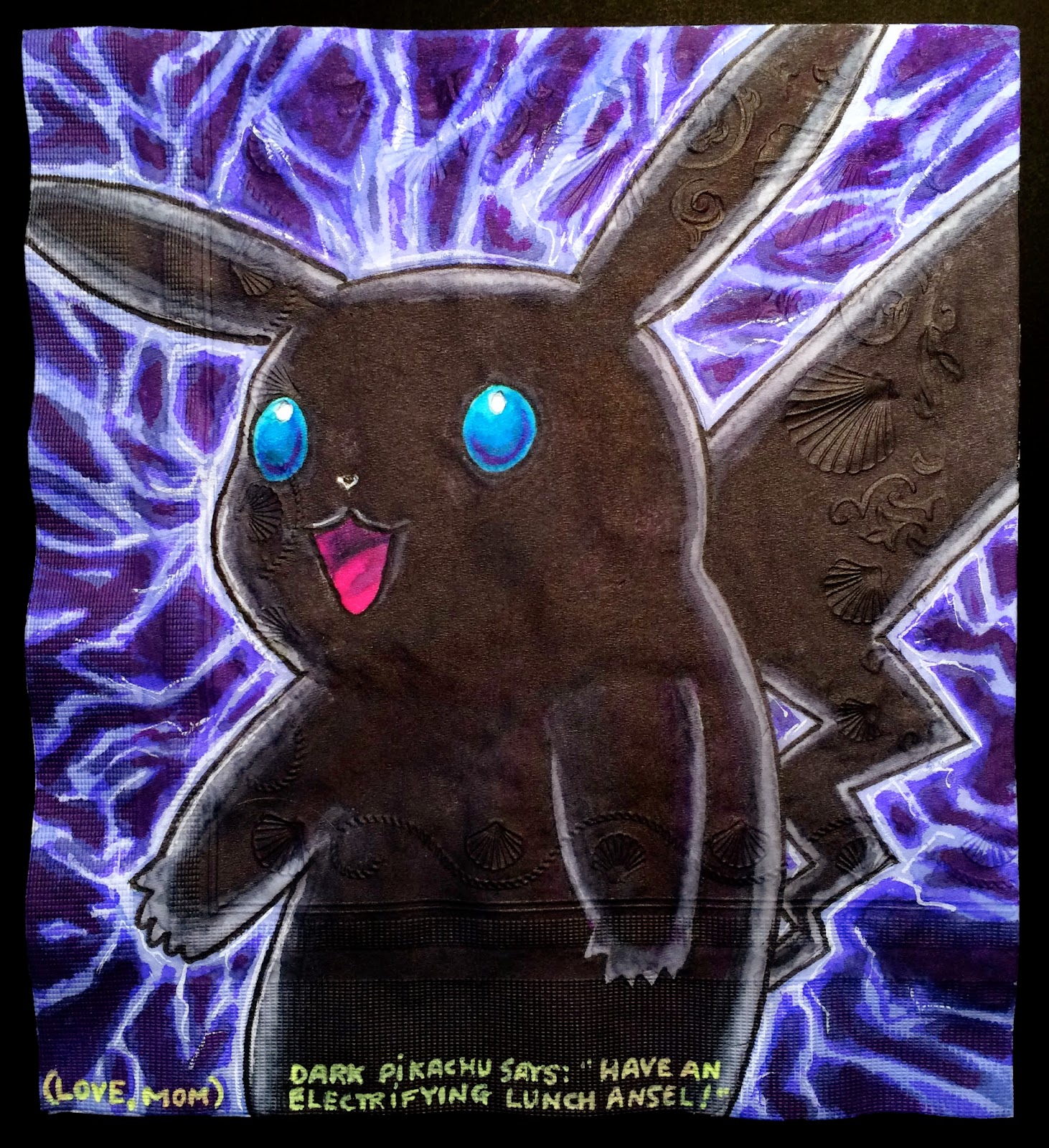 A happy and ever popular Pokemon... but of course it is the dark version.

There is no doubt that Ansel gains plenty of pop culture boy cred courtesy of his older brother.  He's on top of all of the video game trends and is an early adopter of all sorts of age-inappropriate content and behavior.  When all the parents in Kindergarten received an email that said something like, "Your child may have been exposed to some inappropriate language today at lunch time..." we did not have to ask which child was the source.

Archer is 4 years older, and he works hard researching the stuff that he is too young to access directly. As a result, much of the material that he shares with Ansel is way too far ahead.  (I'll just offer two very disturbingly linked phrases:  "Grand Theft Auto" and "lap dancing")

While I have my own concerns about the larger issues of the transmission of  inappropriate content, on a lighter note, I think the situation makes Ansel's napkin pictures rather obscure for his second grade lunch friends.  When Archer was seven, the napkins were all Pokemon, LEGO or Star Wars.  Those topics were instantly recognizable and cool from his friends' perspective.  I engaged in a lot of napkin compensation: When Archer felt deprived of the latest Pokemon card or Star Wars toy (something that happened pretty much on a daily basis) I could at least draw a nice picture of it on his napkin.

Ansel's napkins often feature whatever his 11-turning 25 year old brother has been yammering about the day before.  Last night's topic was the horror video game "Five Nights at Freddies."  At bedtime, Archer announced to me that Ansel was really interested in this game.  This prompted the question, "I wonder who told your seven year old brother about this creepy game featuring killer animatronic creatures?" (parental disclaimer: Archer has not played this game...but he knows all the details anyway)

For today's napkin, I decided to forgo the homicidal robots and instead feature the more age appropriate Pokemon that Ansel and his classmates were arguing about at pickup yesterday.


Below are Ansel's superior drawings of Pikachu, light and dark, bleeding through on opposite sides of one sheet of paper: 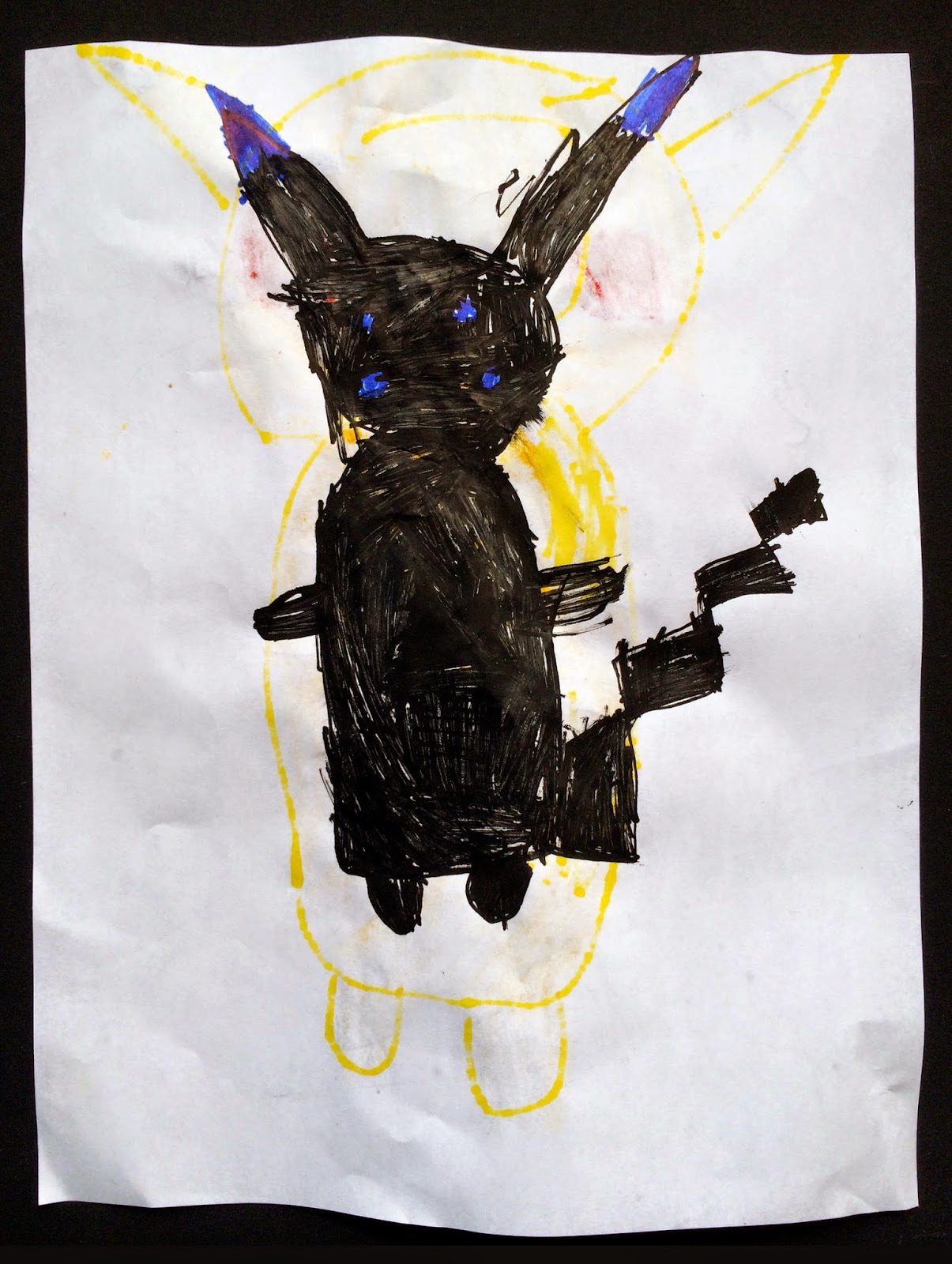 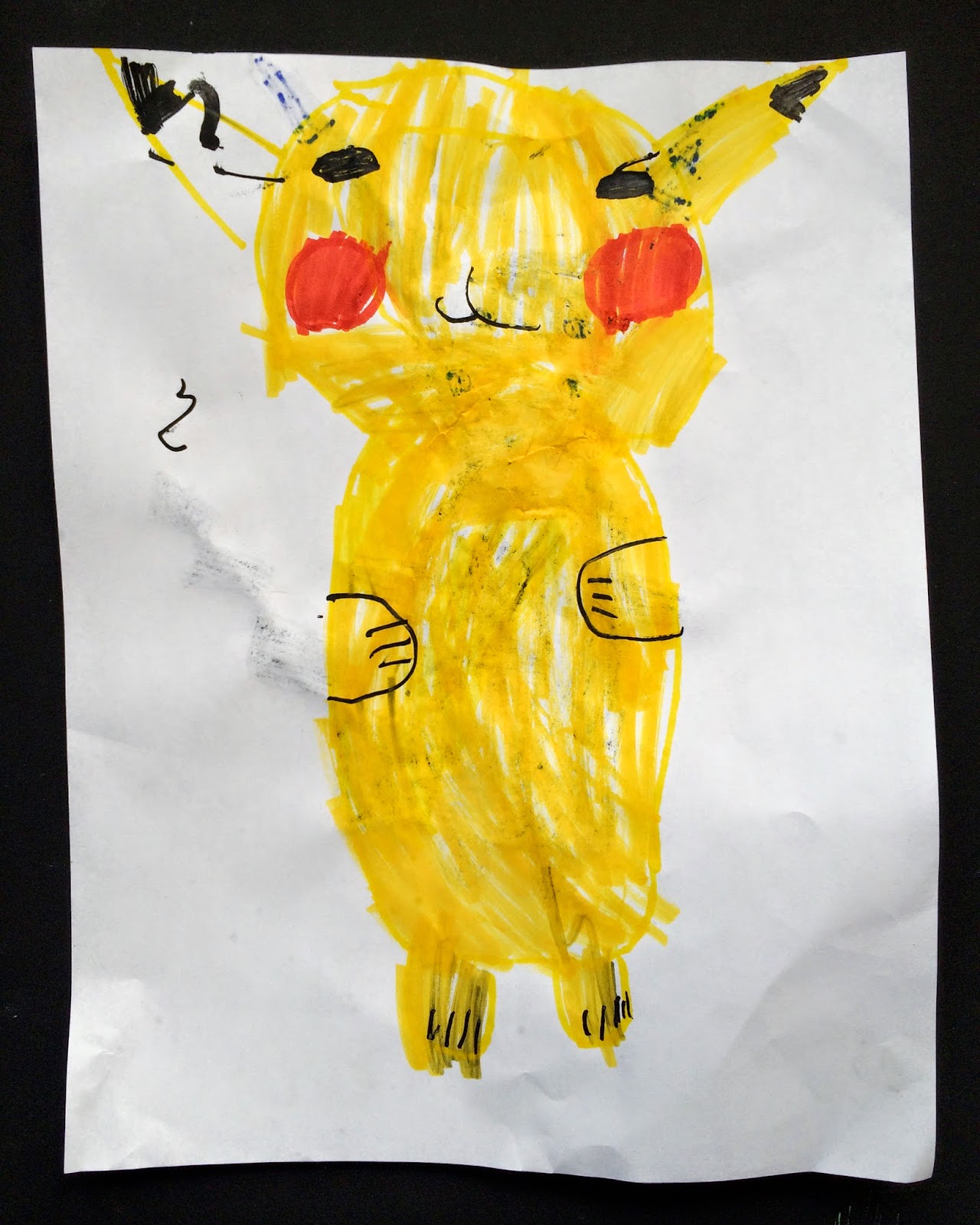