Griever from "The Maze Runner" 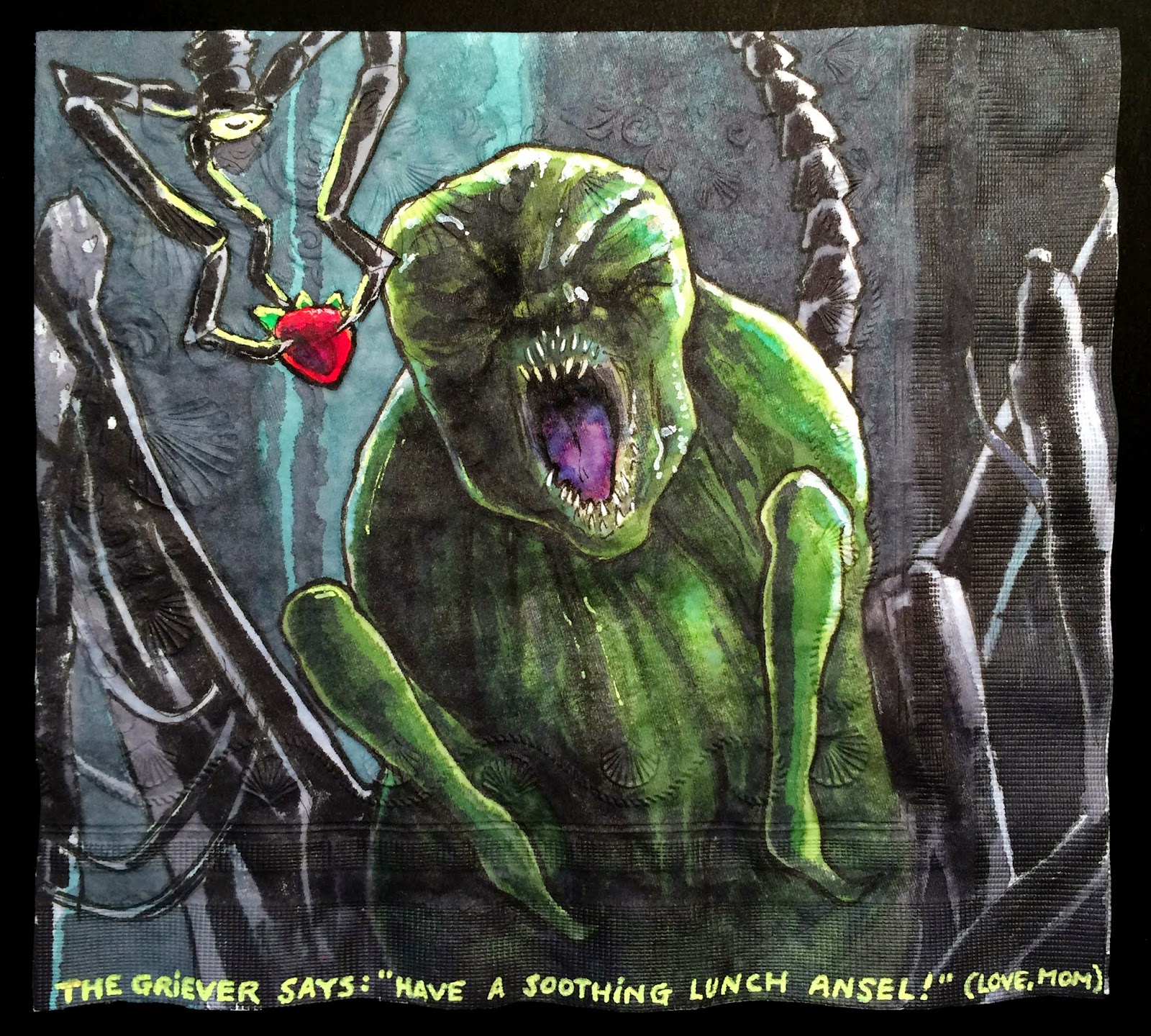 Not Too Creepy for School... apparently.

Months ago, Ansel had insisted that I promise that we would see "The Maze Runner" as soon as it was released. Having slogged through the book in preparation, I was a bit concerned that seeing the movie in a theater would be too scary even for our "Sharknado" loving seven year old.  His older brother, while of course already an authority on the plot of the story, opted out.  Archer loves aliens and monsters, he prefers those with weapons and technical gear, or at least those who can be dispatched with a proton torpedo. While viewing "After Earth" a couple of years ago, we discovered that he is really very much not fond of watching multi-legged cgi monsters picking on unarmed protagonists. And I prefer that he be able to go to the bathroom at night without feeling that he has to run.

Any concerns I had about excessive scariness going in to "The Maze Runner" were reinforced during the previews which included a trailer for "Annabelle." This prequel to "The Conjuring" appears to be a shameless creep fest full of gotcha moments featuring the scary doll, an endangered baby,  a running nightgown clad demon, and the horror standard of the screaming woman being jerked off screen by unseen forces. By the end of that preview,  my child, who often thinks himself too mature to hold my hand in public, was out of his own seat and huddled in my lap.

The preview proved to be the more frightening moment of the afternoon, however.  Ansel toughed out the many scary scenes with the spidery bio-mechanical Grievers without too much cowering.  He was clearly pleased with himself afterwards, and went home to build Grievers out of LEGOs and cheerfully berate his brother for wimping out.

My rendition of the Griever is more silly than scary, which seemed fine given a classroom of seven year olds.
Posted by ninalevy at 11:41 AM