Eren From "Attack on Titan" 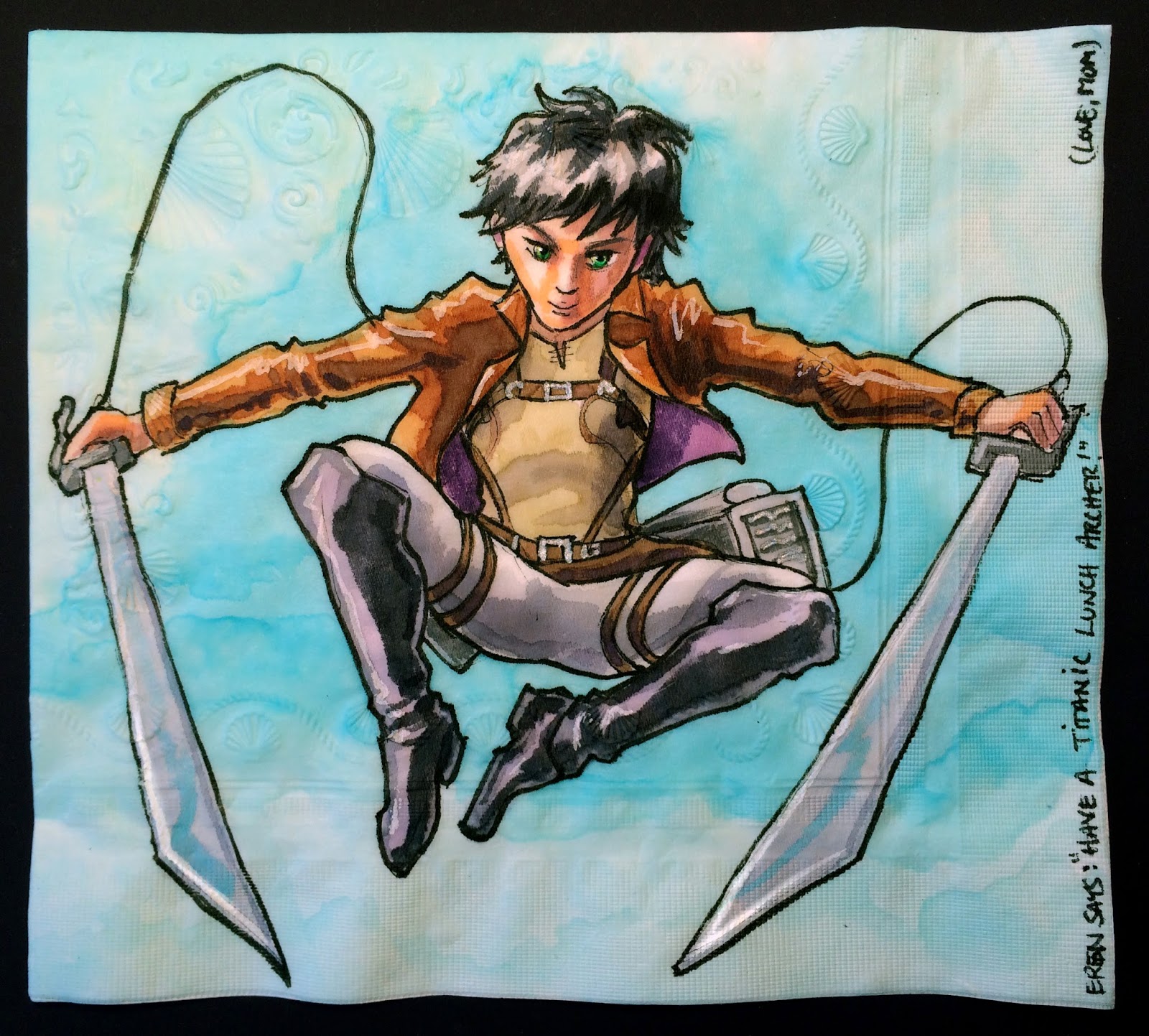 Archer's interest in all things "Attack on Titan" has continued to blossom.  He's been asking to watch the television show.  I read that it is "the Japanese equivalent of 'The Walking Dead'" which seems not like an endorsement for viewing by an 11 year old and his 7 year old pop culture sidekick/younger brother. Archer tells me that the show is broadcast on "Adult Swim" at 11:30 pm.  Uh huh.

Meanwhile, we continue to  emphasize prominent weapons.  The fighters in "The Attack on Titan" universe wear some sort of jumping/grappling gear which allows them to launch and swing from cables so they can slice at the enormous titans' weakest spot on the nape of their necks.
Posted by ninalevy at 10:59 AM