Colossal Titan From "Attack on Titan" 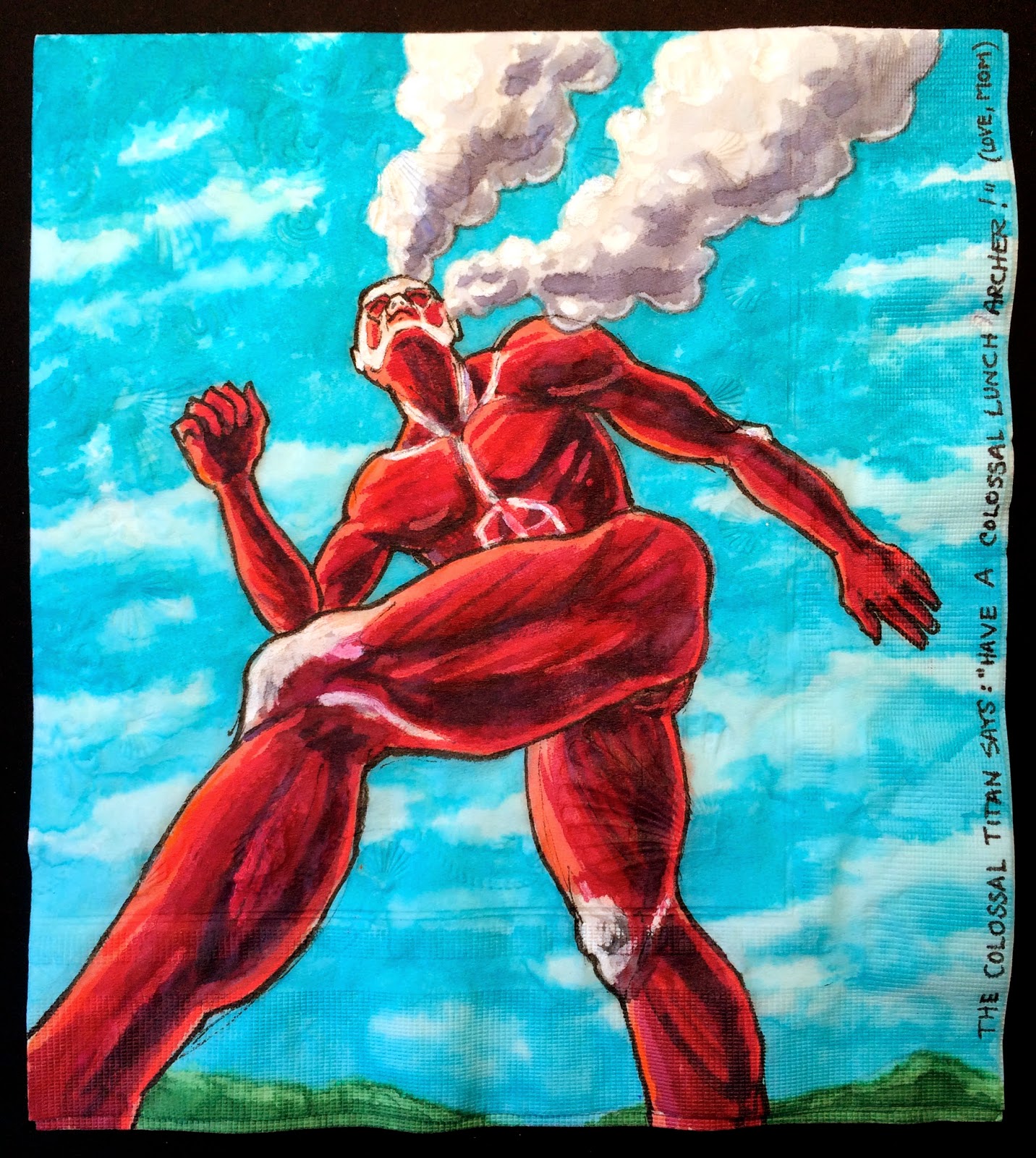 Archer suddenly "discovered" the series "Attack on Titan" this week.  By "discovered" I mean he finally picked up and read the books that had been on his book shelf for several months.

This often happens, when I first suggest a book, it is met with dislike or derision and hostility.  But when found in a pile somewhere without obvious maternal intervention, the same book that was previously rejected can become the subject of an obsession that lasts for several weeks.

And it certainly doesn't hurt when that book is the source of a video game that involves the bloody killing of huge monsters, and the ability to transform into a huge monster oneself.
Posted by ninalevy at 11:11 AM