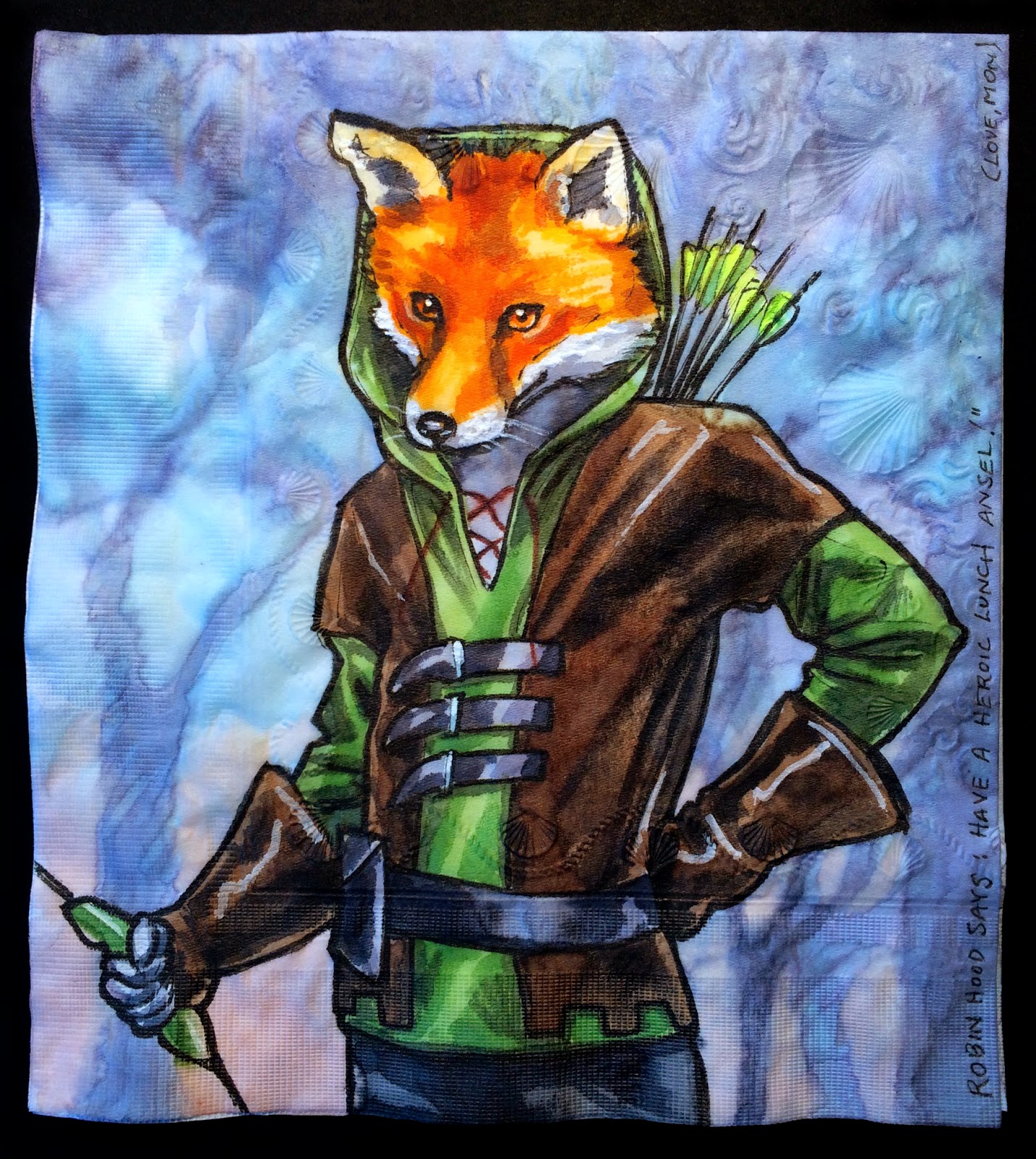 What does the fox Robin say?

As is often the case, a sudden and previously unknown need for things Robin Hood popped up yesterday.  The character has never been of much interest, despite my encouragement.  I remember enjoying the 1973 Disney animated fox version when I was a child.  Ansel and Archer have seen some of that movie, but were not particularly impressed. (Too slow, too much romance, not enough fighting...and singing??!!)  My purchase of a box of DVDs from the 1960's series, "The Adventures of Robin Hood" was greeted with hysterical derision (It's in back and white, Mom!) and has never been cracked open.

But suddenly yesterday afternoon, we really needed a Robin Hood costume.  Immediately.  And not the fey green felt and tights getup, but something darker and cooler with a hood.

Despite their lack of enthusiasm for the movie with the fox robin, I thought it would be best to put an animal in the costume, and while I briefly considered a raccoon, a fox really seemed like the best choice.  I put the bow mostly outside of the image for maximal lunchtime pacifism.

The costume is out of stock in Ansel's size until August, so we'll have some time to find out whether the Robin urge will stick around.
Posted by ninalevy at 11:50 AM