Milo The Dog From "The Mask" 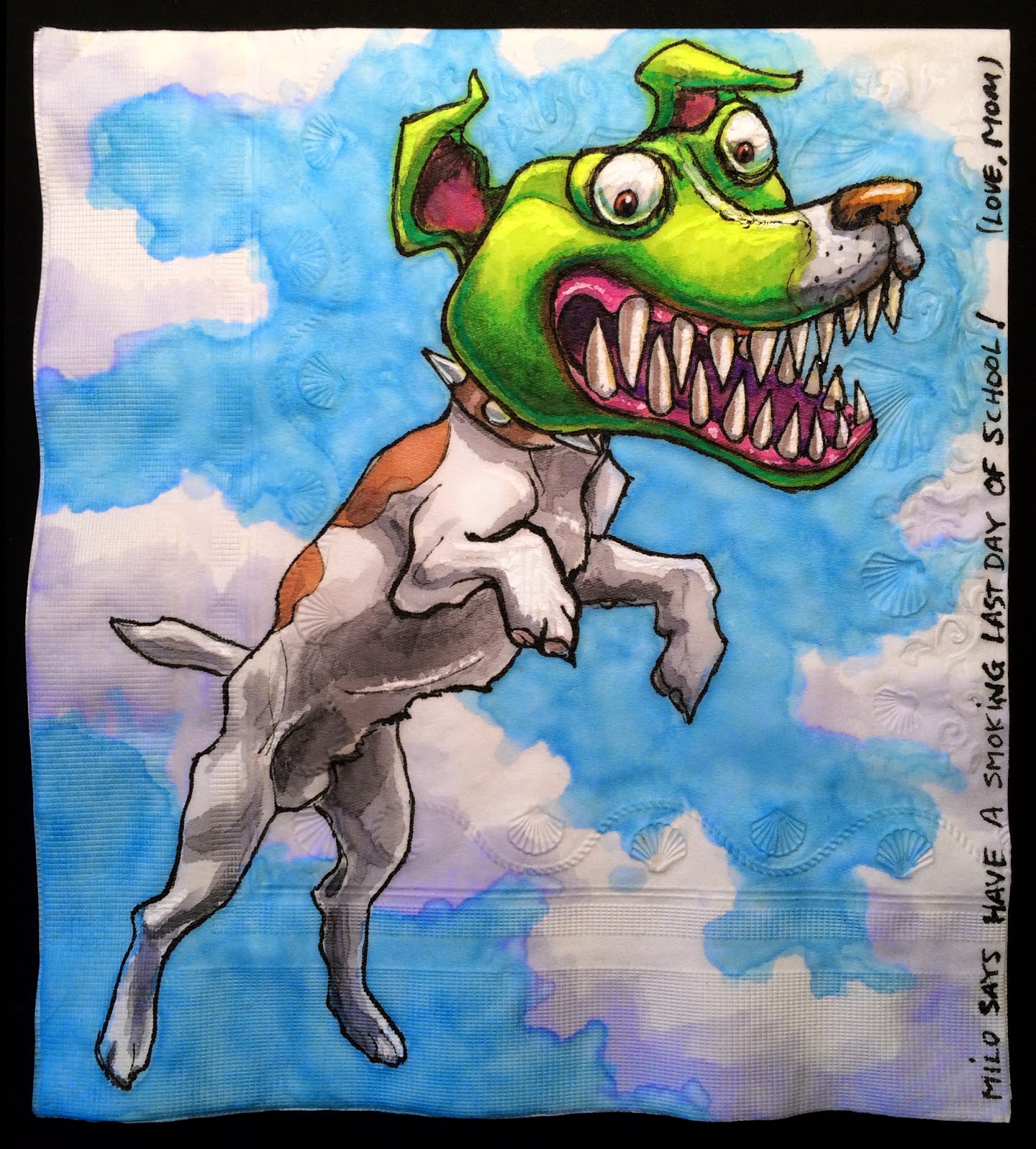 The entertainment at an 11 year old's birthday party over the weekend was a screening of "The Mask."  My sons initially found the movie far too slow and impossible to watch.  After a lot of whining and wandering in and out of the room, we finally arrived at the money shot of the movie as far as they were concerned- the wacky masked dog.  Suddenly, the entire thing was redeemed.

Ansel was quite certain that this was not possible.
Posted by ninalevy at 12:11 PM