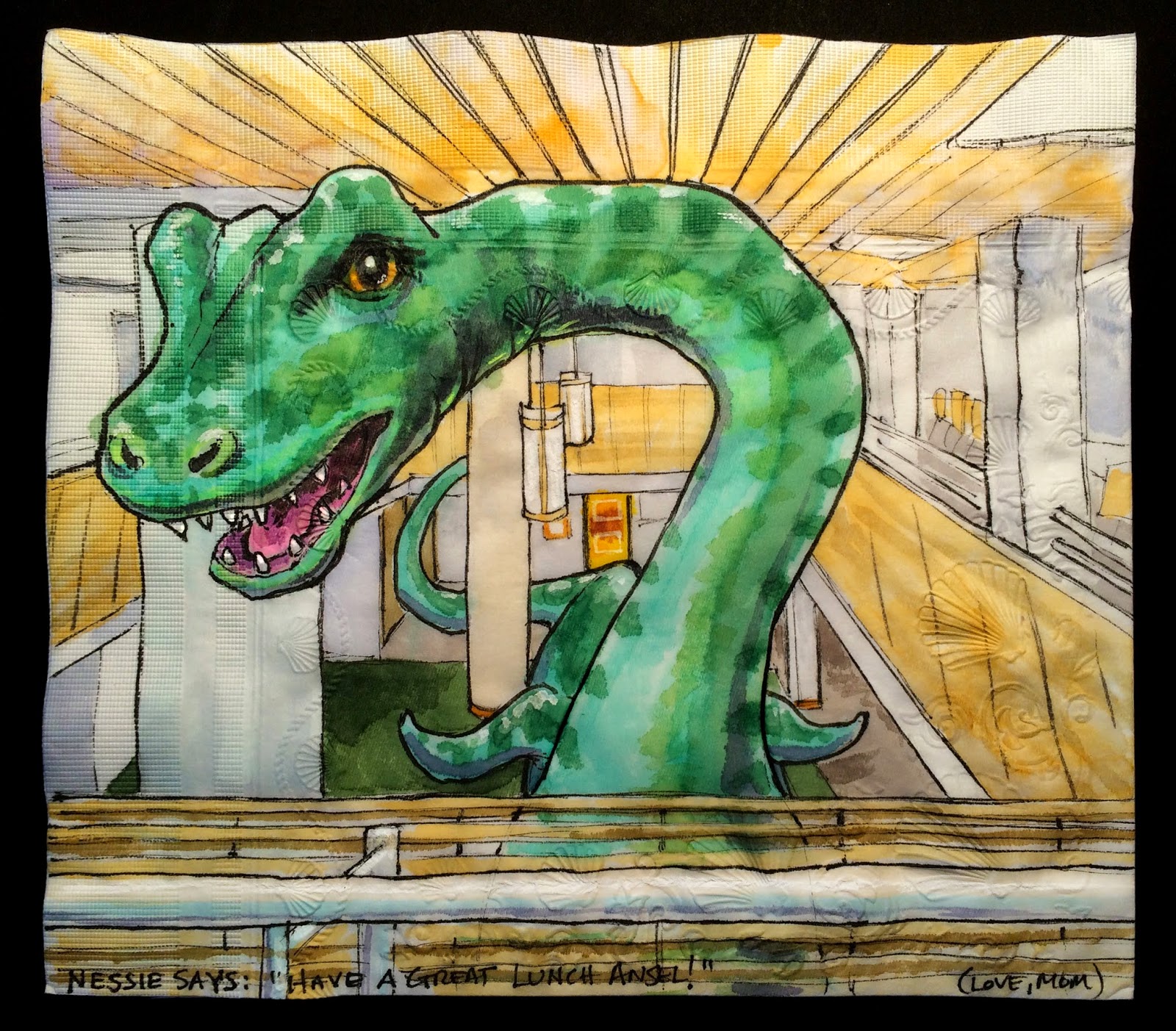 We read Doug TenNapel's "Iron West" in the school cafeteria yesterday.  The story includes a Loch Ness style "wingless dragon" deployed by a Native American shaman (later revealed to be an alien) to battle an army of "metal men" and a Transformer-like monster robot made from a locomotive.

There aren't too many spaces at school where one could unleash Nessie, but the lobby and mezzanine cafeteria did seem like a possibility.  My perspectival drawing is usually pretty poor, and napkin distortions make the situation worse, but the kids were at least able to recognize the setting.
Posted by ninalevy at 11:34 AM