Boris as Victuals in "reMIND" 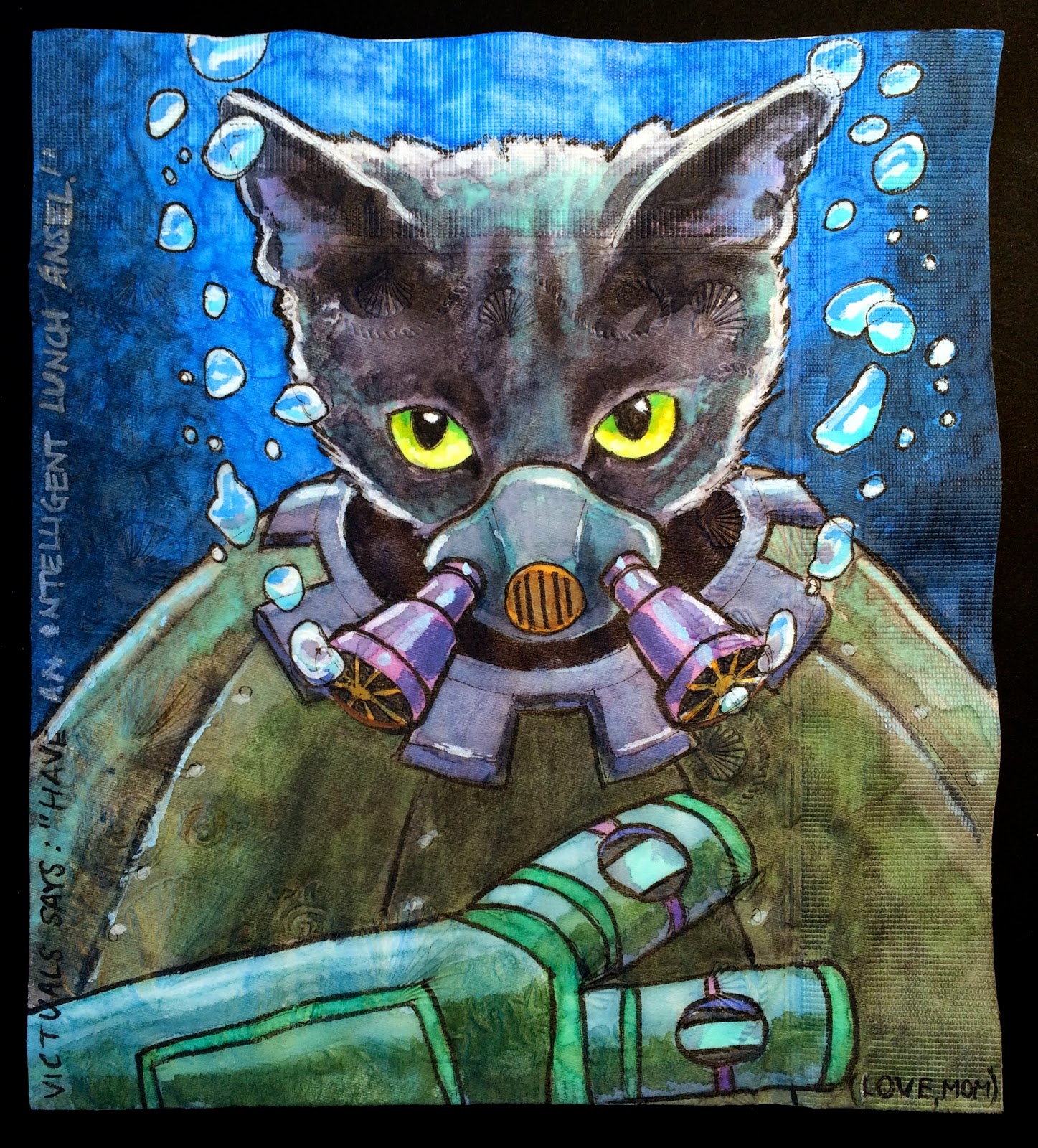 Last night we finished reading Jason Brubaker's "reMIND" a graphic novel which, among other compelling features, includes a talking, underwater-power-suit wearing cat.  This led to a discussion of why we do not have a cat (mostly because their father's airway would become constricted and he would die) They then wanted to hear their favorite stories about my long gone pet cats and how they used to pee in sinks, bathtubs and buckets...or on my art magazines.

I'm afraid this napkin image of my former pet Boris (the one who liked to pee on art magazines) standing in for the much more abstracted cat in "reMIND" was another after midnight, slapdash effort.

Earlier in the evening, in a rare momentary lapse of my usual helicopter parenting style, I sat for ten minutes actually talking to my spouse about something other than the kids themselves while they ostensibly went to the kitchen to make themselves a cup of herbal bedtime tea.  During that ten minutes, they prepared and consumed two cups of very strong, highly caffeinated black tea with (judging from the depleted state of the jar) several ounces of honey each.

Bedtime was a raging disaster.  One child had to get up to pee several times after 10 pm, while the other laid in bed wailing, literally bicycling his legs in the air.  By the time the kids were finally out of commission there was nearly no napkin at all.

I sadly resorted to making them caffeinated tea this morning....because, you know, they were kind of tired.