Wookie and Sasquatch: Chewbacca and Flink 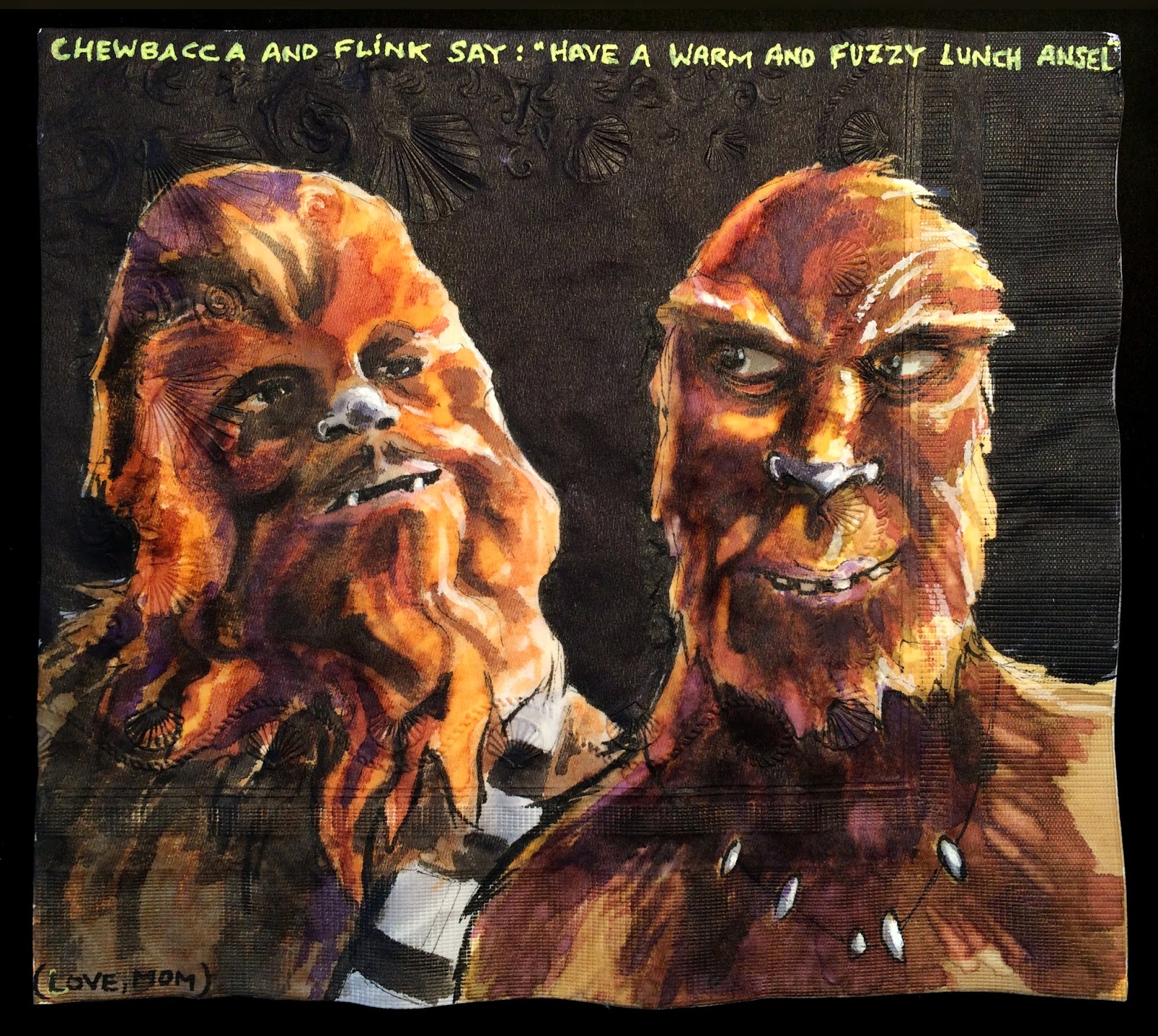 Continuing our Bigfoot theme: last night we followed "The Beast of Wolfe's Bay" and "Iron West" with Doug TenNapel's "Flink"

Ansel is not a big fan of Star Wars (he patiently suffered through his brother's multiyear obsession) but Chewie is still appealing...well, probably for the same reason that Bigfoot is.

I'm not sure what the potential relationship might be here?  Sure, they are both tall, hairy guys with grey noses, but I don't think they would have a language in common, so they won't be able to exchange hair care tips.