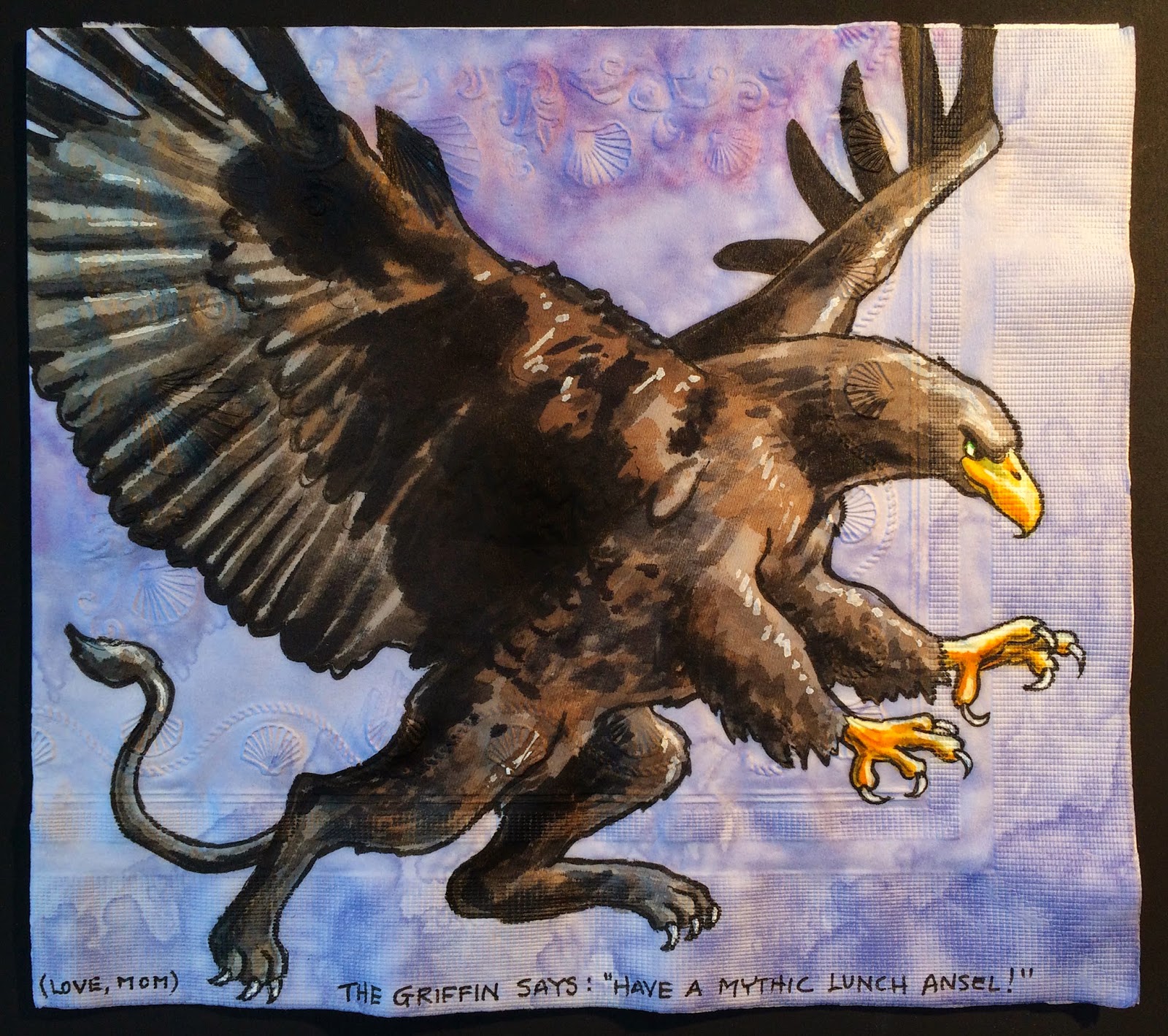 Our kids are often not so interested in real animals, but they are always want to read about monsters and mythical creatures.

The arrival of a couple of used books on the topic (including "The Mythical Creatures Bible") over the weekend escalated Ansel's enthusiasm to the point that he wanted a griffin on his napkin.

While I might have been slightly critical of some of the goofy contemporary renderings of these creatures in this book and several of the others in rotation at our house, I found it more difficult that I might have hoped to pull off a convincing griffin myself.
Posted by ninalevy at 1:04 PM

Email ThisBlogThis!Share to TwitterShare to FacebookShare to Pinterest
Labels: Ansel 2013-14, Not Trademarked