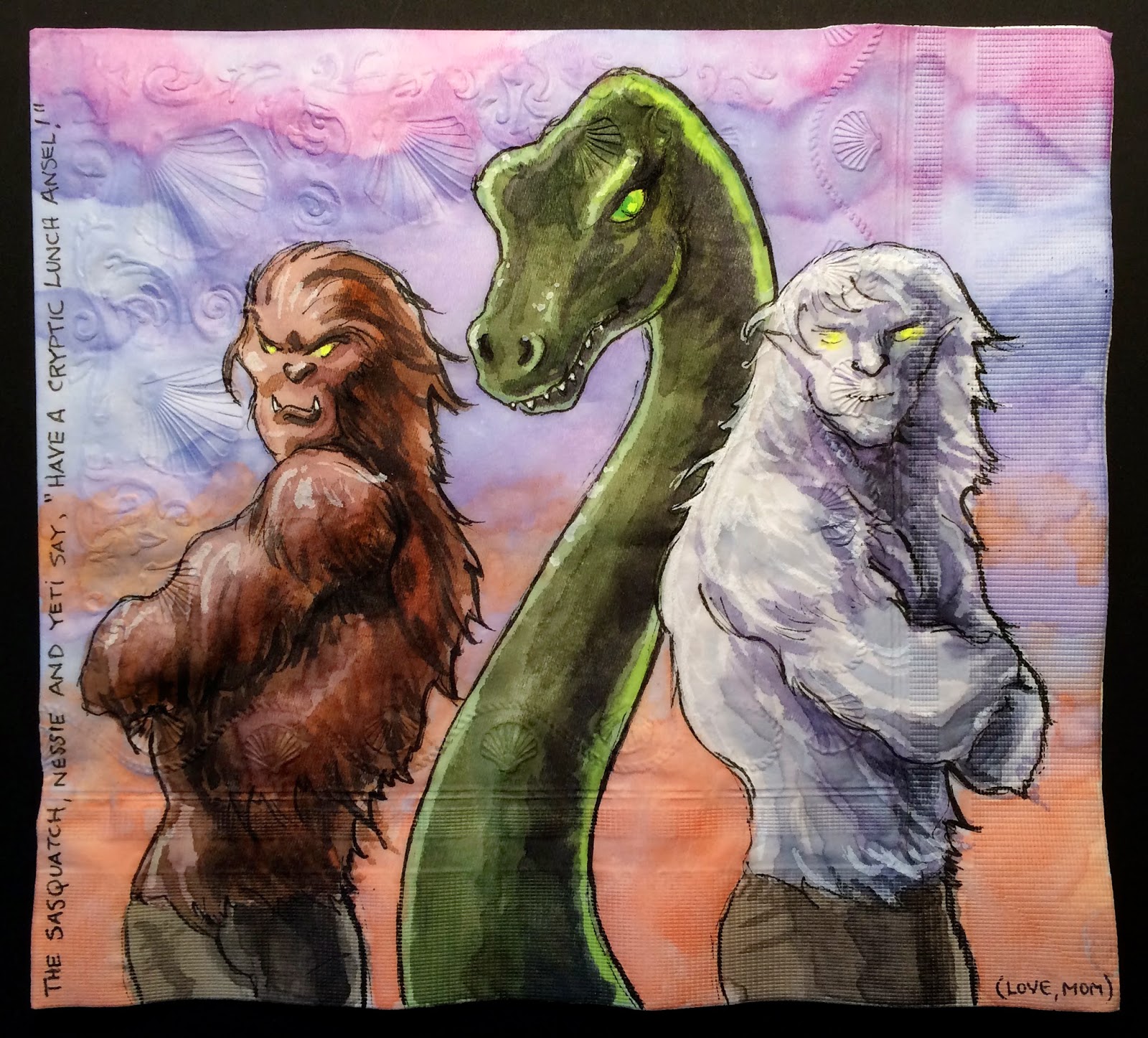 We finished reading "The Beast of Wolfe's Bay" and started rereading Doug TenNapel's "Iron West," a graphic novel that includes a Sasquatch in a sort of steam punk old west setting that features cowboys, indians, aliens and special appearance by the Loch Ness Monster.

This all led to the question of why isn't there a Bigfoot superhero?  After a big of Google research, I can report that of course there is the Marvel character of "Sasquatch."  I don't think he is quite what the kids had in mind, however.  Nor does it seem likely that he will be appearing in a major motion picture any time soon. His back story involves a "mystic portal" to the "Realm of Mighty Beasts" which allows a former football player to be possessed by a "mystical beast called Tanaraq"  All of this makes irradiated spider bites and gamma radiation seem like relatively plausible excuses for super powers.

For the napkin today, I tried to imagine a more palatable super cryptid team.  The guys are wearing pants because, despite all the crotch obscuring fur, it just seemed like a more reasonable solution.